President Barack Obama revealed what he thinks is the most important way to manage the stress of his job in an interview with The Huffington Post last week.

Obama credited morning exercise and his Hawaiian roots for his ability to keep a calm demeanor in such a high-stress environment, but he noted family is what really keeps him grounded.

"But I think the most important -- I'm very consistent about spending time with family," he added. "And when you have dinner with your daughters -- particularly teenage daughters -- they'll keep you in your place and they'll teach you something about perspective." 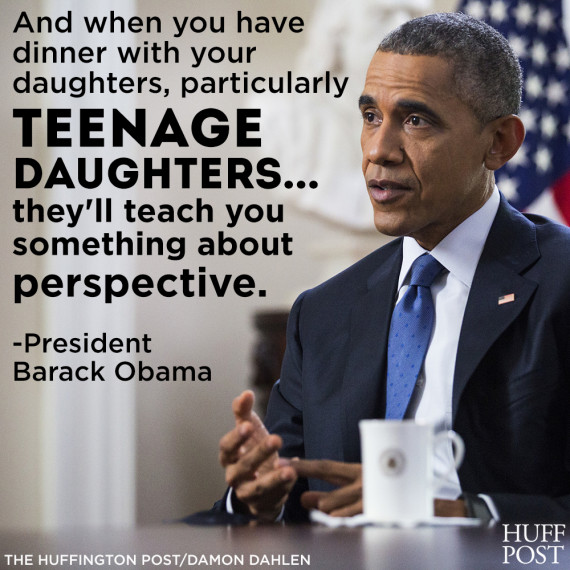 Obama said it's also important to "take the long view" on issues instead of panicking about what's happening day by day.

"Everything's a crisis, everything is terrible, everything is doomsday, everything is -- if it doesn't get solved tomorrow, you know, your presidency is going off the rails. There must have been what, 15, 20 things that over the last seven years folks have said, 'This is it. It's over,'" Obama said. "You know, we had the Gulf oil spill, worst environmental disaster in history. Everybody said, 'Ah, he's handling this terribly.' A year later, nobody was talking about it, and in retrospect, it turns out that we handled that as well as any environmental crisis has been handled."

Watch a clip of Obama's interview with HuffPost above.