And it’s not gymnastics, which Obama finds “spectacular,” but far “too tense,” he told first lady Michelle Obama in an interview posted Monday on the White House website.

The 100-meter, Obama said, “is a great race, but it’s over a little too quick, whereas the 200 you can see them coming around that curve.”

Which brings us to the president’s all-time favorite Olympian: “It’s got to be Jesse Owens, even though it’s a little before my time,” he said. “When you think about not only being the fastest man in the world, but you’re doing it in front of the Nazis, sending a clear signal about what America stands for, the equality of all human beings. Pretty powerful stuff.”

During the White House video, the president and first lady quiz one another about their favorite Olympic moments. Michelle Obama said that if she could participate in any event, it would be gymnastics, although she knows she’s “a little too tall,” and reminisced about the excitement surrounding the games when she was growing up.

“The Olympics would take over life,” she said. “And everyone in the neighborhood would watch.”

The 2016 Olympics kicked off Friday in Rio de Janeiro.

The Obamas ended their video with a message of support for Team USA.

“Bring home the gold, for the red, white and blue,” the president said.

“We’re behind you every step of the way.” the first lady added. “We love you.”

In his weekly address over the weekend, Obama said the United States is a “nation of immigrants that finds strength in our diversity” and encouraged Americans to “cherish this opportunity to come together around one flag.” 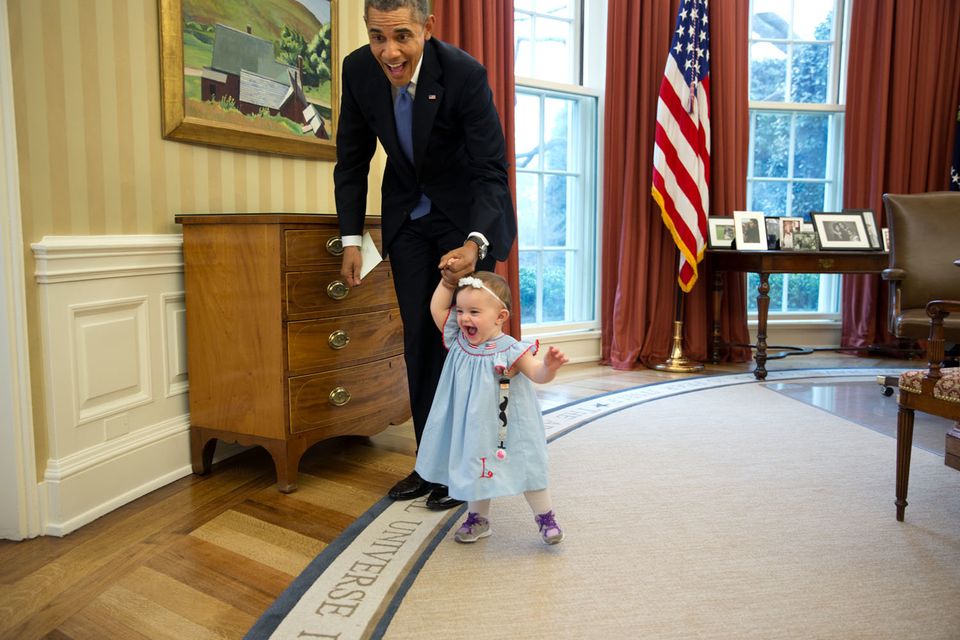