President Obama has been looking a little more stylish lately (hello, Canadian tuxedo!), and now we know why: He's taken an interest in shopping.

On Tuesday, POTUS made a stop at the Gap on East 42nd Street and Third Avenue in New York City, telling a sales associate he was on a mission for Michelle, Sasha and Malia. According to the pool report, Obama remarked, "I think the ladies will be impressed by my style sense," (not realizing that Gap isn't, y'know, Zara).

He also nixed a V-neck for one of his daughters, saying, "I'm worried the V-neck is going to slip." (Nope, it won't, POTUS.)

The excursion wasn't just for kicks; according pool reports, a White House official stated: "In his State of the Union address, the President called for businesses to raise workers' wages, and today the President will visit a Gap store to show his support for Gap Inc.'s decision to increase wages for their US based employees."

He's also showing support, apparently, for late-season knits, picking out a gray and white striped sweater and a bright coral one for his girls with the help of a saleswoman. He needed some assistance checking out, too. When he was told he could swipe his credit card himself directly in the card reader, he joked, "Oh, wow. So, you can sign the machine?" According to pool reports, he was just kidding: "They had these around the last time I shopped."

On visit to The Gap, Pres Obama inspects pink sweaters for his daughters. (TV Pool photo by @marykbruce/ABC) pic.twitter.com/jSEWoRbsdJ

Malia, somewhere: "The Gap, dad?" MT @steveholland1: Obama shops for clothes for daughters at the Gap in Manhattan pic.twitter.com/wlx5KbnVwN

Per pool, the checkout ladies at the Gap tried to sell even Obama on one of their Gap credit cards. Commissions on those must be high. 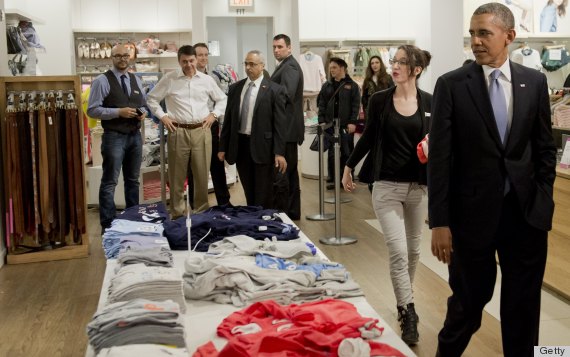 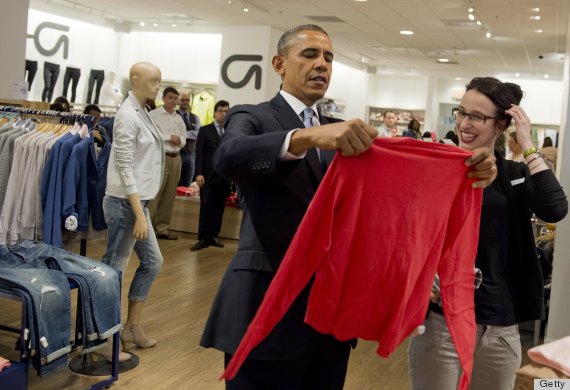 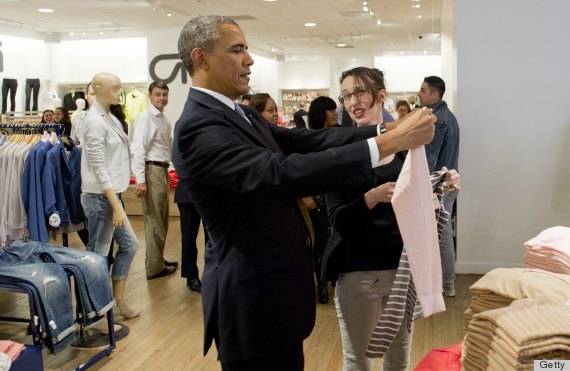 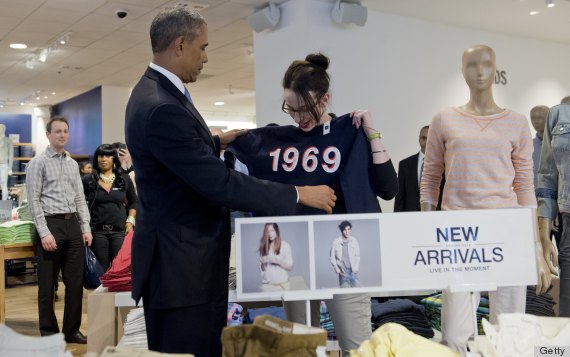 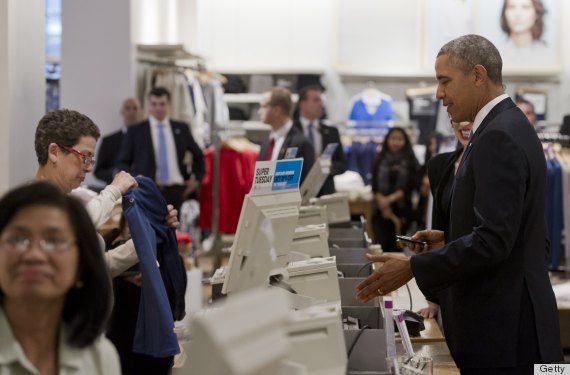