WASHINGTON, Dec 20 (Reuters) - President Barack Obama says he's not worried about his daughters starting to date. After all, he's got some help keeping an eye on them.

"And the second thing is, I've got men with guns following them around all the time," Obama quipped, referring to the Secret Service detail that is a constant presence around his family.

"This is the main reason I ran for re-election," he joked in the light-hearted interview taped at the White House. "You know I'm going to have them covered for most of high school." Obama and his family left for a two-week holiday in Hawaii on Friday.

He and his wife, first lady Michelle Obama, have worked hard to keep their daughters out of the public eye as much as possible during his presidency.

"They're doing great, but they grow up so fast," Obama said in the interview.

Obama said he worries about "getting in the way of the girls just having a normal life" and said he has taught them to make good decisions about relationships.

"What I've told them before is, as long as that young man is showing you respect, and is kind to you, then I'm not going to be hovering over every second," he said.

"I think it's intimidating enough to be asking out the daughter of the president without me adding to that intimidation factor," he said. (Reporting by Roberta Rampton; Editing by Eric Walsh) 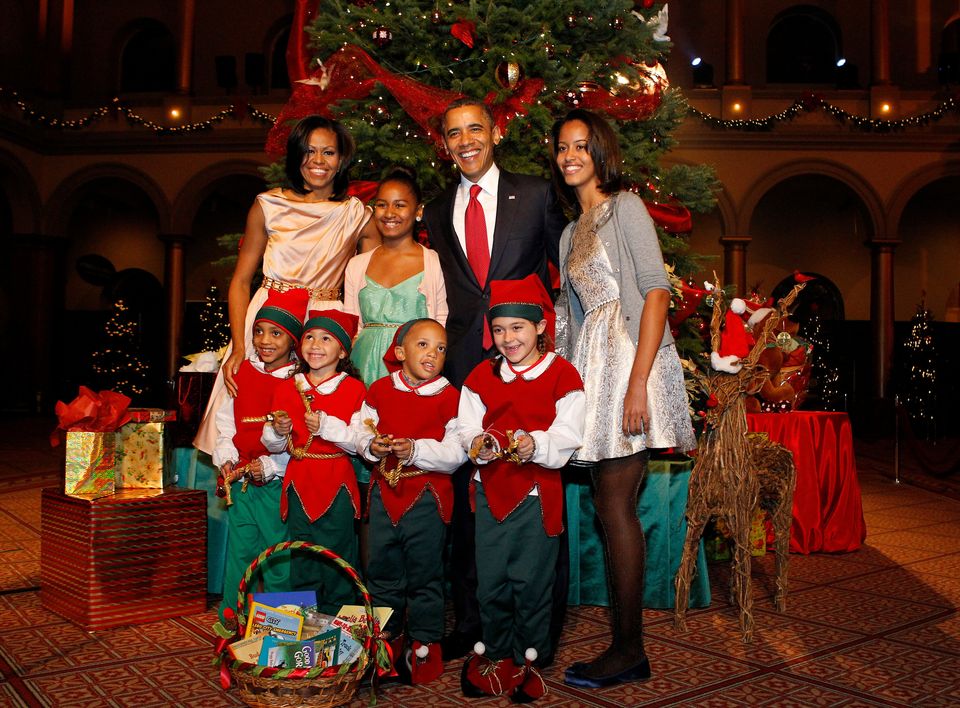