Sen. Barack Obama's camp is sending out mailers in Pennsylvania directly taking on Sen. Hillary Clinton for her position on trade.

The piece, which was obtained by The Huffington Post, tiptoes the line between position contrast and general attack, as the Obama campaign cites several news items and quotes that are subject to different interpretations.

For example, the mailer cites a Newsday article from September 2006 concerning Clinton's perceived support for NAFTA. Aspects of that article, however, were retracted because it included the since-discredited line that the Senator said the trade agreement was a "boon." The Obama mailer didn't include the "boon" quote, but even Newsday offered that the use of their piece in a political context could be misleading.

In addition, the mailer criticizes Clinton for supporting permanent normal trade relations with China, citing a 2000 quote she made to CNN: "But on balance, I've looked at this, I've studied it. I think it is in the interests of America and American workers that we provide the option for China to go into the WTO."

Obama, however, has a similar quote from the Illinois Farm Bureau, albeit one with greater caveats and stipulations. "So I think it is important for us to negotiate our trade agreements recognizing that the global economy has shifted," he said in September 2004. "What that means then is that when the Chinese government devalues its currency by 40%, we've got to make sure that we bring China before the WTO. The same way that we get brought before the WTO if other countries think that a disadvantage, that they are being disadvantaged by our existing trade policies."

Beyond these quips, however, is a bigger question. Does this sully the Obama campaign's attempts to paint Clinton - who is running a slate of negative advertisements in Pennsylvania - as the only candidate to go negative?

As David Plouffe, Obama's campaign manager said of Clinton on a conference call on Thursday: "It is a relentlessly negative campaign here in Pennsylvania running negative ads around the state... her campaign can really be defined as an attack strategy day after day, trying to destroy Senator Obama." 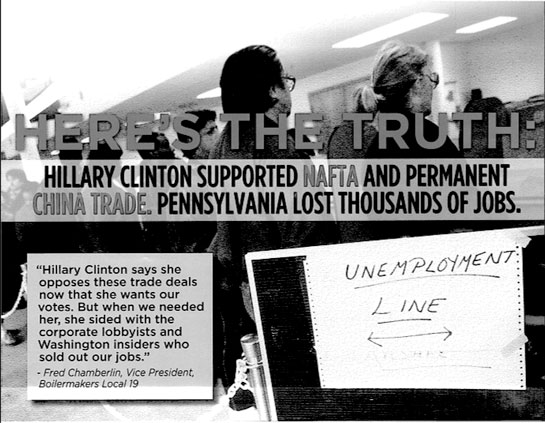 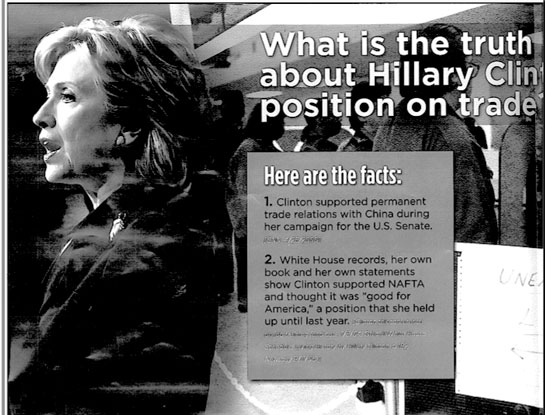 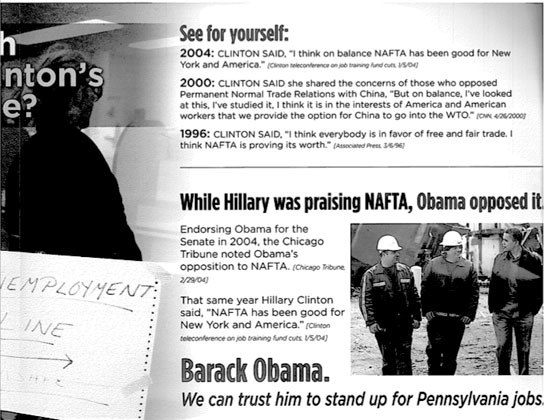 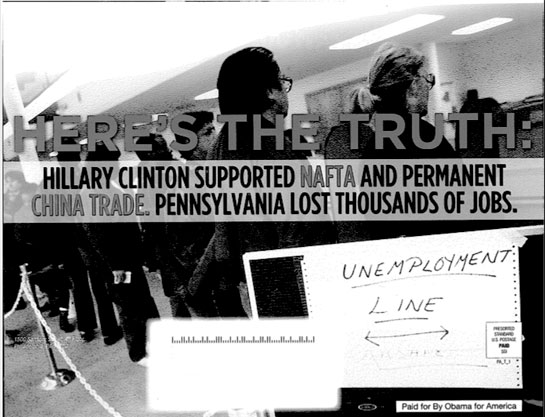