WASHINGTON -- Barack Obama's gifts as an orator were central to his rise as a politician. But as he prepares for the final State of the Union address of his presidency -- one of his last big speeches as a public servant -- both he and his advisers have come to believe that the speech's format doesn't play to his rhetorical strengths.

Over the course of seven years, Obama's team reached the conclusion that the State of the Union is old and stale, a speech that often fails to increase the president's popularity or produce policy wins. That Obama will deliver what his administration is advertising as an unconventional address on Tuesday is no surprise to confidants. They think the traditional approach doesn't work.

Obama's first address to a joint session of Congress, in 2009, was not a State of the Union in formal title or tone. He had assumed office just weeks prior, and his speechwriters decided to distill his campaign stump speech into a vision of governance, adjusted to reflect the simmering economic crisis that he inherited.

One year later, that crisis was not as foreboding, but it was still firmly on the public's mind. The challenge facing Obama's speechwriters was twofold: to communicate complex financial problems in an understandable way and to talk about the recovery without offending those feeling left behind.

"I remember trying to explain the financial crisis and credit default swaps in that first speech. And that was probably the first time we decided to explain the Recovery Act as divided into three parts," said Jon Favreau, the president's longtime speechwriter, who penned five of Obama's State of the Union addresses. "That is probably going to be on our tombstone. Describing it in three parts was a signal that we had already lost [the communications battle]."

The resulting speech taught the White House a valuable lesson: State of the Union addresses don't calm critics and they aren't even great at assuaging a panicked base.

"I don't think Barack Obama and Jon Favreau and David Axelrod went from being political geniuses to political idiots in just two months," said Gene Sperling, Obama's former director of the National Economic Council. "It was just that hard."

It wasn't just credit default swaps that proved difficult to explain. Health care reform took up a large chunk of the 2010 address. But when the vote on the Affordable Care Act came two months later, both Congress and the country remained firmly divided, and do to this day.

I don't think Barack Obama and Jon Favreau and David Axelrod went from being political geniuses to political idiots in just two months. It was just that hard. Gene Sperling, Obama's former director of the National Economic Council

As his first term progressed, the president shifted his economic policy focus toward reducing government spending. But that, too, did little to sway detractors. There would be 12 nods toward deficit reduction in the 2011 State of the Union after 13 the year before. But Republican leadership demanded more spending cuts, nearly causing a government shutdown and a credit default in the summer of 2011 in pursuit of them.

By that point, Obama's view of the State of the Union had grown more negative. He had lost control of the House of Representatives in the 2010 elections -- forcing him to scale back on the lofty, visionary elements of the speech. But some of his frustration was just the byproduct of being in office.

Prepping a State of the Union is an arduous task that begins as early as the summer of the previous year. "The most work for the least gratifying speech," as Favreau put it. Obama's team came in hoping to simplify the process and shorten the address. The president would sit down with his speechwriters to discuss his preferred themes, and those speechwriters would meet with Cabinet secretaries to decide which issues to emphasize.

But, as is often the case in life, shitty things happen. For the president and his speechwriters, complications would come in the form of stakeholders demanding that their pet projects be addressed. "It's the fiercest lobbying battle in Washington," former Obama press adviser Ben LaBolt said, "and it goes six months."

Real world events also intervened. As Favreau was in the middle of writing the 2011 address, for example, reports flashed across his screen that Rep. Gabby Giffords (D-Ariz.) had been shot. "So we obviously rewrote a good deal of the opening and closing," he said.

In recent addresses, the rise of the Islamic State group has forced him to shift focus. After mentioning terror or terrorism just eight times over the first four years, Obama uttered those words 22 times in the last three.

But for all the work put into these addresses, they were delivering diminishing returns. The fragmented media environment, said Dan Pfeiffer, Obama's longtime adviser, made it "nearly impossible for a single speech of any kind to deliver an immediate and measurable change in public opinion" -- a theory the data supports.

Obama began to find the process grating. Following his 2012 address, he scanned his iPad to read the commentary on the speech. And as Axelrod wrote in his book, Believer, the indifferent reviews confounded him.

"They just want me to light myself on fire," Obama exclaimed.

In reality, self-immolation probably would have gone over only slightly worse than the joke Obama told that year: a groan-inducing line about "spilled milk" and government waste that Favreau thought might end his time in the administration. "I looked at Twitter," he recalled, "and was like, 'I think I'm going to quit the White House right now.'"

Convinced that the State of the Union address wasn't the great political instrument that its pomp and circumstance suggested, the administration made adjustments. Last year, in a break with decorum that left the press corps slightly perturbed, staffers posted the text of the speech in advance on Medium. And rather than hoard all the policy pronouncements in the address until its delivery, they decided to strategically leak virtually all of it.

"The lesson both the Clinton and Obama administrations learned was going from 'the State of The Union is in January' to 'the entire month of January is your State of the Union,'" said Sperling, who worked for both White Houses. "Administrations tend to put a lot into preparation, and then they gradually realize, 'We just put 28 days of policy news into one speech.'"

This year, the Obama administration has put up Instagram previews and struck a deal to live-stream the State of the Union on Amazon. As for the policy portfolio, there won't be much to leak. Advisers say that the president -- with one year left in his final term -- will dispense with the laundry list and talk more about progress made and his broad vision for the future.

"You have to write the speech in the context of the times in which you give it," said Axelrod. "[Tuesday's] speech will be entirely different than any of the ones he's previously given."

'They Just Want Me To Light Myself On Fire': How Obama Came To Hate The State Of The Union Address
State of the Union Guests 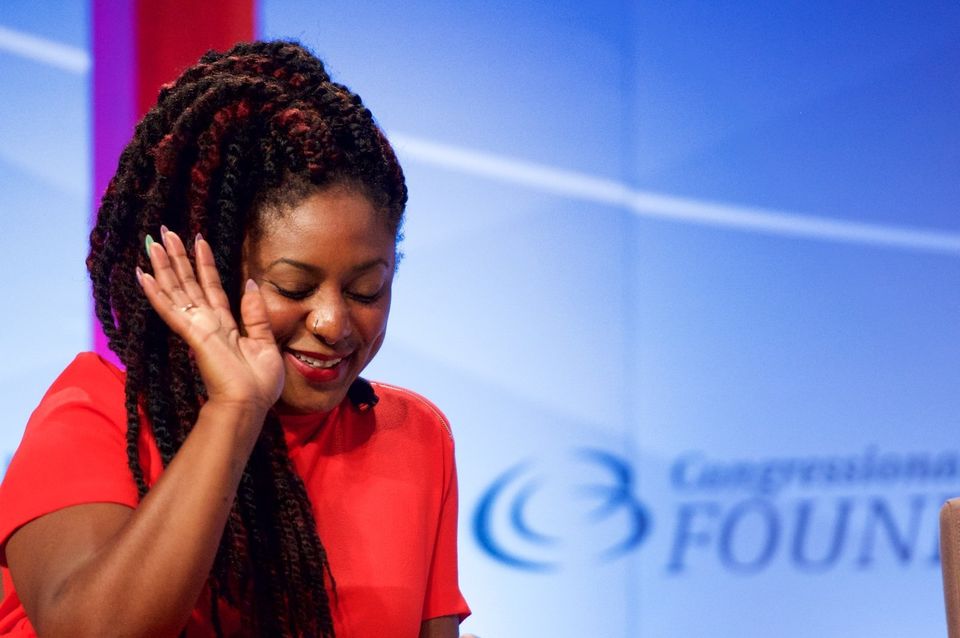 1 / 8
Black Lives Matter co-founder Alicia Garza
Alicia Garza, a co-founder of the Black Lives Matter movement, <a href="http://www.bet.com/news/national/2016/01/11/black-lives-matter-co-founder-will-be-a-guest-at-state-of-the-un.html">was invited by Rep. Barbara Lee</a> (D-Calif.). Garza sent out a <a href="https://twitter.com/aliciagarza/status/685568018244435969">tweet</a> last week about the invitation, lauding Lee over her advocacy "against war and militarism, and [for] Black liberation."
Earl Gibson III via Getty Images