President Barack Obama and his family are scheduled to spend their seventh straight Christmas in Hawaii, according to the White House.

The first family will leave Washington on Dec. 19 for Honolulu on the island of Oahu, according to the White House press office. In the past, the family has stayed on the east side of the island in the upscale town of Kailua, about 45 minutes from tourist-heavy Waikiki. They've stayed in the same $3,500-a-day, beachside rental home for the past three years.

The Obamas have a fairly predictable Hawaii itinerary by now, featuring golf, shave ice, snorkeling trips to Hanauma Bay and dinners out at Alan Wong's.

Sen. Brian Schatz (D-Hawaii) told The New York Times that the annual trip is a sanctuary for the president, who spent most of his childhood in Hawaii. “One of the reasons that the president, I think, likes it here is that he can have a sense of normalcy, even within his security bubble,” Schatz said last year. “He can still feel, perhaps, like he did when he was a teenager, just for a few moments at a time.”

Last year, the only holiday surprise from the Obama family came when the president and his daughters returned to D.C. after two weeks, and Michelle Obama stayed in Hawaii. At her husband's suggestion, the first lady went to Maui ahead of her 50th birthday to spend time on Oprah Winfrey's 17-acre estate. 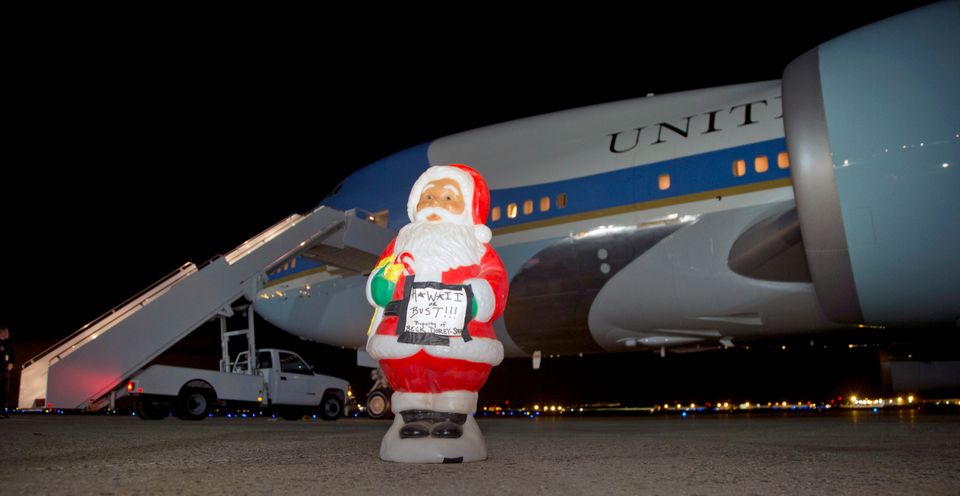 1 / 34
Obama Hawaii
A Santa figurine with a sign that says "Hawaii or Bust" stands on the tarmac in front of Air Force One before President Barack Obama and first lady Michelle Obama and their daughters Sasha and Malia board, Friday, Dec. 20, 2013, in Andrews Air Force Base, Md., en route to Hawaii for their annual family vacation. A staff member put the stature there to photograph it before departure. (AP Photo/Carolyn Kaster)
ASSOCIATED PRESS