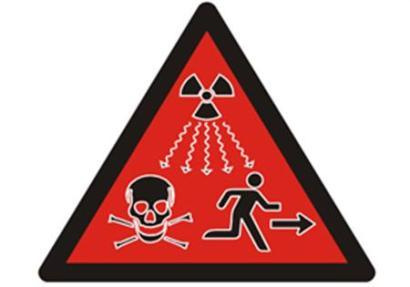 Well isn't this a cozy little group: Obama, Exelon, and their consultant, Obama's main man David Axelrod. A partnership made in heaven for the nuclear giant Exelon, which has given "at least $227,000" to Obama's campaign that eventually got them legislation from the Illinois Senator written with their best interests in mind. If this was a story about Clinton rewriting legislation to benefit one of her biggest campaign contributors, who also happened to be Big Nuke, there would be blaring headlines across the web. That it revolves around nuclear leaks and helping provide cover for Exelon, a big biz corporate contributor for Obama, against the best interest of a community, is not a small issue either. You cannot buy this type of free pass from the traditional media. They have to be willing to be complicit in it, because any way you slice it this is a huge story.

The report in the New York Times is alarming. For one thing, you've got to wonder why he told a whopper in Iowa when the records are so easily revealed. Of course, to win. But when it concerns radioactive leaks and the protection of citizens, we're talking about the morality of personal politics and professional ethics. Guess Obama knows the press has been asleep where he's concerned and counted on that continuing. Oops.

Mr. Obama scolded Exelon and federal regulators for inaction and introduced a bill to require all plant owners to notify state and local authorities immediately of even small leaks. He has boasted of it on the campaign trail, telling a crowd in Iowa in December that it was "the only nuclear legislation that I've passed."

"I just did that last year," he said, to murmurs of approval.

A close look at the path his legislation took tells a very different story. While he initially fought to advance his bill, even holding up a presidential nomination to try to force a hearing on it, Mr. Obama eventually rewrote it to reflect changes sought by Senate Republicans, Exelon and nuclear regulators. The new bill removed language mandating prompt reporting and simply offered guidance to regulators, whom it charged with addressing the issue of unreported leaks. ... ..

This is what has bothered me about Obama from the start. The let's make a deal approach to bipartisanship. I'm all for compromise when it's required, but the type of stuff the Times talks about is a problem for Democrats who believe we've got better ideas, answers and solutions, and should hold off caving to wingnuts, especially the nuclear industry.

But I guess when you've got Exelon, based in Illinois, giving "at least $227,000" to your U.S. Senate and presidential campaigns, you've got to take care of your big biz contributor, including taking the teeth out of legislation, making mandatory reporting voluntary instead. How very convenient for Exelon. Frank M. Clark, executive vice president to Exelon, and John W. Rogers Jr., a director there, are among his largest fund-raisers, according to the Times. John W. Rowe, also an Obama contributor, is chairman of the Nuclear Energy Institute, which is -- get ready for it -- the nuclear power industry's lobbying group.

Back to what Obama told Iowans:

Those revisions propelled the bill through a crucial committee. But, contrary to Mr. Obama's comments in Iowa, it ultimately died amid parliamentary wrangling in the full Senate.

"Senator Obama's staff was sending us copies of the bill to review, and we could see it weakening with each successive draft," said Joe Cosgrove, a park district director in Will County, Ill., where low-level radioactive runoff had turned up in groundwater. "The teeth were just taken out of it." ... ..

In addition, Mr. Obama's chief political strategist, David Axelrod, has worked as a consultant to Exelon. A spokeswoman for Exelon said Mr. Axelrod's company had helped an Exelon subsidiary, Commonwealth Edison, with communications strategy periodically since 2002, but had no involvement in the leak controversy or other nuclear issues.

So amidst Obama's defense, which is in the article, what's the bottom line? For me it's this:

In interviews over the past two weeks, Obama aides insisted that the revisions did not substantively alter the bill. In fact, it was left drastically different.

In place of the straightforward reporting requirements was new language giving the nuclear commission two years to come up with its own regulations. The bill said that the commission "shall consider" -- not require -- immediate public notification, and also take into account the findings of a task force it set up to study the tritium leaks.

By then, the task force had already concluded that "existing reporting requirements for abnormal spills and leaks are at a level that is risk-informed and appropriate."

The rewritten bill also contained the new wording sought by Exelon making it clear that state and local authorities would have no regulatory oversight of nuclear power plants. ... ..

I'm against nuclear energy playing any major role in our energy solutions until we find out what to do with waste. Clinton isn't strong enough for me on this issue either, but compared to Obama she's the Mother Teresa of alternative energy. I also think that transporting nuclear waste to a dump site is a terrorist target of lip smacking proportions. So to hear that Obama, who is tied in with Exelon, as was David Axelrod, is willing to lie to Iowans to protect his nuclear baggage, is at the very least troublesome. But to learn about the realities of his legislation and how tight his relationship is to the nuclear power industry, well, it adds yet another let's make a deal negative on to all the other ones I've proven over the last year. It also makes me nervous. It should you too.