"Despite many obstacles, much has changed during my time in office," the president said at the annual event. "Four years ago, I was locked in a brutal primary battle with Hillary Clinton. Four years later she won't stop drunk-texting me from Cartegana."

Earlier this month, Clinton was captured on camera drinking a beer in Cartagena, Colombia, where she traveled to attend the Summit of the Americas. It was just before the trip that a striking photo of the secretary of state texting aboard a military C-17 plane on her way to Libya gave way to "Texts from Hillary" -- an Internet meme sensation.

Click here to check out "Texts from Hillary." Below, a photo of Clinton in Cartagena, Colombia. 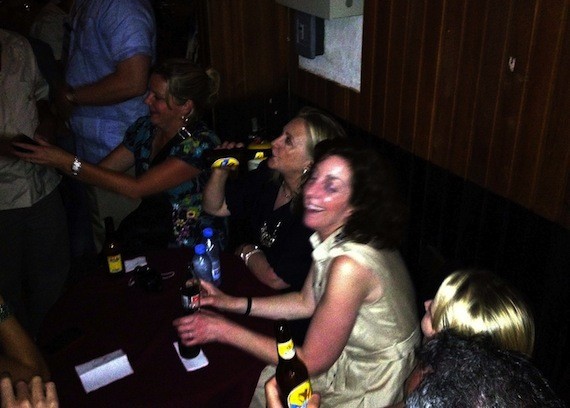