President Barack Obama and former Secretary of State Hillary Clinton were all smiles during a lunch meeting at the White House on Monday.

A White House spokesman said it was "largely friendship that's on the agenda" at the private meeting.

Below, a photo of the two top Dems during lunch: 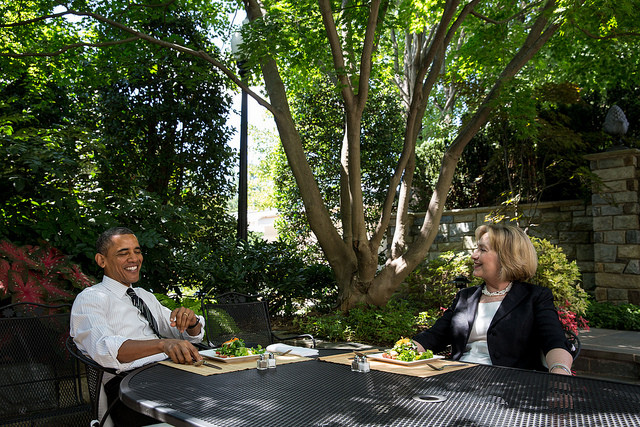 Below, more from the AP on the Obama-Clinton lunch:

WASHINGTON -- It's the most talked about lunch in the nation's capital.

President Barack Obama and former Secretary of State Hillary Clinton are dining privately at the White House Monday. While it's not the first time the pair have seen each other since Clinton left the administration earlier this year, each of their get-togethers are closely analyzed.

That's because Clinton is considered a leading contender to replace Obama, though she hasn't said whether she'll launch another presidential campaign.

The president is also being watched for signs of who he will support in the race to replace him. Vice President Joe Biden is also believed to be considering a run for the White House, potentially leaving Obama caught between two of his closest advisers.