BEIJING -- On May 27, President Barack Obama will pay a historic visit to Hiroshima as the first serving U.S. president to visit the Japanese city. Officially, the White House announced the trip will highlight Obama's continued commitment to pursuing a world without nuclear weapons and a strengthened U.S.-Japan relationship during his presidency. However, with Japanese Prime Minister Shinzo Abe actively shaking off the limit of the pacifist constitution and advocating containing China, Obama's visit could send very wrong messages.

Obama's visit could provide conservatives in Japan an opportunity to highlight their victim image and to obscure the war crimes the Japanese fascist regime committed during World War II. In recent years, Japanese politicians' frequent visits to the Yasukuni Shrine in Tokyo and a tendency to deny war crimes have sparked strong opposition and alerted many conscientious people all around the world of the risk of a remilitarized Japan.

Obama's visit could provide conservatives in Japan an opportunity to obscure the war crimes committed during WWII.

As the first and only country that used the atomic bomb against Japan, causing huge loss of life and property in Hiroshima and Nagasaki, the U.S. has been very cautious when handling the issue. That's why, over the past 71 years, no sitting U.S. president visited the Hiroshima or Nagasaki.

It has been reported that Obama will tour the Peace Memorial Park constructed atop the busy commercial district obliterated by the bomb. Fairly speaking, it is all right for Obama to honor the civilian victims of the bombing. But while the U.S. is eager to show the two countries have worked through World War II-era grievances, it should never forget the suffering Japan caused to the world during the war. 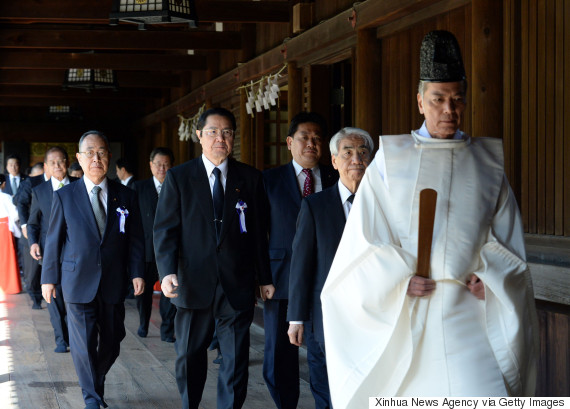 Japanese lawmakers, including a senior member of Abe's cabinet, visit Yasukuni in Tokyo on April 22, 2016. (Xinhua/Ma Ping via Getty Images)

For President Obama to keep his promise and continue to promote a nuclear-free world is justifiable, but such a visit to Hiroshima will inevitably highlight the victim image of Japan and be perceived as an apology for using nuclear weapons against Japan. It could even encourage Japanese conservatives who never admitted the war crimes its government committed to act more provocatively. The reconciliation among the countries who were at war with one another is necessary for regional peace and development, but it must be based on a sincere reflection of past wrongdoing.

Therefore, it is not enough for the U.S. to merely point out that the open recognition of history is essential. Obama should also urge the Abe government to face history directly and take concrete measures to earn trust from neighboring countries. If Obama wants to turn the page, he should ask the Japanese government officials to behave responsibly regarding history. For example, the Japanese government should once and for all remove the shrines of class A war criminals from Yasukuni, which neighboring countries and even Americans find offensive and unacceptable.

If Obama wants to turn the page, he should ask Japanese officials to behave responsibly regarding history.

Recently, no country is more enthusiastic than Japan to advocate containing China in Asia, while Obama has made it clear that the U.S. does not intend to contain China. Does a historic visit to Hiroshima mean a reward for Abe's aggressiveness?

Ever since the beginning of this year, strategic competition and cooperation mutually strengthened between the U.S. and China. On the one hand, China and the U.S. maintained very good cooperation on several traditional and non-traditional global security issues -- such as the Iran nuclear issue, the training of Afghanistan security forces, non-proliferation and climate change -- which are beneficial for the world peace and prosperity. 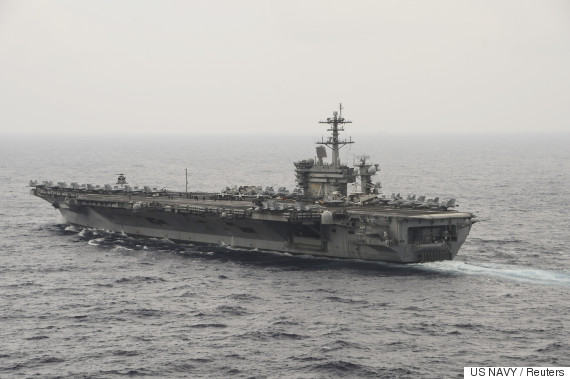 On the other hand, the strategic competition between the two is becoming more apparent. In the global economy and international trade, the EU and U.S. denied to grant market economy status to China. In the South China Sea, where China is trying to secure its maritime sovereignty and rights, the U.S. believes China is challenging its regional hegemony and military dominance in the area. As deputy Secretary of State Antony J. Blinken said, the U.S. is intensely focused on China's "assertive and provocative behavior." Therefore, the U.S. Navy is pushing for a more aggressive policy of patrolling close to Chinese-fortified islands and causing more dangerous encounters between the U.S. reconnaissance aircraft and Chinese jet planes.

What makes the situation more complicated is that Japan, as an outsider of the South China Sea issue, is trying to insert itself into the issue. At the end of last year, the Japanese foreign minister talked about the possibility of joint patrols with the U.S. Navy in the area. This year, Japan is becoming increasingly aggressive in advocating the so-called "China threat" in the Asia-Pacific region.

It is understandable for the Prime Minister Abe to do so for a domestic audience, to sell his proposal of revising Japan's pacifist constitution, but when he was selling his viewpoint to EU countries, that's too much. It is very interesting to see that Japan is in a close alliance with the U.S., but the latter never restrained Japan's rhetoric of containing China. Furthermore, Japan actively sold advanced weapons to countries around the South China Sea, participated in more multilateral military exercises and conducted more port calls in the area, making the regional situation more tense.

It will embolden Japan to act more aggressively and even drag the U.S. into a war it never intended.

Many commentators criticized Obama's assertion that the U.S. does not intend to contain China as being hypocritical. Believe it or not, the South China Sea is much more militarized than ever, since former Secretary of State Hillary Clinton criticized China in the ASEAN Regional Forum in 2009.

Now, at the end of Obama's second term, he would like to highlight a strengthening U.S.-Japan relationship. For sure, the world will witness again a strong U.S.-Japan alliance. But as the U.S. indulgence towards Japan grows, it will embolden Japan to act more aggressively and could even drag the U.S. into a war it never intended.

For quite a long period of time, a successful U.S. Asia strategy must have a balanced policy toward both China and Japan. This time, the scale is well tilted towards Japan. If Obama wants to make a stable U.S.-China relations one of his foreign policy legacies, he should think over before leap. 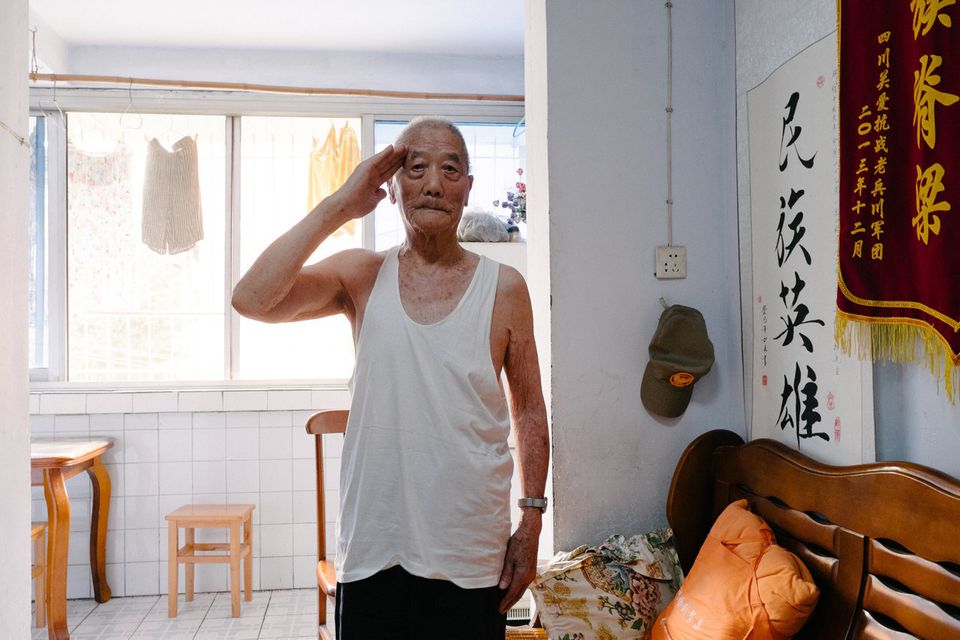