On Friday (Aug. 13) President Barack Obama continued the annual tradition of holding an iftar dinner, the meal that breaks the dawn-to-dusk fast for Muslims during the holy month of Ramadan, in the White House State Dining Room.

During the month of Ramadan, observant Muslims abstain from eating, drinking, smoking and having sex from sunrise to sunset in order to purify themselves and concentrate on Islamic teachings.

Over 100 guests attended Friday's iftar, including ambassadors and officials from Saudi Arabia, Indonesia and other Muslim nations.

Reflecting on the American tenet of religious freedom, Obama offered a strong endorsement of Park51, the proposed Islamic community center and prayer space to be built two blocks from the site of the World Trade Center that was destroyed during the September 11, 2001 terror attacks in New York City.

The guests, seated around candlelit tables, interrupted Obama twice with applause and offered a standing ovation when he finished his remarks. 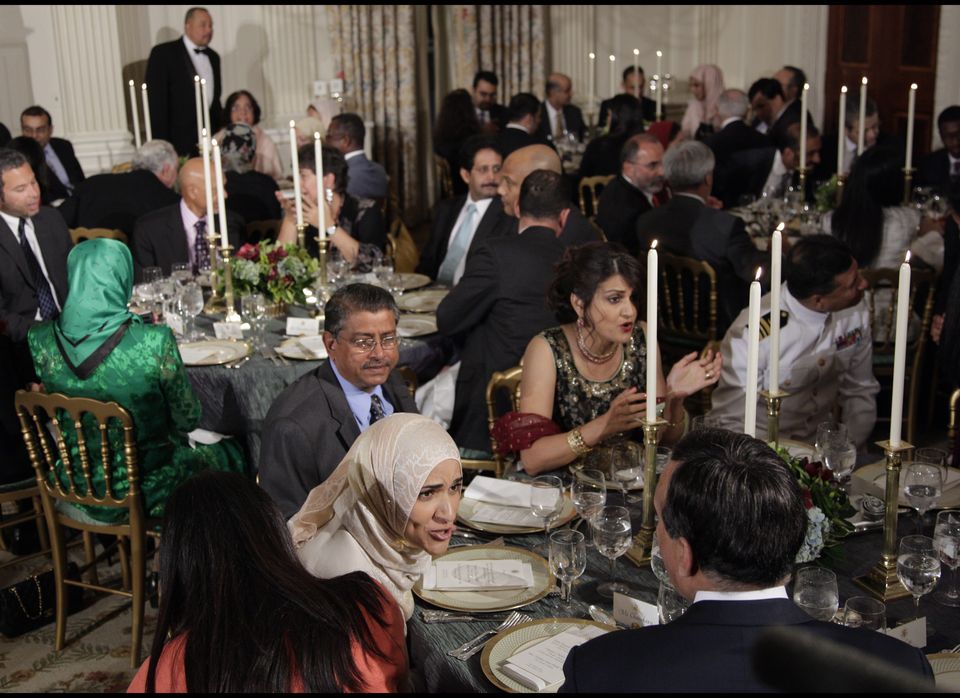 1 / 9
Obama Ramadan
Guests gather at their tables as President Barack Obama hosts an iftar dinner, the meal that breaks the dawn-to-dusk fast for Muslims during the holy month of Ramadan, in the State Dining Room at the White House in Washington, Friday, Aug. 13, 2010. (AP Photo/J. Scott Applewhite)
AP