I was there. It was 9 a.m. as I stood in the far end of a crowd of thousands in the National Mall. I relied on the big screens to entertain me, for I had no official ticket, no special pass, and no connection to the front of the pandemonium. It was the 52nd Presidential Inauguration in Washington, D.C. on the same day as Dr. Martin Luther King, Jr. Day. I was more than ever awaiting to see the man that everyone knew as Barack Obama get not only reaffirmed as our 44th President of the United States, but also earn a well-deserved second chance.

For the first time in my life, I witnessed a different kind of history. One that was not as pronounced as the first time President Barack Obama took the oath of office, but something even grander. Here was an individual who spent the last four years of his term being questioned about his citizenship, leadership and experience. Politicians on both ends of the aisle doubted his credibility and began to become skeptics of his efficiency.

Once the election of 2008 ended and the "Change" t-shirts and buttons were worn out, so did our hope in President Obama's ability to get re-elected. Society watched as fiscal cliffs, and unemployment plagued headlines and put a dark shadow over the once halo of our "people's champ." During these past four years, we as Americans went from hopeful, to worrisome, to doubtful, and soon cynical of what conservatives considered would be the rise and fall of a liberal king.

The summer of 2012 will forever be a more memorable episode in my life. As Republican presidential candidate Mitt Romney gained momentum, many began to feel as though our president got elected by chance.

"Anyone that year would have won over Bush... Obama got lucky."

"America wanted to elect a black president to prove they weren't racist, now that history has been made, we can move on."

"Obama was a Democratic propaganda used to build party morale."

Yes, I heard these sentiments from Caucasian friends and blacks as well. Many around me grew wary of the hope that Obama would be re-elected to office. The feeling struck me in a more emotional way than I could have imagined. As hard as Obama worked to get to the level of power he obtained through service and effort, he yet still faced the constant questioning and disrespect that many in the office of the presidency hardly get.

Presidents get criticized on their performance. Bush was strongly denounced for his actions during Katrina and decisions made during the war in Iraq. Clinton was critiqued for his involvement with Monica Lewinsky. And as these former presidents received backlash for such questionable decisions, I rarely saw as much redemption for them as for my president. Obama did not commit any unethical actions that could have led to impeachment and wasn't responsible for misinforming the public to support an irrational war.

Obama did the job he thought he could and yet received criticism, I think, because of his race or suspicions of it. It was ludicrous that the media even entertained more than five seconds of Donald Trump's demands for our president's birth certificate at a time when more of us would have preferred to see Romney's tax returns.

But alas, we had our election and President Obama came out on top. Donald Trump learned to shut up. Fox News was outfoxed once again. And we heard the last of Romney and Ryan for the most part.

And that brings me back to that memorable January 21. Unlike many who saw this as important and momentous for many reasons, I personally doubt that many would see the underlying significance that set this inauguration apart from his last.

For the first time in my life, I saw a black man rightfully get a second chance nationally.

Honestly, most black national male role models are scarce. If not athletes or entertainers, many of rest are not given the proper recognition. It is not until we are notified of their downfalls publicly that we can later see how much they also contributed to the world. For all the men who have had a misstep that they could not recover from, seeing Obama defy those obstacles yet again was a revelation in itself. 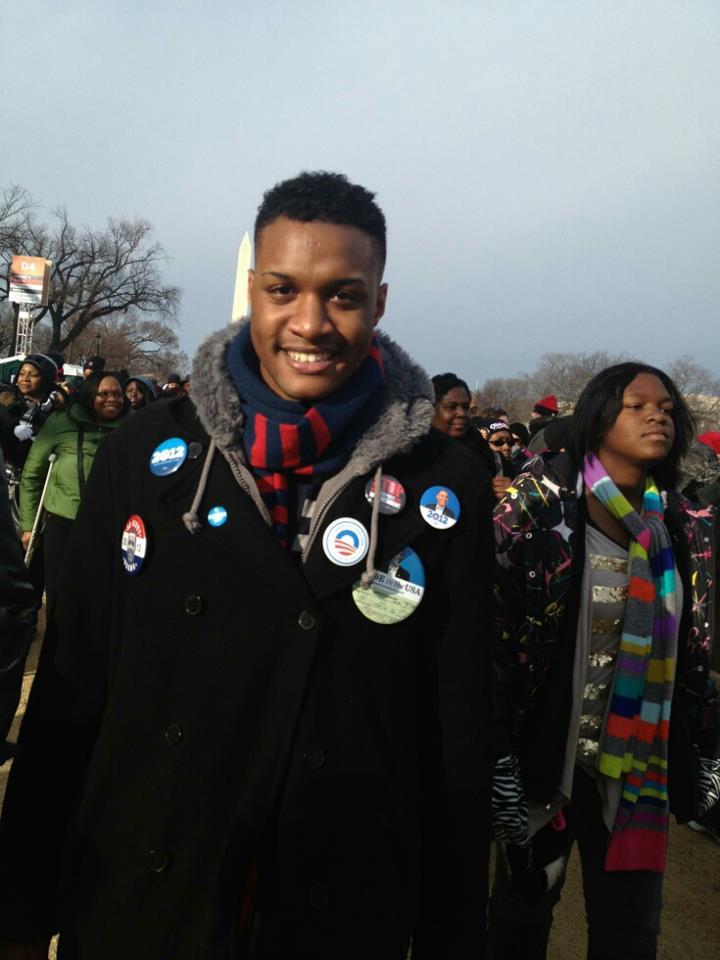 The second inauguration of President Barack Obama proved many things. First, it ended the four-year-old question of whether his first term was just a moment; we can now consider it a movement. Second, we can all rest assure that Obama's second re-election is a telling of his own strengths as a politician and not so much of the power plays of others. In 2008, the nation would have voted for virtually anyone that was not a Republican due to the disdain the nation had for the Bush Administration. Today, Obama's second term shows that despite the initial advantages of his first, he is just as desired now as then.

And why do this all matter? Because at 21 years old, for most of my childhood the idea of even having a black president was taboo. By 17, I was under the impression that it was a special moment that might not ever come back. Now, I have the confidence that in this country we are moving in the right direction and such levels of prejudice is not as stigmatized in politics as before.

Moving forward, the inauguration also left me with a little playful envy inside. The fact that my younger brothers will grow up under the leadership of a man that looks like them and knowing how much that will impact who they will aspire to be is such a luxury that I was never bestowed. I know this country is not completely perfect for them. Disparity continues to affect the livelihood of all of us. But if seeing is believing, I am at a better place now knowing that on the very same day of January 21, named after a great man who had a dream, an even more evolving reality also came into fruition.