WASHINGTON (AP) — While President Barack Obama hasn't ruled out the possibility of reopening a U.S. Embassy in Iran, Republicans say the Senate will vote within weeks on a bill to impose more sanctions on Tehran over its nuclear program.

Obama was asked in an NPR interview broadcast on Monday whether he could envision opening an embassy there during his final two years in office.

"I never say never," Obama said, adding that U.S. ties with Tehran must be restored in steps.

Washington and its partners are hoping to clinch a deal with Iran by July that would set long-term limits on Iran's enrichment of uranium and other activity that could produce material for use in nuclear weapons. Iran says its program is solely for energy production and medical research purposes. It has agreed to some restrictions in exchange for billions of dollars in relief from U.S. economic sanctions.

On a visit to Israel on Saturday, Sen. Lindsey Graham, R-S.C., said the new Republican-controlled Senate will vote on an Iran sanctions bill in January.

Graham also is sponsoring legislation that would require any deal with Iran to be approved by Congress before sanctions could be lifted.

Standing alongside Graham, Israeli Prime Minister Benjamin Netanyahu called Iran a "dangerous regime" that should be prevented from having nuclear weapons.

"I believe that what is required are more sanctions, and stronger sanctions," Netanyahu said.

The Obama administration has been telling members of Congress that it has won significant concessions from Iran for recently extending nuclear talks, including promises by the Islamic republic to allow snap inspections of its facilities and to neutralize much of its remaining uranium stockpile. Administration officials have been presenting the Iranian concessions to lawmakers in the hopes of convincing them to support the extension and hold off on new economic sanctions that could derail the diplomatic effort.

Obama has threatened to veto any new sanctions legislation while American diplomats continue their push for an accord that would set multiyear limits on Iran's nuclear progress in exchange for an easing of the international sanctions that have crippled the Iranian economy. Senate hawks are still trying to build a veto-proof majority of 67 votes with Republicans set to assume the majority next month.

"The good thing about those votes, they will be really bipartisan votes," he said. "I have 17 Democrats with me. . We have a shot at even getting to a veto-proof majority in the Senate."

Obama Doesn't Rule Out U.S. Embassy In Iran
Obama's Handshakes Around The World 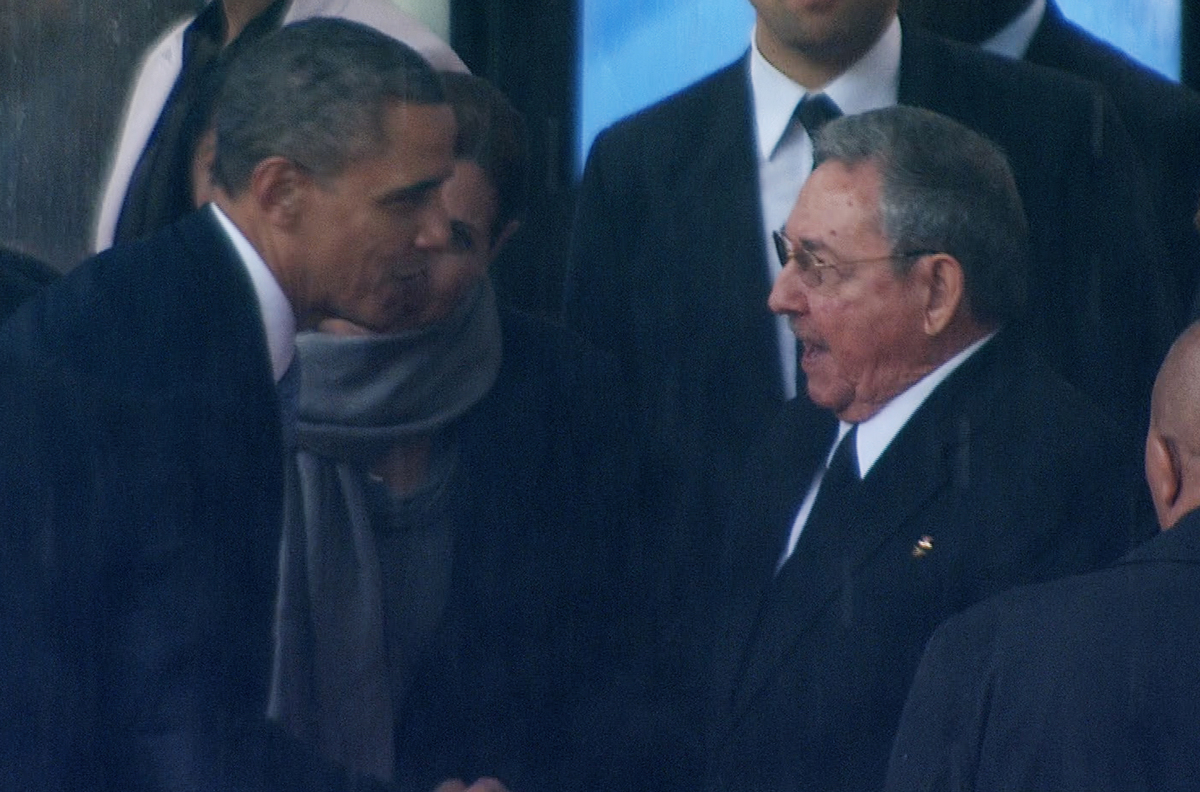