When Obama recently spoke before the AARP he called for higher standards on stockbrokers who provide investment advice and services for retirement assets. His comments were based on a proposal that was submitted to him a few days before by the Department of Labor. The focus of the DOL proposal was the disclosure of expenses and compensation brokers receive for recommending particular products. The rules would also hold the brokers to higher ethical standards that require them to put their clients' financial interests ahead of their own. 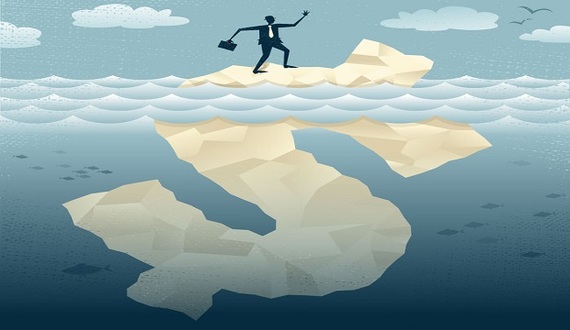 Obama believes conflicts of interest cost investors $17 billion per year in the form of excessive expenses. Wall Street and its legions of stockbrokers make more money. Investors have less money for their retirement years. Obama also believes uniform "rules of road" would provide the protection investors need to avoid these conflicts. If only that belief was true in the real world.

Wall Street associations and lobbyists are fighting the DOL and SEC 'tooth and nail' to avoid higher ethical standards for hundreds of thousands of stockbrokers who sell investment products to current and future retirees. Forget the TV advertisements. Wall Street is not a friend, it is an adversary. Higher ethical standards impact its ability to make money from investor assets.

Obama's $17 billion of losses due to conflicts of interest is 1% of $1.7 trillion of retirement assets. But, this loss is a drop in the bucket. Much bigger losses occur when brokers sell/recommend garbage investment products that pay the biggest commissions. Not only do their clients suffer the consequences of higher expenses, they also suffer from bad performance that produces opportunity losses that are much greater than 1 percent.

Then there are the brokers who sell tax-deferred annuities for assets that are held in tax-deferred IRAs. IRA assets do not need the single biggest selling point for annuities. And, yet brokers sell annuities inside IRAs because they pay bigger commissions than other types of investments.

Another form of hidden loss is the back-end sales load (commission). Brokers tell their clients their sales recommendations are free because mutual fund families pay them. What they neglect to say (omission) is the product companies increase the fees they charge investors to earn back the commissions they paid to brokers. And, that is not the worst part. They also charge penalties for withdrawal that start at 7 percent or higher and decline over time. If the broker sold investors a bad investment product, and they recognize the product is bad, they have to pay a 1 percent to 7%percent penalty to sell the product. A lot of investors stay in bad products to avoid penalties, which is exactly what Wall Street wants.

These business practices produce losses that are much greater than Obama's 1 percent. As the pundits say, the most expensive commodity on earth is bad financial advice. It is even more onerous if a nice, friendly broker has a hidden conflict of interest that increases the damage.

About the Author: Jack Waymire worked in the financial services industry for 28 years. For 21 years he was the president and chief investment officer of a registered investment advisory firm with more than 50,000 clients. He left the industry in 2003 when his book, Who's Watching Your Money? was published by John Wiley. That same year he launched an investor information website PaladinRegistry that was based on the principles in his book. Jack is a columnist for Worth magazine, a frequent blogger on major financial sites, and widely quoted in the media including the Wall Street Journal, Forbes, BusinessWeek, Bloomberg, and Kiplinger. Follow Jack on Twitter @PaladinRegistry