As a military veteran and a gun owner, I enjoy blowing off some steam from time to time by spending a day at the shooting range, as I'm sure many other Americans do. I don't think twice about it, but according to Facebook, my right to bear arms is in jeopardy. Chances are, while scrolling through your news feed, you've seen the memes too, ominously warning you that the government is coming to take your guns. Our Second Amendment rights are being threatened like never before, they insist, and anyone who says otherwise is not a true American patriot.

Some Americans dismiss this as nothing more than gun-lobby propaganda, others head straight to the gun store to strengthen their gun-ownership cred. Being a skeptic by nature, I'm suspicious of 99.9 percent of the claims circulating on Facebook, so this got me thinking, how much truth is there to these rumors, and how can we put our gun laws into perspective? 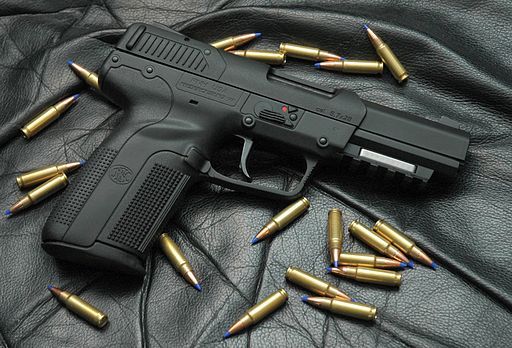 I'm sure plenty of people know this by heart, but for those who don't, the Second Amendment to our constitution has this to say on the matter:

A well-regulated militia, being necessary to the security of a free state, the right of the people to keep and bear arms, shall not be infringed.

How this amendment has been interpreted is a subject of much contention, with some believing that it applies to an individual's right to bear arms, others arguing that it applies to the state's right to keep a well-organized militia (the National Guard, according to some). Without boring you with the in-depth legal discussion, suffice it to say that in 2008, the Supreme Court went with the first interpretation, that is, that individual Americans have the right to bear arms for self-defense.

Sounds pretty simple, right? Well, not so fast. The thing is, while we have the right to bear arms, our government has the duty to protect its citizens from harm, which naturally makes these two ideals come into conflict. Our government has to strike a balance between safeguarding its citizens lives, while at the same time safeguarding their constitutional rights. It has been said that a good compromise leaves neither party happy, and that saying definitely applies here.

It helps to take a look at how gun ownership and rights have looked through our country's history. In the beginning, Americans were pioneers who hunted for subsistence and participated in local militias, so gun ownership was commonplace and completely unregulated. This changed over time as our country became more stable and organized, with the first gun laws in the early 1800s putting restrictions on the carrying of concealed weapons. The National Firearms Act, enacted in 1934 in response to the rise of gun crimes by 1930s gangsters, regulated the use of "Tommy" guns, sawed-off shotguns, and other guns frequently involved in gangland crime. Several high-profile assassinations during the 1960s, including that of President JFK, lead to the Gun Control Act of 1968, which restricted the transfer and sale of guns, and established that certain types of people should be prohibited from owning firearms. This Act led to the creation of the Alcohol, Tobacco, and Firearms Bureau. The 1990s saw the ban of assault weapons following a school shooting, and also the advent of background checks for handgun purchases. Looking back through history, we can see a definite pattern: each time gun regulations were strengthened, it seems to have been in direct response to a violent gun crime. 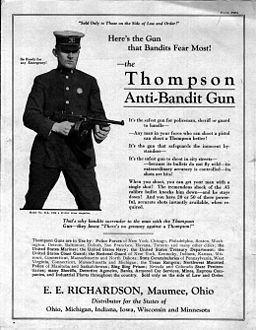 The present gun control situation is no different; several recent high-profile gun crime incidents, particularly the Sandy Hook shooting, have many Americans calling for tighter gun laws, and of course, many other Americans opposing such laws. In response, President Obama has laid out a set of proposals to curb gun violence. His proposals include a larger police force, better police training, gun safety classes for Americans, mental health awareness training for schools and police, and enhanced interstate mental health and background checks. His plan also includes bans on automatic weapons, armor-piercing bullets, and high-capacity magazines, as well as plans to encourage gun safety technology.

Not surprisingly, Americans are pretty evenly split on the issue. Some believe that every gun control measure is an infringement on our constitutional rights, while others believe that these regulations are common sense measures that make it more difficult for criminals or mentally ill individuals to get a hold of guns, while still allowing law-abiding Americans to exercise their right to bear arms. Some have gone so far as claiming that these are all efforts to incrementally make it impossible for Americans to bear arms at all.

The fact is, there have been no proposed federal laws that would ban ownership and possession of all guns for many years. Gun laws vary state by state, with some states having looser regulations than others. If Obama's proposals were enacted, this would leave gun laws unchanged in many states, and tighter in others, but would still allow Americans to own weapons provided that they have no history of mental illness or violent crime, and provided that they aren't owning military-style assault weapons. Our courts have done a fairly decent job of upholding our Second Amendment rights. In an important recent Supreme Court ruling, District of Columbia v. Heller (2008), the Court upheld our right to use guns for self-defense, and declared two DC gun bans unconstitutional.

A good compromise leaves neither party happy. Many law-abiding Americans want to have the cool big guns, and don't have violent intentions. Other Americans want guns banned completely as they are in other countries. We can't have it both ways, so we compromise by allowing Americans to bear arms, albeit with some restrictions. As for the claim that this is an attempt to eventually take ALL guns away; our history and laws simply don't support that. So is the government really coming for our guns? It would seem not.

Rachel Eckhardt is an avid political enthusiast, blogger, and creator of The Illusion of Choice, a political blog.

Political enthusiast, military veteran, and creator of the political blog, The Illusion of Choice.