President Barack Obama cozied up to California Attorney General Kamala Harris on Thursday, during a speech at a Democratic National Committee fundraising lunch in Atherton, Calif.

After speaking about the need to address climate change and energy challenges, the president gave a "shout-out" to Harris, according to the pool report, "noting a couple of times that she is, objectively, easy on the eyes."

The 48-year-old Harris campaigned emphatically for Obama in 2012, and has been floated as a potential Supreme Court replacement Ruth Bader Ginsburg. The 80-year-old justice has suggested that she'll depart the bench at some point during Obama's second term. 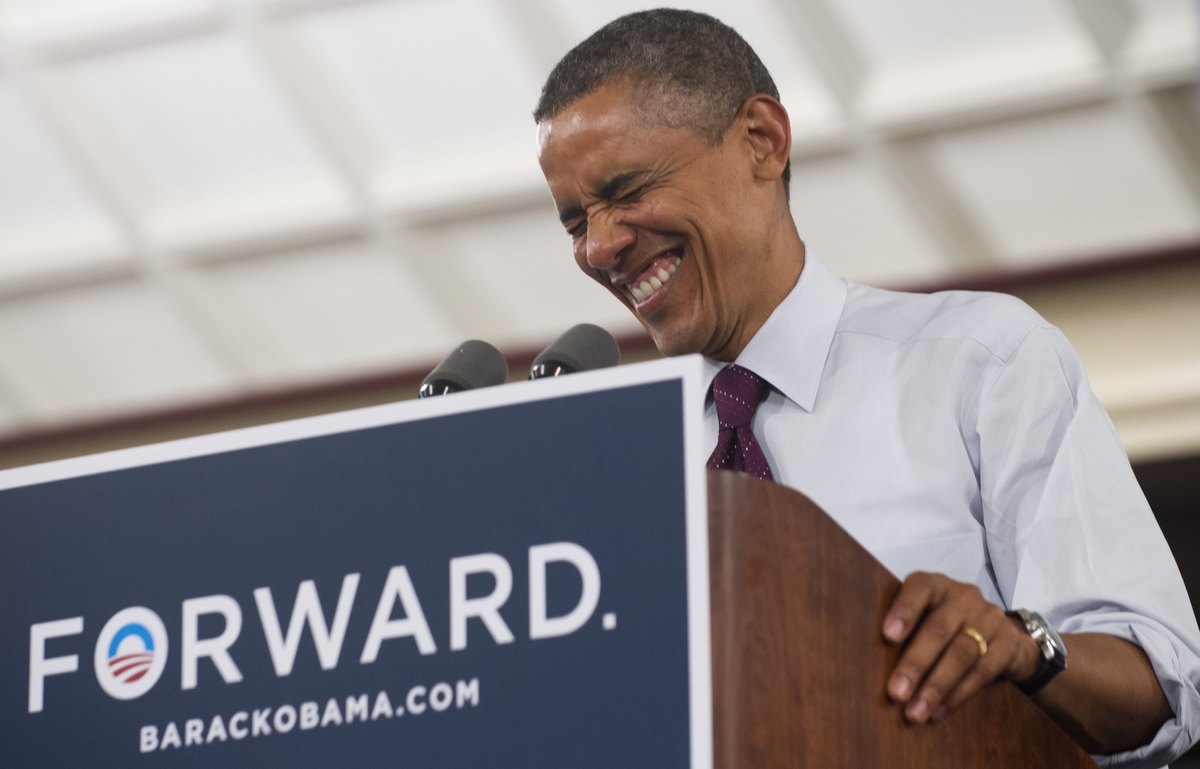