This piece contains spoilers about the ending of "Kingsman: The Secret Service."

Controversy didn't hamper the release of 20th Century Fox's "Kingsman: The Secret Service" in the same way it did Sony's "The Interview," but Matthew Vaughn's spy spoof shares one significant lightning-rod moment with the Seth Rogen-James Franco comedy. Both movies kill off a world leader in a spectacular explosion: Kim Jong Un in "The Interview" and the president of the United States in "Kingsman." The character, shown only from behind, bears a striking resemblance to Barack Obama.

"First of all, it's not Obama. I just want to be clear. This is not an attack on Obama at all," Vaughn told Entertainment Weekly in a recent interview. But the director said he needed someone "reminiscent" of Obama to drive home the point that the film's supervillain, played by Samuel L. Jackson, had significant power on a global scale.

In "Kingsman: The Secret Service," Jackson plays Richmond Valentine, the billionaire head of a tech corporation, who decides the only way to save the human race from extinction brought on by climate change is to start mass genocide. Using his company's cellular devices as conduits, Valentine sends out a subliminal signal that turns people into homicidal killers. Meanwhile, the chosen elite -- the presidents, queens, prime ministers and celebrities who helped Valentine enact his plan -- watch from the safety of their bunkers. A neck implant given to them by Valentine keeps the leaders free from harm and under his control: the embedded mechanism both blocks the signal and acts as a deterrent from trying to stop the global chaos. If activated, it explodes.

What happens next isn't the biggest surprise: Thanks to the smarts of the film's lead character, Eggsy (Taron Egerton) -- a new member of the film's title group of spies -- the implants are activated, killing scores of establishment rulers, including the president of the United States and other prominent dignitaries.

Speaking to IGN last year, Vaughn said his goal in turning the president into one of Valentine's accomplices was born out of a desire to see an American villain for once. "The White House and Obama-ish president -- there's no other symbol about a global power than the White House," Vaughn said. "If I used 10 Downing Street, most people would go, 'What's that little black door? Where is that? Who is that?'"

And while the scene has been singled out for being controversial, Vaughn and his cast felt it was just part of the film's fun.

"I just think we're going more for the mischievous hint that it's [Obama]," star Colin Firth said in an interview with Vulture. "It's such an entertaining scene, because it feels like we're making mischief wherever we can find it."

"Something tells me that if Obama does watch the movie, it will make him laugh," Vaughn said to EW. "I know he's a big comic book fan, so I think he'll go with it. It's not an attack on Obama. I think Obama is a good man. This whole movie is meant to be fun. We're all having a tough time in the world right now, and it's meant to be two hours of letting you forget about everything."

For more from Vaughn, head to EW.com. 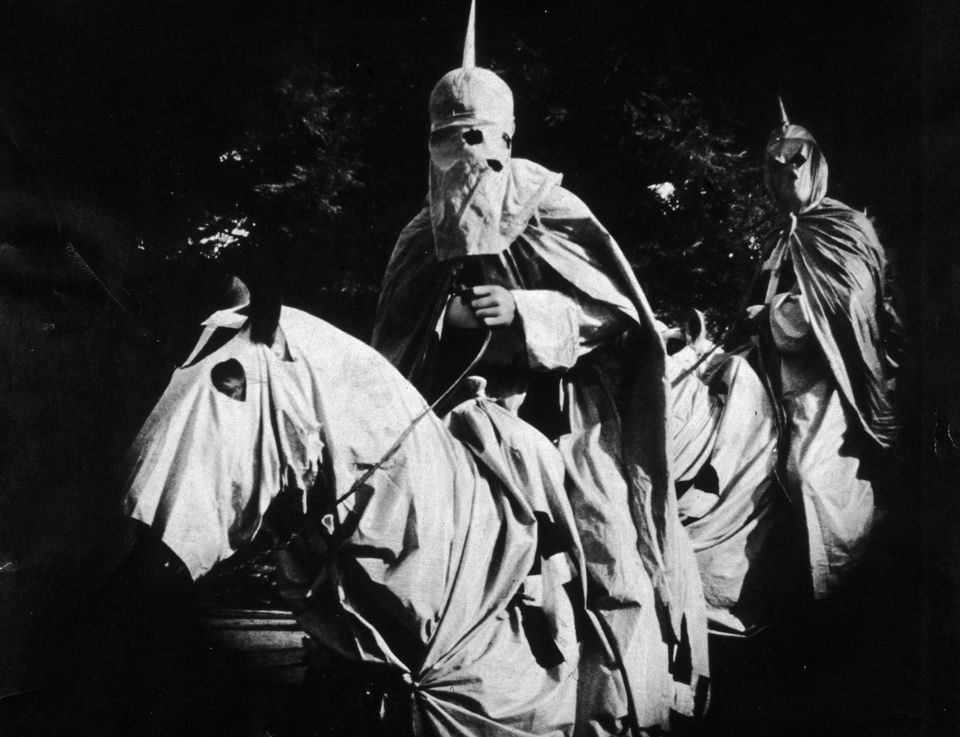 1 / 13
"Birth of a Nation" (1915)
"Birth of a Nation" was <a href="http://www.history.com/this-day-in-history/birth-of-a-nation-opens" target="_blank">America's first proper feature film</a>. Based on the T.F. Dixon Jr. novel "The Clansman" (and originally bearing its title), D.W. Griffith's three-hour silent movie chronicles two families in war-torn 1860s America -- one in the North and another in the South -- and the racial strife that led to the rise of the Ku Klux Klan. The script's "<a href="http://www.pbs.org/wnet/jimcrow/stories_events_birth.html" target="_blank">malicious portrayal</a>" of African Americans <a href="http://www.pbs.org/wgbh/cultureshock/flashpoints/theater/birthofanation_a.html" target="_blank">prompted riots at screenings</a> when the movie opened in February 1915, with several cities and states banning "Birth of a Nation" altogether. The movie is frequently credited for sparking the KKK's resurgence later that year, as it was used as a recruiting tool for new members. Heralded for promoting advanced filmmaking techniques like close-ups and cutaway shots, "Birth of a Nation" is nonetheless cited as one of the greatest films ever made. "It is like writing history with Lightning. And my only regret is that it is all so terribly true," President Woodrow Wilson <a href="http://www.rogerebert.com/reviews/great-movie-the-birth-of-a-nation-1915" target="_blank">reportedly said</a> after "Birth" became the first film to screen at the White House.
Hulton Archive via Getty Images