Moses had a tough job -- a lot tougher than he realized when he took it on. He had to lead his people out of suffering under Pharaoh, into an unknown and difficult terrain toward the Promised Land.

Being a Change Leader is a tall order, and in 2008 our expectations were sky-high. We expected Obama to be Santa Claus, Superman, Daddy, and God -- all rolled into one. We wanted him to have the wisdom of Solomon, the soul of Gandhi, the strength of Hercules, the compassion of Mother Teresa, and the enlightenment of Buddha. Heaven help him if he turned out to be a mere mortal -- albeit a smart, talented, good hearted mortal. Hell hath no fury like disappointed followers!

Moses had the same problem. When he wasn't able to transport his people to the Promised Land fast enough, they turned on him. "You're a terrible leader," they said. "We've been wandering in this desert for years and the Promised Land is nowhere in sight," they complained. "You don't know where you're going." "We should go back to Egypt," some proposed. "At least with Pharaoh we knew what to expect." They lost their faith and built a golden calf to worship instead.

Being a change leader is a thankless job. You pour your heart and soul into creating a better future for your people and what do they do? Whine and complain.

It's like driving across country with a back seat full of immature, impatient children who keep asking, "Are we there yet?" They have no understanding of the time it takes to get from one place to another. And just as children act out and make life miserable for the adult driving the car, so too do cranky, demanding, whining followers act out and make life miserable for their change leader. The followers have no patience, no perspective, and no appreciation for all that their leader is doing for them.

As part of his leadership duties, Moses was given the Ten Commandments to share with his people. Obama had an additional set of commandments, those of a Change Leader

People are illogical, unreasonable, and self-centered.
Love them anyway.

If you do good, people will accuse you of selfish ulterior motives.
Do good anyway.

If you are successful, you will win false friends and true enemies.
Succeed anyway.

The good you do today will be forgotten tomorrow.
Do good anyway.

Honesty and frankness make you vulnerable.
Be honest and frank anyway.

What you spend years building may be destroyed overnight.
Build anyway.

People really need help but may attack you if you do help them.
Help people anyway. 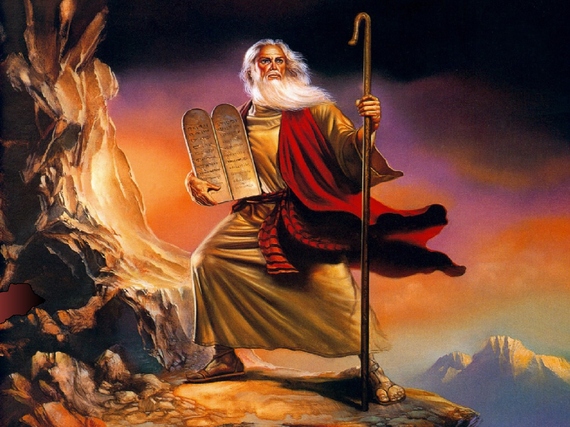 Obama and Moses have something else in common as well -- neither of them made it to the Promised Land. As change leaders, their job was to shepherd their people through the desert, through the long, grueling process of change.

Moses had to get the people out of Egypt, and he also had to get Egypt out of the people. It took 40 years for their old habits, old mindsets, old beliefs and superstitions to dissipate. Moses had to destroy the golden calf that people had begun worshiping. In the end, a whole generation literally had to die off before the rest of the people could reach the Promised Land.

It may take longer than 40 years for Americans to wander through our own desert of fear, arrogance, ignorance, intolerance, and xenophobia. We now have our own the golden calf - er, "golden bull" - Donald Trump, who preaches the gospel of "Looking Out for #1" by breaking commitments, reneging on deals, starting trade wars, threatening to abandon our allies, and bullying others into submission.

These days since the election must be very disappointing to Obama. To work so hard, to come so far - and worst of all, to endure the abuse and lack of appreciation from the very people he was trying to help - must be painful. Obama is undoubtedly heartsick that a false prophet has won the allegiance of millions of fearful, confused, angry Americans. Today, Obama knows how Moses must have felt. 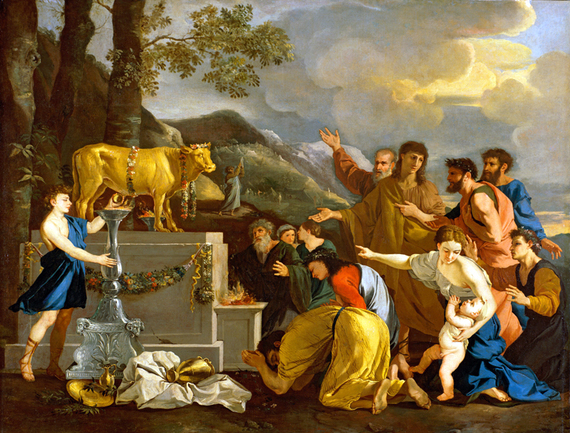 *"The Paradoxical Commandments" were written in 1968 by Kent Keith as part of a handbook for student leaders. 1968 Kent Keith; renewed 2001. Used with permission.