It's a sprint to the finish line for the Obamas as they head into the final few weeks before Election Day. To cover more ground, the power couple is relay-racing through major campaign and fundraising hotspots throughout the country. This week, they're hitting both hitting LA, but their visits won't overlap.

President Barack Obama goes first; he's back in town Wednesday to appear on "The Tonight Show with Jay Leno."

Arriving at LAX at 5:25 p.m. and leaving at 7:45 p.m., Obama is in LA for just two hours before jetting off to Las Vegas for more campaign events.

Given the time crunch, it seems unlikely that the President would get in a car and drive through rush-hour traffic on the way to the NBC studios in Burbank. We're betting that he arrives at Jay's couch via a helicopter ride to Burbank Airport, just like he did when he came to Studio City for a fundraiser at George Clooney's house back in May.

All the same, the Los Angeles Police Department warns that streets surrounding LAX and pretty much all of the City of Burbank are likely to be affected by the President's motorcade. While the times are subject to change, the police warn that streets could be impacted between 4:25 - 8: 45 p.m.

This will be the fifth time that Obama appears on Jay's show. With Election Day less than two weeks away, the President has been making the rounds on late night talk shows. Last month he appeared on the "Late Show With David Letterman, and last Thursday he appeared on Jon Stewart's "The Daily Show," notes AP.

Michelle Obama is set to arrive in LA Thursday, where she'll speak at a fundraising lunch at Will and Jada Pinkett Smith's Malibu mansion. The Smiths are joining forces with other power couples Jay and Kawanna Brown (Jay Brown is the co-founder of RocNation) and Troy and Rebecca Carter (Troy Carter is Lady Gaga's manger) to host the $2,500-per-head fundraiser, according to The Hollywood Reporter. Actress Salma Hayek is also a co-host of the event.

After the lunch, Michelle Obama will join in the late-night campaigning effort with an appearance on the "Jimmy Kimmel Show."

Michelle Obama is scheduled to leave California for Las Vegas on Friday, just like her husband did. But before that, she's stopping by a fundraising event at Qualcomm founder Irwin Jacobs' home in La Jolla. Jacobs is hosting the event with his wife, Joan, notes The Hollywood Reporter. 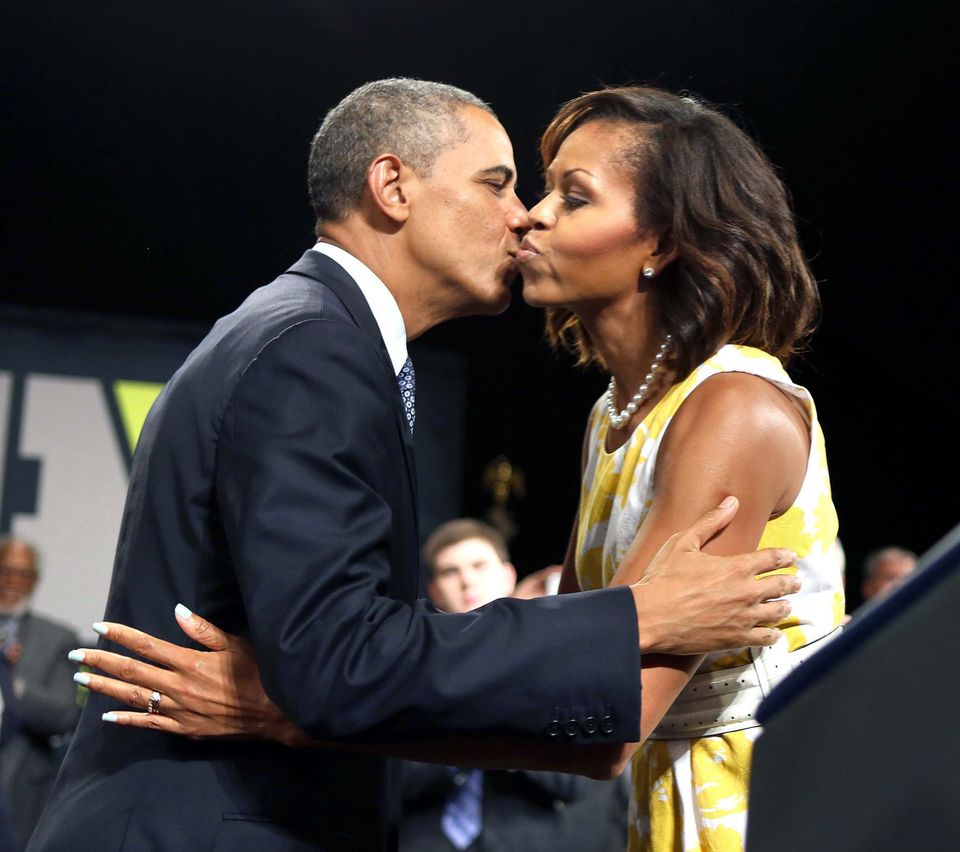