While addressing the recent IRS scandal, Obama noticed a change in weather and summoned Marines with umbrellas to shield them during the drizzle. Obama noted that while he has a change of clothes, the Turkish prime minister may not. 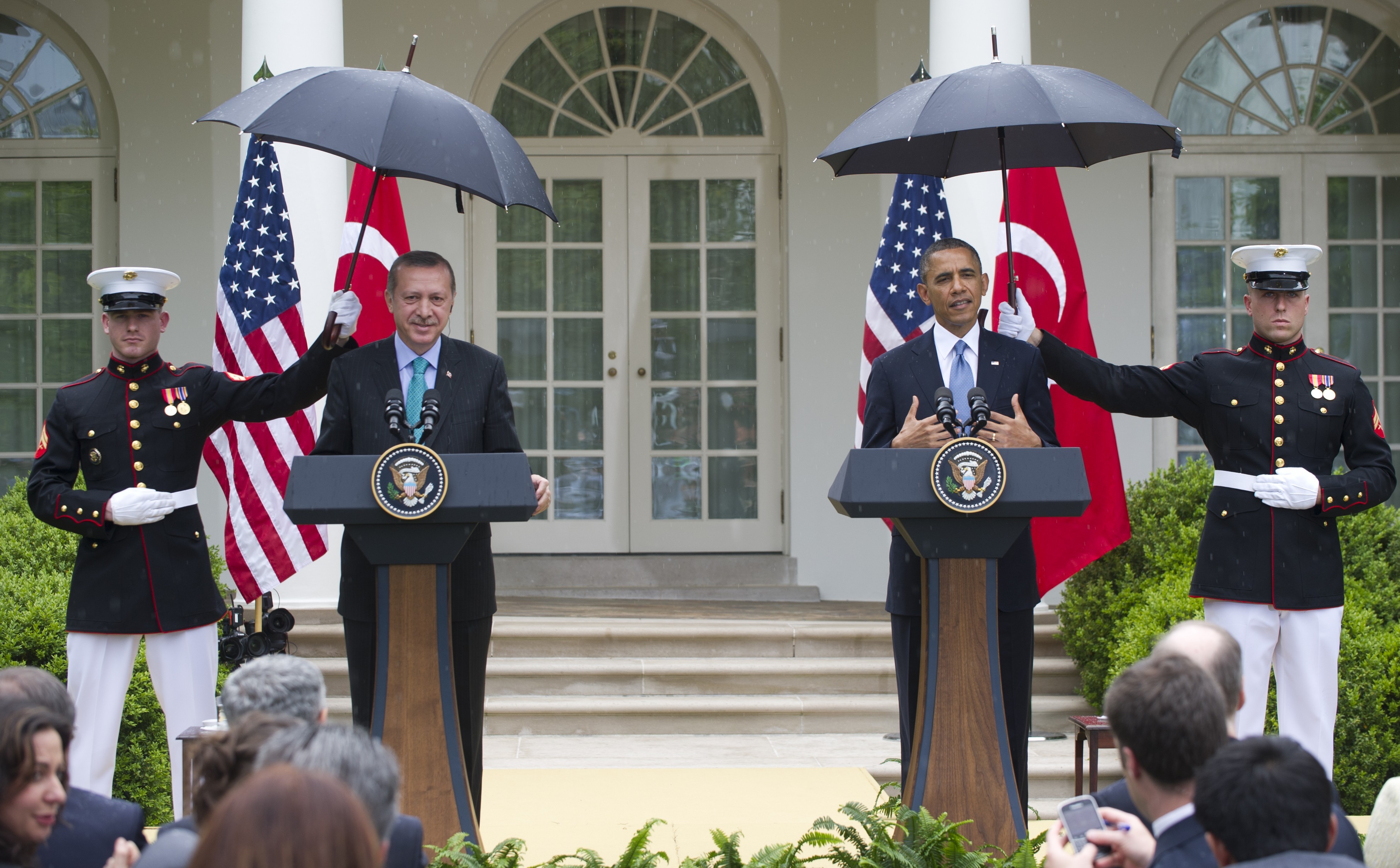 Obama Summons Marines For Umbrellas During Press Conference
Obama Vs. The Fly 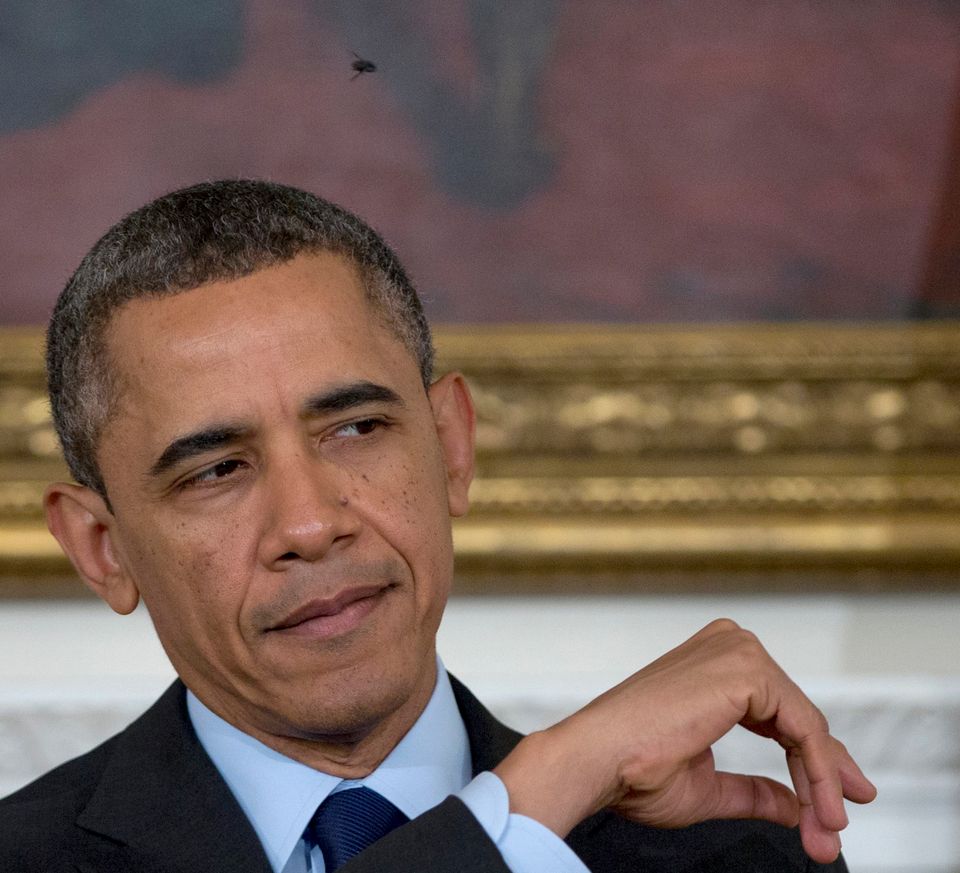