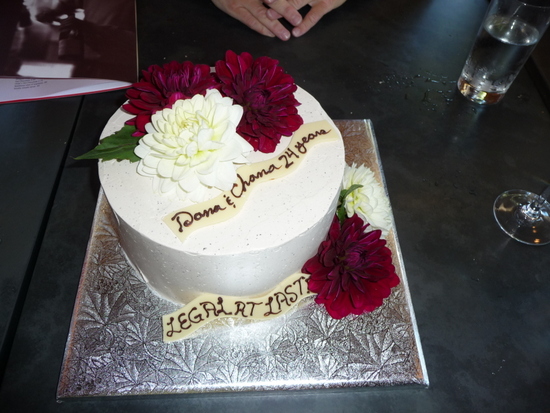 This past May, in a watershed moment for an American president, Obama came out in support of same-sex marriage, in part as a result of LGBT organizations pushing for equality, the momentum of shifting public opinion, his daughters' helping him evolve, and personal exposure to gay staff members in committed relationships.

What a difference four years have made!

Four years ago on election night, Nov. 4, 2008, I was seeing my last psychotherapy client in my San Francisco office when we heard a great roaring cheer from the street. The yells of jubilation could only mean one thing: Obama had won! As soon as the session ended, I rushed to the Castro to share the euphoria. The street was blocked to traffic, and a throng had gathered, whooping and dancing to a band playing on a platform.

Beaming, I made my way through the packed election-night crowd. What an amazing, historic moment! Then I looked up at the huge TV screen on the bandstand, and scrolling across it was the news that in early returns Proposition 8 -- which would amend the California state constitution to ban gay marriage -- was passing. In an instant, the joy was knocked out of me. Sorrow gripped me, a leaden ache deep in my belly. The citizens of California were voting their bigotry into law.

The previous spring, on May 15, 2008, the very day the California Supreme Court ruled that same-sex marriage was a constitutional right, Dana and I went online and booked our appointment to marry at San Francisco City Hall. Over our 24 years together we'd tried out different names for our relationship, none fully satisfying: "girlfriend," "lover," "significant other," "domestic partner" (sounds frumpy), and "partner" (sometimes confused to mean business partner). But there was a word, a perfectly good word that everyone understood, that we'd never claimed: "wife." Now we were being given words to use that are part of the common language, that carry universal meaning, as well as legal rights: "wedding," "married," "wife."

As we began to make plans, we knew we wanted to keep it to a simple civil ceremony. We'd had a commitment ceremony in our third year, a heartfelt ritual in a redwood forest, so we thought of this not as a rite of passage into commitment but as the state officially recognizing our marriage. But even so, as we went around town, buying clothes, shopping for rings, we got swept up in the buzz. Store clerks smiled broadly and offered congratulations. Then, just before we were to be sized for our rings, I dislocated my left ring finger and broke my pinkie. Everyone involved gave opinions. My doctor advised me to make sure I didn't order a ring too small, showing me how she'd goofed and had to wear hers on her right hand. "Why don't you go to a pawn shop and get a temporary ring?" she suggested, before sending me off for X-rays. At the hospital the clerk registering me offered sympathy -- "Oh, jeez, bad luck!" -- and leaned close to show me her engagement and wedding rings.

The August day Dana and I wed, we stood in the formal marble rotunda of San Francisco City Hall, facing the commissioner in her black robe. Behind us a small cluster of friends and family were gathered. We were both beaming, aware of the deep joy of all our years together. We turned to face each other, and I looked into Dana's beautiful face, feeling our love, and something larger: how profound it was to be welcomed into a common humanity. I was accustomed, even proud, of thinking of us as outsiders, and hadn't much let myself feel a longing for inclusion. I hadn't expected the sheer joy and sense of exultation that welcome brought me. To exchange rings and repeat the vows that everyone understands as designating love and family. To hear the words of acknowledgement: "By virtue of the power vested in me by the state of California, I now pronounce you spouses for life." It felt incredible.

Early in the campaign, the polls had Proposition 8 failing. That was shifting ominously as the "Yes on 8" folks poured millions into advertising, backed by the Mormon Church, the Catholic Church, and evangelical Christians. Two friends, a lesbian couple, were handing out "No on 8" literature on the street when a man stepped close and yelled, "You are an abomination!" He would get to vote his hatred. That the electorate was going to vote on whether we deserved civil rights made me burn with rage. Now, when I was on the subway or downtown, I'd stare at strangers, wondering, "Are you going to vote against me?"

Underneath the anger, fear lurked. "Don't get too comfortable," the ghost of my Jewish grandmother muttered in my ear. "It all could be snatched away in an instant."

On election night, when we'd gone to bed, Prop 8 was winning, but votes were still being counted. We both slept fitfully. Over breakfast we pored over the paper, staring at pictures of the new first family. Some of the elation returned -- my God, what a momentous triumph! But that exultation coexisted with sadness, rage, and pain, as if praise songs for Obama and laments for my people were simultaneously being sung. By mid-morning on Wednesday, "Yes on 8" was declared.

That morning I tried to remember that civil rights take a long time to win. Of course, we'd come far from the homophobic horrors of my mother's time in the '50s, when therapy aimed at converting her from lesbian to heterosexual led to her suicidal depression. But it was wrenching to have tasted the sweet joy of being included, only to feel the bitterness of exile once again.

Four years later, we are still married in California, along with the 18,000 same-sex couples who squeaked in before Prop 8 passed, but we are still seen as single by the feds, thanks to the Defense of Marriage Act (DOMA).

Fingers are crossed: Here's to another four years of evolution!