In response to the crisis in relations between Saudi Arabia and Iran, following the latter's assault on the Saudi consulate and embassy in Iran, the Obama administration has taken to the media to unleash a furious rebuke. But the administration's condemnation was not aimed primarily at Tehran; instead it's been largely directed at America's longstanding ally: Saudi Arabia.

Administration officials have charged that, by executing radical Shiite cleric Nimr al-Nimr, the Saudis have exacerbated sectarian tensions in the region and jeopardized U.S. policy in Syria. "This is a dangerous game they are playing," an unnamed U.S. official told the Washington Post. "There are larger repercussions," including damage to "counter-ISIL initiatives as well as the Syrian peace process." This is a common thread that runs through the administration's briefings against the Saudis, which reveals the White House's backing of Iran's regional position over and against the traditional U.S. alliance system.

The claim that the Saudis were damaging the supposed Syrian "peace process" sounds surreal on its face. But it is quite revealing, not just about how the White House defines success, but also about its overall policy in Syria. 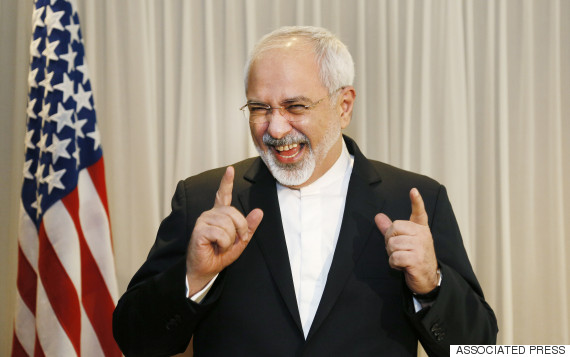 The administration believes it has achieved a critical diplomatic feat by bringing Iran into the diplomatic talks over Syria and that this constitutes a major breakthrough in itself. "The United States has succeeded in leading the international effort to bring all sides together to try to bring about a political resolution inside of Syria," White House spokesman Josh Earnest said in a briefing after the Saudi-Iranian spat. The way the administration sees it, for a true discussion to take place, all so-called "stakeholders" in Syria must be gathered around the table in order to reach a settlement.

The administration's self-congratulation aside, it's worth exploring what this means in practice. By declaring Iran a legitimate "stakeholder," the White House is not only saying that Syria is a recognized Iranian sphere of influence, but it also is recognizing Iran's "stake" as legitimate. In fact, President Obama stated explicitly last month that the solution in Syria should be one that allows the Iranians to ensure "that their equities are respected."

This begs the question of what, exactly, is Iran's "stake" or "equities" in Syria? The answer is straightforward: Iran's interest is to maintain a logistical bridge to Hezbollah through which it could supply the group with missiles and arms, thereby enabling it to continue to threaten U.S. allies like Israel and destabilize the region. The White House's legitimization of Iran as a stakeholder in Syria risks licensing Iran to continue arming Hezbollah.

Iran's interest is to maintain a logistical bridge to Hezbollah and supply it with missiles and arms, threaten U.S. allies like Israel and destabilize the region.

But this was hardly the only cost of President Obama's policy. The key for safeguarding Iranian interests in Syria is ensuring the continuity of the Syrian President Bashar Assad regime. And so, in order to obtain Iranian "buy-in," the administration abandoned what's supposed to be the main objective in Syria, which is the removal of Assad and his regime. Assad, the administration now concedes, gets to stay on for an indefinite period as part of an indeterminate "transitional period." In other words, when it comes to Syria, not only did Obama force Iran down his allies' throat -- he also fully endorsed its position.

Now, to top it off, the administration is attacking the Saudis for supposedly jeopardizing a process designed to safeguard Iran's unchanged objectives in Syria. As the White House sees it, the Saudis' only job is to bring the Syrian opposition to the table essentially to sign a surrender. What's more, as part of this process, Iran, which has underwritten and partaken in Assad's mass slaughter, gets a say in determining which opposition groups are listed as terrorists.

When it comes to the case of Nimr, the radical Saudi Shiite cleric, the administration has applied the same core premise of its Syria policy -- that Iran has legitimate "equities" in Arab countries that should be "respected." 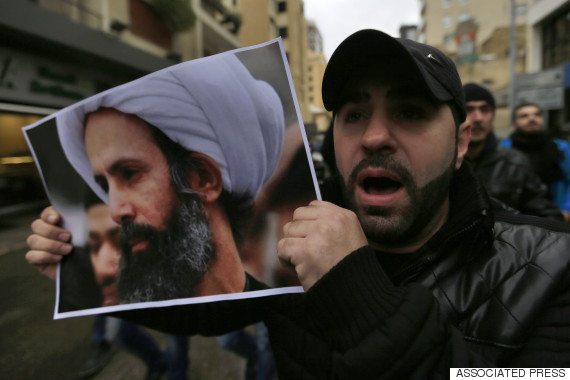 A Lebanese protester holds a picture of Nimr during a protest to denounce his execution in front of the Saudi Arabian embassy in Beirut. (AP Photo/Hassan Ammar)

The truth is that the Obama administration has been aligning with Iran's regional position for a while now -- certainly since the beginning of the Syrian revolution. With the nuclear deal now in hand, and with a year left in President Obama's term, the White House is becoming explicit about this major shift in the historic U.S. position in the region.

The president's position on the Saudi-Iranian row is a public announcement that his administration is dissolving the U.S.'s traditional alliance system, along with the regional order it had underwritten for decades, and embracing Iran instead.