The love story of Barack and Michelle Obama is headed for the big screen.

The forthcoming film, titled "Southside With You," will center on the day young Barack first convinced Michelle to go on the couple's now-storied first date, Deadline first reported.

Actress Tika Sumpter ("Get On Up") is slated to play the young Michelle Obama (nèe Robinson) in the flick, written and directed by Richard Tanne ("Worst Friends"). No actor has been attached to the role of young Barack Obama, though The Guardian speculated possible stars could include musician Drake, actor Michael B Jordan or even "Saturday Night Live" Obama impersonator Jay Pharoah.

The indie film has a relative unknown in the director's chair, but it has a double dose of veteran executive producing talent from women of color: Tracey Bing, a former executive from Warner Independent, and Stephanie Allain, the indie producer behind films like "Hustle & Flow" and "Black Snake Moan." 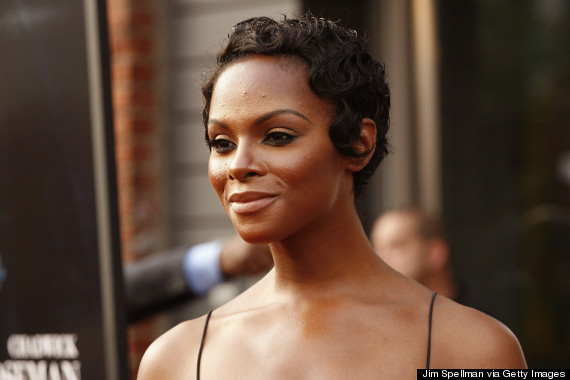 Actress Tika Sumpter is slated to play Michelle Obama (nèe Robinson) in the forthcoming "Southside With You."

Michelle Obama famously rebuffed her now-husband's advances when they met at the prestigious Sidley & Austin law firm in Chicago where she was a 25-year-old attorney and he was a 27-year-old summer associate.

On meeting the man who would become her husband, Michelle Obama previously told Obama: From Promise to Power author David Mendell: "So we had lunch, and he had this bad sport jacket and a cigarette dangling from his mouth, and I thought: 'Oh, here you go. Here's this good-looking, smooth-talking guy. I've been down this road before.'"

The first lady also recalled to The Washington Post in 2008 that "she felt it would be 'tacky' if they started to date because they were 'the only two black people' at the firm."

Still, love conquers all, and eventually she agreed to go out with him. The couple's first date had them criss-crossing Chicago to the Art Institute, taking a long walk, seeing Spike Lee's "Do The Right Thing," and eventually heading back to the city's South Side for some ice cream.

"On our first date, I treated her to the finest ice cream Baskin-Robbins had to offer, our dinner table doubling as the curb," Barack Obama said in a 2007 O Magazine feature. "I kissed her, and it tasted like chocolate."

(There's now a plaque at the site commemorating the first couple's first kiss.)

The filming for "Southside With You" will begin next July in Chicago.