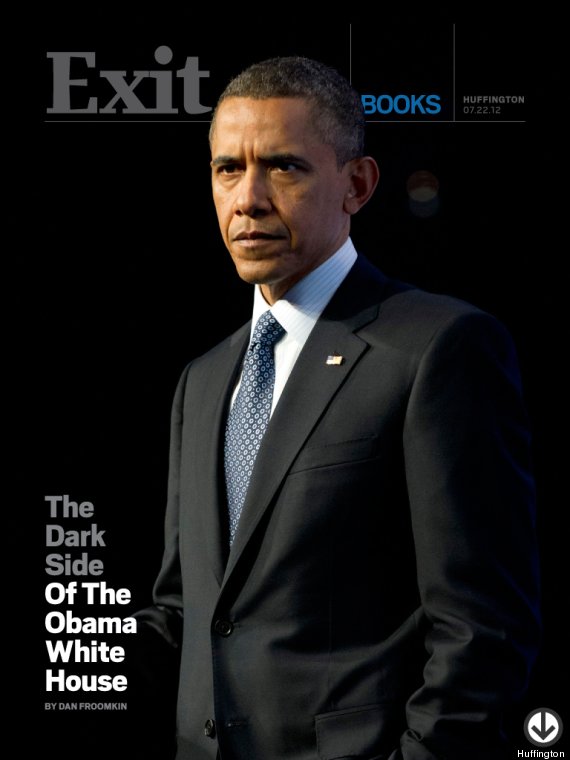 The most conspicuous reaction in Washington to a series of astonishing national security revelations, many of which emerged in two new books, has come from prominent members of Congress demanding investigations into who leaked them.

One member, California Democratic Sen. Dianne Feinstein, even complained of learning more from one of the books than she did in her top oversight post over the intelligence community.

But anybody upset about finding things out this way should be angry at the people who didn't tell them what they needed to know -- not the ones who did.

In "Confront and Conceal: Obama’s Secret Wars and Surprising Use of American Power," New York Times reporter David E. Sanger describes in quite extraordinary detail the Obama administration’s hitherto secret cyberwar campaign against Iran, its targeted drone strikes against Al Qaeda and affiliates, and any number of other covert ops, including of course the raid that killed Osama bin Laden. As he indicates in his subtitle, Sanger concludes that the biggest surprise of the Obama presidency is just how aggressive he has been in his application of military power.

But a case can be made that what’s even more surprising is Obama’s abuse of secrecy. Publicly an advocate of government transparency and oversight, Obama has nevertheless hidden the most controversial and unilateral aspects of his presidency — including new ways of waging acknowledged and unacknowledged wars — more thoroughly and effectively than anyone might have imagined.

Sanger’s book, and longtime Newsweek reporter Daniel Klaidman’s new book, "Kill or Capture: The War on Terror and the Soul of the Obama Presidency," shine a bit of light into the darkness, which is good, in that they at least open up the possibility of a national conversation around these issues.

There’s a lot to talk about. What should the rules be for cyberwarfare? When is targeted killing OK? Can U.S. citizens be snuffed out by the state without any judicial due process? Does indefinite detention ever end?

And another question: What ever happened to Obama the liberal civil libertarian? While the authors themselves don’t come off as particularly concerned, a close reading of the two books, especially taken together, paints a very disturbing picture of expanded and unrestrained power in an environment where politics trumps principle.

Sanger, for instance, chronicles Obama’s shift on indefinite detention — from calling it a “loaded weapon” he’d never want in the hands of a Mitt Romney to signing an executive order establishing it as a power of the presidency.

He also notes that “the expansion of drone and cyber technology” plus use of special forces “dramatically expanded the president’s ability to wage nonstop, low-level conflict, something just short of war, every day of the year.”

Klaidman’s book, while less thorough than Sanger’s, describes the extraordinary, unilateral process Obama follows before deciding to have someone killed, which he does frequently, while apparently remaining in denial about the ensuing civilian casualties.

Klaidman also focuses on issues from which Sanger averts his eyes, such as the lack of a plausible “capture” policy to go along with the “kill” one, and the “perverse incentives” that created. The problem has been that the obvious thing to do — bring a captured terror suspect to the U.S. to face criminal trial — is a nonstarter with Obama’s easily cowed political team.

Indeed, Klaidman’s book vividly depicts a national security decision-making process that almost always culminates in Obama siding with the Republican-appeasing and often-wrong political “pragmatists” on his team. The few remaining aides willing to stand up for the restoration of the rule of law that Obama promised during the campaign are left in the dust.

Sanger’s book, which occasionally reads too much like a notebook dump, ultimately offers a sympathetic portrait of Obama. “When confronted with a direct threat to American security, Obama has shown he is willing to act unilaterally — in a targeted, get-in-and-get-out fashion, that avoids, at all costs, the kind of messy ground wars and lengthy occupations that have drained America’s treasury and spirit for the past decades,” he writes.

Sanger gives short shrift to the downsides of Obama’s fateful choices — because that’s not what his book is about. It’s more an authorized biography of the Obama White House, along the lines of Bob Woodward’s ultimately discredited "Bush at War."

Sanger does end up raising some profound questions here and there. For instance, Sanger asks:

“What is the difference — legally and morally — between a sticky bomb the Israelis place on the side of an Iranian scientist’s car and a Hellfire missile the United States launches at a car in Yemen from thirty thousand feet in the air? How is one an ‘assassination’ — condemned by the United States — and the other an ‘insurgent strike’? What is the difference between attacking a country’s weapon-making machinery through a laptop computer or through bunker-busters? What happens when other states catch up with American technology — some already have — and turn these weapons on targets inside the United States or American troops abroad, arguing that it was Washington that set the precedent for their use? These are all questions the Obama team discusses chiefly in classified briefings, not public debates.”

Sadly, Sanger doesn’t really attempt to pursue answers to these and other tough questions. That may be in part because his style of access journalism doesn’t allow for pushing your sources too hard, let alone calling bullshit on them.

For instance, Sanger writes that White House counter-terrorism adviser John Brennan said in June 2011 that over the previous year there had not been a single collateral death from drone strikes. (Brennan later amended that to say there was no “credible evidence” of such deaths.)

Yet there is ample evidence of, as one example, a March 2011 CIA drone attack in Pakistan killing some 50 people, including tribal elders, who were gathered for a tribal conclave. In fact, the U.K.-based Bureau of Investigative Journalism has exhaustively documented the deaths of 482 to 849 Pakistani civilians, including 175 children, in CIA drone strikes since 2004.

All Sanger can bring himself to say is: “It is hard to believe that no civilians have been killed, and Brennan’s argument may not be of much solace to anyone living upstairs or downstairs from the room where a terror suspect was standing when the Hellfire missile arrived.”

No it wouldn’t be, because they’re all dead.

And while the only rationale for granting sources anonymity is so they will tell you the truth, Sanger, for instance, quotes an unnamed “senior intelligence officer” as saying: “Every time I’ve looked into a report of numerous civilian deaths, it tracked back to a Pakistani F-16 strike, or something similar.”

Sanger also quotes Obama, who went off script in a Google hangout in early 2012 and said: “I want to make sure that people understand, actually, drones have not caused a huge number of civilian casualties.”

Klaidman, meanwhile, takes us inside the White House to witness the battle that former chief of staff Rahm Emanuel described as Tammany Hall vs. the Aspen Institute, i.e. political operatives vs. idealists.

Klaidman writes that while Obama “struggled with national security dilemmas, sometimes to the point of Hamlet-like indecision,” time and again Tammany Hall ultimately won the day — in a process that remains opaque and, frankly, quite disillusioning.

Attorney General Eric Holder and former White House counsel Greg Craig are the de facto protagonists of Klaidman’s book — which would have been a far better read without the author’s studied neutrality — but they keep getting beaten down, marginalized and humiliated by Emanuel and Obama.

On drone strikes, Klaidman lays out a slew of reasons why Obama should have been more ambivalent about their use, starting with the fact that the very first drone strike of his presidency claimed not a terrorist, but a prominent pro-government tribal elder and four members of his family (including two children).

Why this didn’t dissuade Obama is left unclear. One possible reason is Emanuel’s enthusiasm. “For all the handwringing among the lawyers and civil libertarians, Obama’s chief of staff understood the political upside to a program that took out high-level terrorists,” Klaidman writes. In fact, Emanuel had a “quasi obsession” with the drone strikes and how they were going to “help my guy” that left “even some CIA veterans uncomfortable.”

Klaidman also shows how the administration's abject collapse on closing Guantanamo and trying terror suspects in federal courts were the result of a total miscalculation by Emanuel that Sen. Lindsay Graham could bring his fellow Republicans around -- as long as Obama sacrificed pretty much all his campaign promises.

Still, it’s too easy to blame Emanuel. It was Obama who chose him and took his advice so many times. Much like Ron Suskind wrote in 2011 in "Confidence Men: Wall Street, Washington, and the Education of a President," about Obama’s woeful economic team, the administration’s lack of boldness isn’t any one adviser’s doing, but rather a reflection of how Obama wields power — at least domestically. Abroad, he is making up his own rules as he goes along.

This article originally appeared on our new weekly iPad magazine, Huffington, in the iTunes App store, on Friday, July 20.

Dan Froomkin is senior Washington correspondent for The Huffington Post. You can send him an email, bookmark his page, subscribe to his RSS feed, follow him on Twitter or on Facebook, and/or become a fan and get email alerts when he writes.