President Barack Obama won't be getting an entirely warm welcome during his visit to his home city of Chicago Wednesday; members of the Occupy Wall Street movement have announced plans to picket a fundraising event and concert at the University of Illinois at Chicago where Obama is expected to speak.

Occupy UIC, in conjunction with Occupy Chicago, is organizing a demonstration during the concert to protest the passage of the National Defense Authorization Act, which Obama signed into law on New Year's Eve. The law includes a number of controversial provisions that allow for long-term imprisonment of suspected terrorists -- including American citizens -- without criminal charges or court hearings, at the President's discretion.

Obama will be attending multiple fundraising events while in Chicago Jan. 11, but the UIC concert is the only big-ticket event happening in a large public forum. (Two other fundraising dinners are being hosted at private residences.) Organizers predict that this will attract demonstrators representing a variety of political positions and platforms, but they hope to narrow the focus to their objections to the NDAA and other civil-liberty issues -- especially since Wednesday's event coincides with the 10th anniversary Guantanamo Bay's appointment as a detention center for terrorism suspects.

"Civil liberties and Constitutional rights are under attack from the Oval Office to the Mayor's Office," Rachael Perrotta of Occupy Chicago said in a release where the group compared the sentiments within the NDAA to the local issue of how protesting will be managed when Chicago hosts the G8 and NATO summits in May.

Occupy UIC's Tom Alter says the group would be happy with "a picket of just a few dozen people" due to the short notice; the UIC event wasn't formally publicized before last weekend. But Alter points out that previous Occupy Chicago demonstrations have brought out huge crowds, in the thousands. Participants on the event's Facebook page have been posting updates about barricades being erected around the Forum in advance of the President's appearance there.

"We know that in anything with the President of the United States involved, there will be increased security," Alter said. "Our plan is to get as close to the UIC Forum as possible to have our voices heard. We just hope that our right to peacefully assemble will be respected." 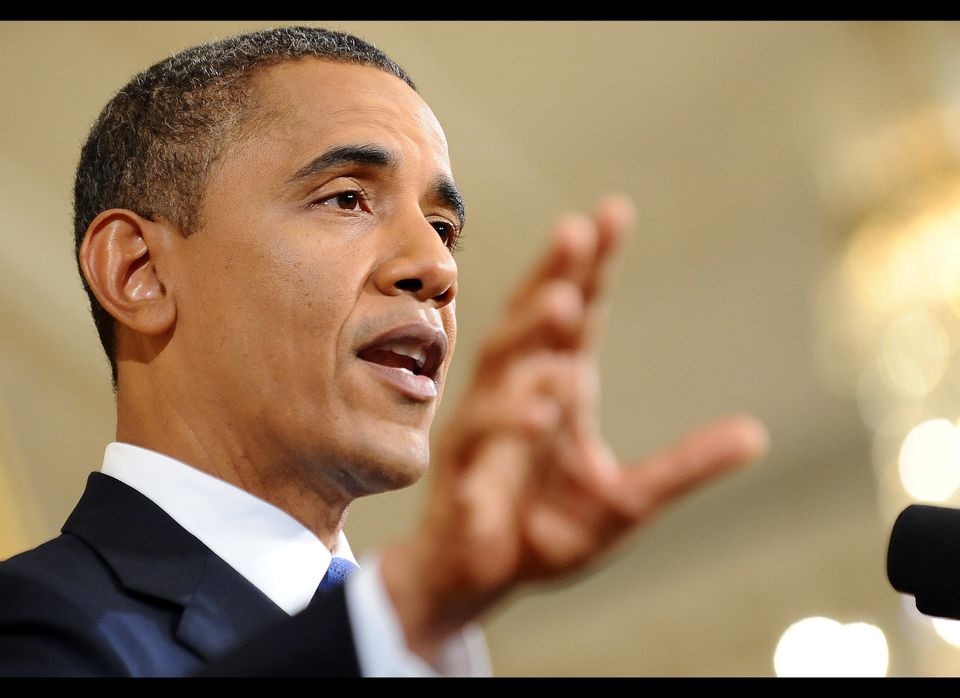