On Monday, the White House hosted some Washington Wizards players for the Annual Easter Egg Roll. And don't think noted basketball fan, and sometimes President of the United States of America, Barack Obama held back on the trash talk.

Behold, the president spilling some truth on The Truth.

Wizards' guard John Wall posted the video to Instagram along with a photo that seemingly captures the president mid-trash talk.

In another interview, Wall said Obama has "the weirdest jump shot release," but added that the president did have some words for Pierce.

“He trash-talked Paul when he hit the game-winner,” Wall told Comcast SportsNet Washington on Monday.

“I'm clutch. I'm clutch," the president said, according to Wall.

According to the pool report, Obama shot 2 for 5 on the court. The president also volleyed for a bit with tennis pro Caroline Wozniacki. 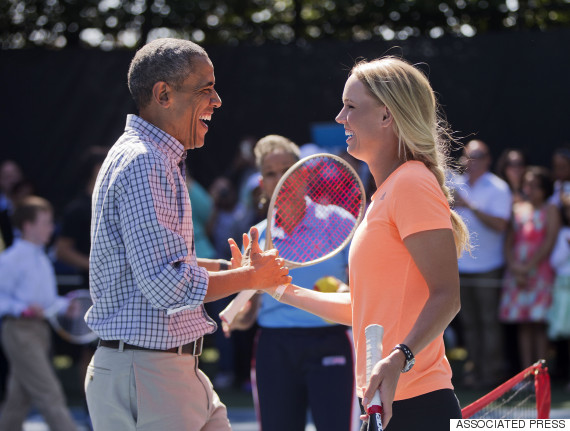 Obama probably has some tennis trash talk, too.