Happy One Year Later! On the anniversary of President Obama's election, the White House has uploaded two particularly adorable photos (along with some others) to their Flickr feed. One picture shows the president playing peek-a-boo with a staffer's young daughter, while the other shows him scratching Bo's belly in the Outer Oval Office. You can see more photos of Obama with babies HERE or more photos of Bo HERE. Enjoy. 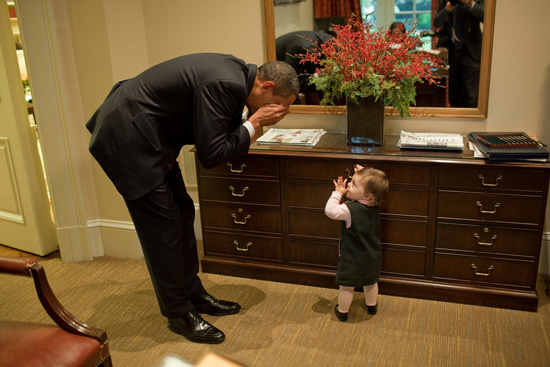 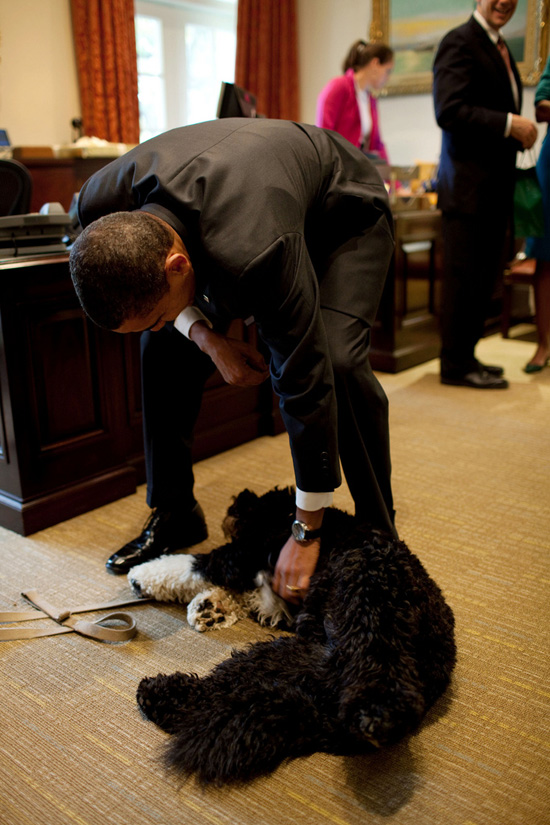