President Barack Obama commented on the rainbow lights that shined on the White House Friday after the Supreme Court legalized same-sex marriage nationwide, saying there were "pretty cool."

During a press conference with Brazilian President Dilma Rousseff, Obama revealed he was unable to view the lit-up White House himself because it would have been a security issue, and he didn't want to clear out the crowds that had gathered to celebrate the court's ruling. But he said the moment was "worth savoring." 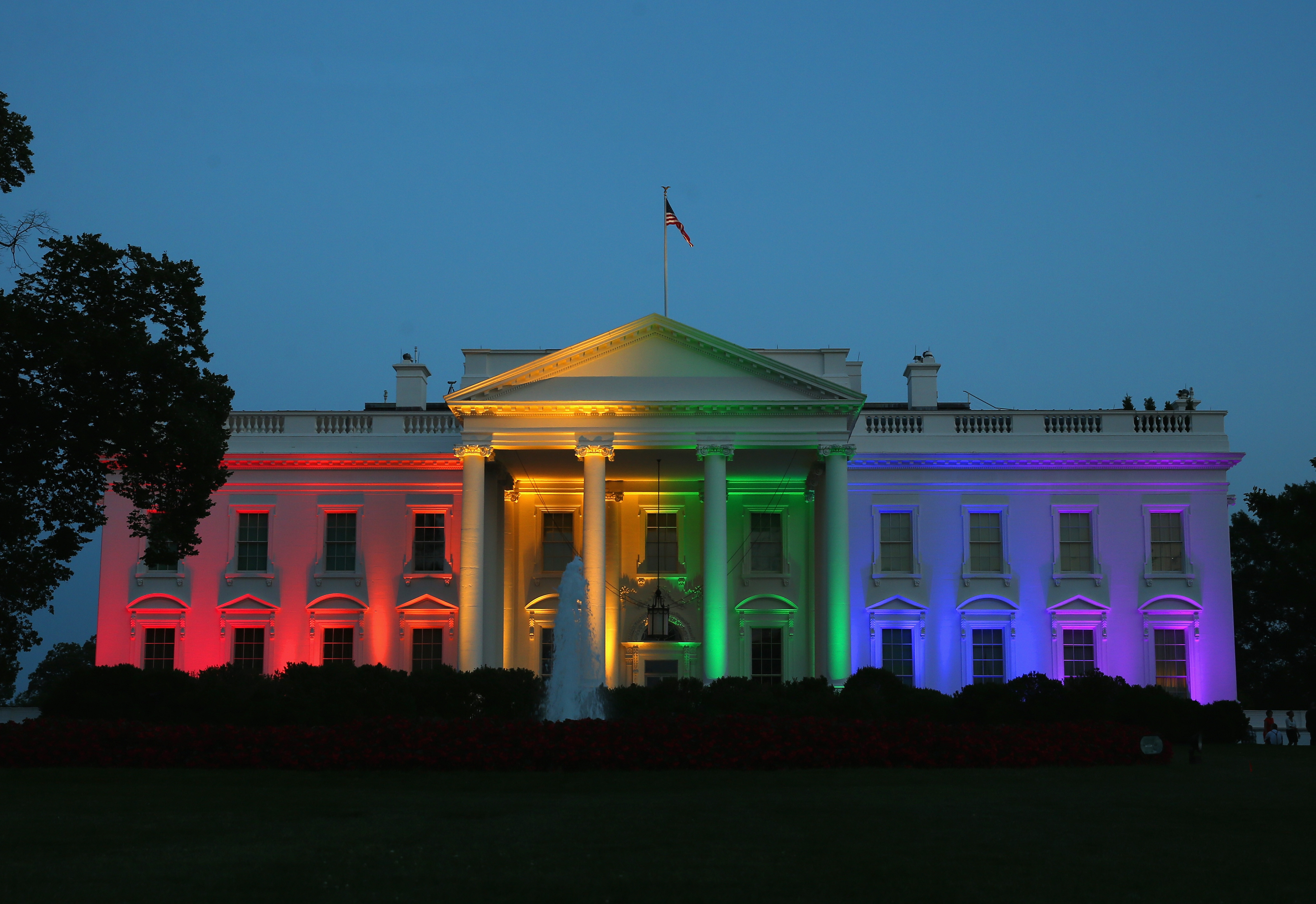 Rainbow-colored lights shine on the White House to celebrate the U.S. Supreme Court ruling in favor of same-sex marriage June 26, 2015 in Washington, D.C. The high court ruled 5-4 that the Constitution guarantees a right to same-sex marriage in all 50 states. (Photo by Mark Wilson/Getty Images)

Obama also reflected on his winning week during the press conference, joking that it didn't top other momentous weeks in his life.

"In terms of my best week, now, my best week, I will tell you, was marrying Michelle, that was a really good week," Obama said. "Malia and Sasha being born -- excellent weeks. There was a game where I scored 27 points -- that was a pretty good week. I've had some good weeks in my life."