NEW YORK -- The consensus after Monday night's third and final presidential debate is that Barack Obama was the winner. But the president's victory begs an important question -- does success in Boca Raton, Fla., mean he's more likely to win the election? Will voters care about foreign affairs at a time when things are so rough at home?

According to online prediction markets, which pool conventional wisdom about the probability of future events, voters do care. Numbers compiled by PredictWise, which averages Obama's reelection odds on political betting websites like Intrade, showed that Obama received a bump during Monday night's debate in the likelihood of winning on Nov. 6. 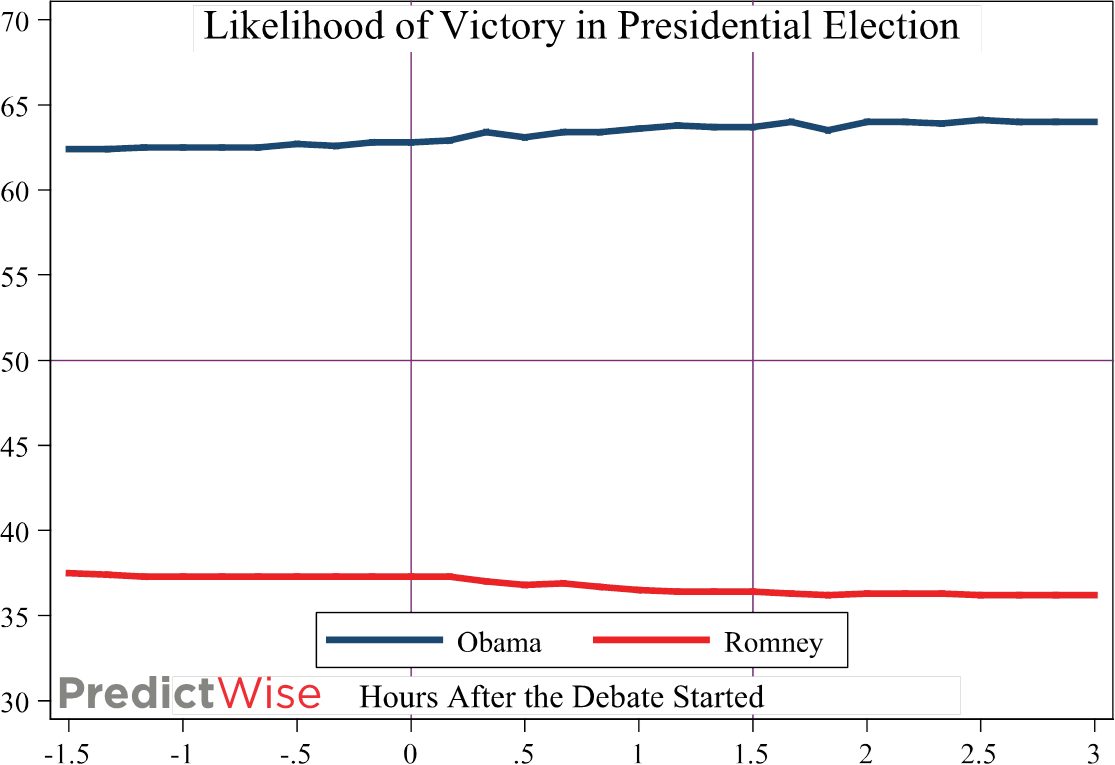 Obama's reelection odds on those prediction markets went from 62.5 to 64 percent over the course of the debate. 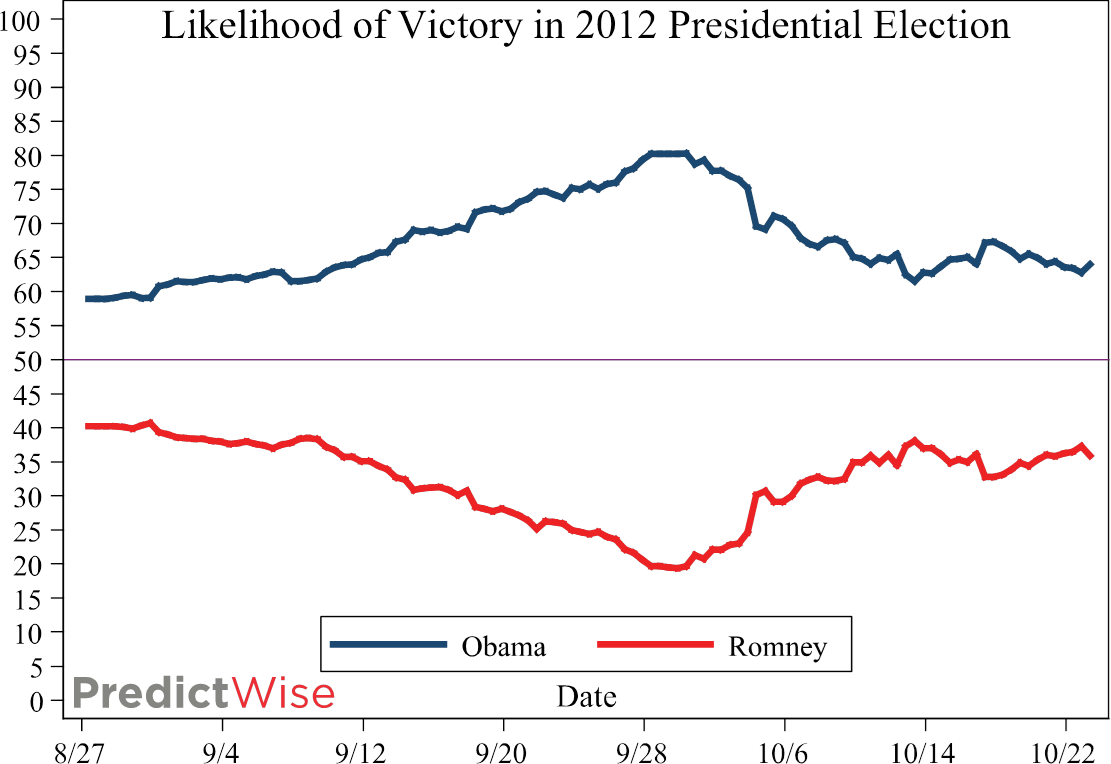 Overall, however, PredictWise measures that Obama's odds are down to about where they were before the Republican National Convention in August.

As always, the markets' predictive power should be read with skepticism. Even if they function properly, political betting websites are only as good as the conventional wisdom that they measure. And that wisdom can often be wrong -- Intraders thought the individual mandate in health care reform had a 70 percent chance of being struck down by the Supreme Court.