NEW YORK -- After a confident debate performance on Tuesday night, President Barack Obama's chances of getting reelected got a measurable bump -- at least according to the users of Intrade and other prediction market services.

PredictWise, a service that aggregates those markets, which themselves aggregate the "wisdom of the crowds," kept a minute-by-minute tally of Obama's stock last night. Almost as soon as the debate began and Obama unveiled his new tough-on-Mitt persona, the market gods smiled upon him. 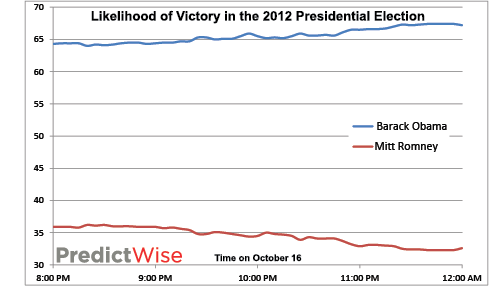 Bettors, perhaps reinforced by positive pundit reactions, continued to be bullish into Wednesday. Obama's odds of reelection, according to the markets are now about 67 percent, as opposed to 64 percent the day before the second debate.

Obama is still down markedly from his peak in the 80s at the start of October, before his first debate. 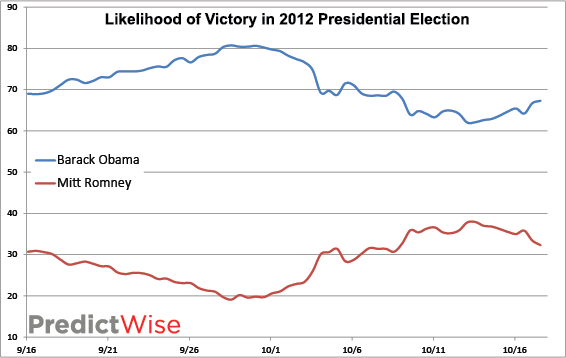