By Jeff Mason and Roberta Rampton

WASHINGTON, Nov 5 (Reuters) - President Barack Obama and his powerful U.S. Senate adversary struck a conciliatory tone on Wednesday, but Obama's plans to proceed with new immigration rules foreshadowed a bumpy start to his relationship with a Republican-controlled Congress.

Obama and Mitch McConnell, who will become majority leader when Republicans take charge in the Senate in January, signaled they hoped to get past a previously frosty relationship to pass legislation on priorities on which they can both agree.

Republicans swept elections on Tuesday, capturing their biggest majority in the House of Representatives in more than 60 years and gaining a majority in the Senate for the first time since 2006. The election result limits what Obama can achieve without bipartisan support during his final two years in office.

"As president, I have a unique responsibility to try and make this town work," Obama, a Democrat, said at a White House news conference. "So, to everyone who voted, I want you to know that I hear you."

Obama lauded McConnell, with whom he said he hoped to share some Kentucky bourbon, and House Speaker John Boehner for expressing the wish to seek common ground after the elections. He spoke to both men earlier in the day.

McConnell said he believed Obama was interested in moving forward on trade agreements and tax reform, two issues at a standstill in Washington because of political differences.

"This gridlock and dysfunction can be ended. It can be ended by having a Senate that actually works," McConnell told reporters in his home state Kentucky.

But the words of reconciliation only went so far.

Obama said he intended to go ahead with plans to implement executive actions by the end of this year that could remove the threat of deportation from millions of undocumented immigrants.

McConnell said it would be like "waving a red flag in front of a bull" for Obama to take unilateral action on immigration. The Democrat-controlled Senate passed a bill on the issue last year but House Republicans did not support it.

"We're going to take whatever lawful actions that I can take that I believe will improve the functioning of our immigration system," Obama said. "If they want to get a bill done ... I'm eager to see what they have to offer. But what I'm not going to do is just wait."

Obama conceded that Republicans "had a good night" on Tuesday but shied away from more descriptive language of the sort he used in 2010, when he described Republican victories as a "shellacking."

The president, whose unpopularity made him unwelcome to many Democrats running for office, plans to meet congressional leaders from both parties at the White House on Friday to take stock of the new political landscape.

Despite the Republican gains, the election was not necessarily an endorsement of Republican policies. Initiatives championed by Democrats to raise the minimum wage and legalize possession of small amounts of marijuana succeeded in a handful of states where they were on the ballot.

With the bulk of election results in, the dollar surged to a seven-year high against the yen and the Dow and S&P 500 finished at record closing highs, reflecting optimism about pro-energy and other business policies.

Obama said he would like to work with Republicans on a deal to pay for repairs to roads, bridges, ports and other infrastructure. He said a tax reform package might be one way of paying for the infrastructure projects.

The new power structure will test Obama's ability to compromise with newly empowered political opponents who have been resisting his legislative agenda since he was first elected in 2008. Americans elected him to a second and final four-year term in 2012.

One of the first tests could be a bill to approve the Keystone XL crude oil pipeline from Canada, a project about which Obama has voiced reservations. Republican Senator John Hoeven said in an interview on Wednesday that he has enough votes to pass a bill early in 2015 that would approve TransCanada's long-languishing $8 billion pipeline project.

Obama said at the news conference he would let the State Department-run process on Keystone play out, but said his criteria for approving it or not would be based on whether it helped Americans' pocket books.

"Is it going to actually create jobs? Is it actually going to reduce gas prices that have been coming down? And is it going to be, on net, something that doesn't increase climate change that we're going to have to grapple with?" he said.

Energy markets hope Republican control of the Senate will lead to reform of crude and natural gas export laws and motivate the Obama administration to include those energy exports in new, or broader, trade agreements. 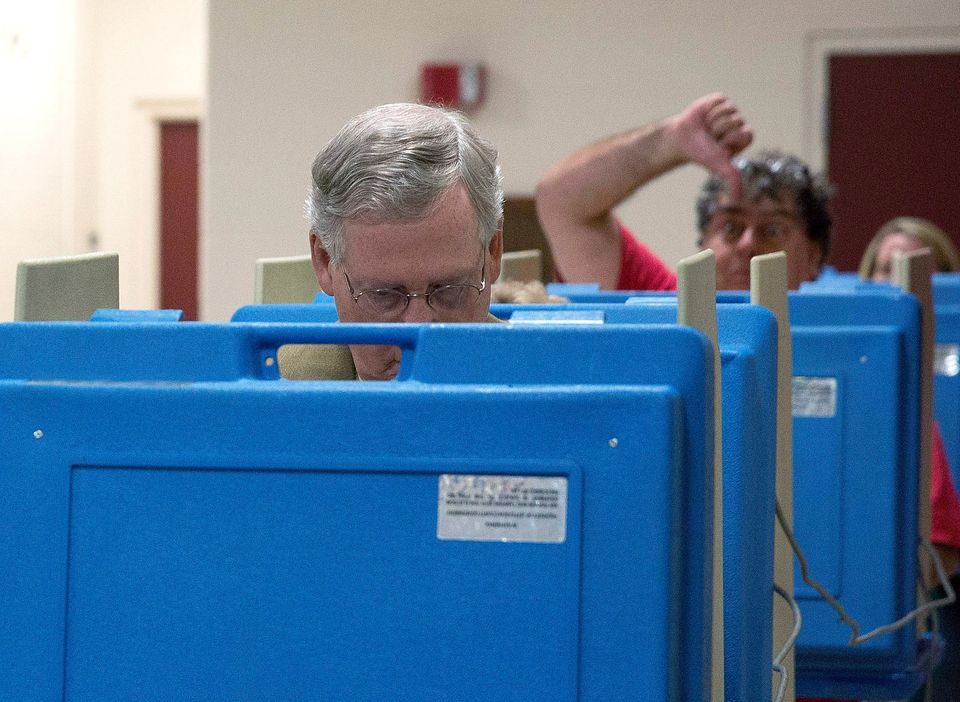