WASHINGTON, April 13 (Reuters) - President Barack Obama's new nominee for health secretary drew some early political fire from Republicans on Sunday in what could foreshadow a stormy election-year confirmation debate in the U.S. Senate over the future of the law known as Obamacare.

Two days after Obama nominated his budget director, Sylvia Mathews Burwell, to head the Department of Health and Human Services (HHS), Republican lawmakers alleged the new nominee could help the White House exert political control over Obamacare enrollment numbers and other data showing how well the reforms are working.

After a disastrous launch last year, the administration's enrollment drive has surpassed the most optimistic independent forecasts by signing up 7.5 million people in private health plans through new online insurance marketplaces.

That number is expected to grow and could approach the 8 million mark as applicants who were unable to complete the process by the March 31 deadline continue to sign up through federal and state-run marketplaces.

The results present a challenge for Republicans, who claim Obamacare is a failure that Americans should reject. They maintain that the actual number of enrollees could be much smaller than the administration's total and many have signed up for Obamacare plans because their original coverage was canceled as a result of the law.

"Burwell is an interesting choice. They know they've got a math problem with Obamacare and the numbers are not going to work out so that the program is actuarially sound," Representative Marsha Blackburn said on CBS' "Face the Nation" program.

"They're going to have to have somebody to kind of spin the numbers and this is something ... I think they're expecting her to be able to do for them," added Blackburn, a senior Republican on the House Energy and Commerce Committee, which oversees healthcare issues.

Burwell, who would succeed outgoing Health and Human Services Secretary Kathleen Sebelius as the public face of Obamacare, needs to be confirmed by the Senate before she can start the job. She sailed through the Senate last year for her current job as director of the White House Office of Management and Budget (OMB) with a 96-0 confirmation vote.

But Republicans say things may not be so easy this time.

"Will the next secretary have Americans' (interests) first, or will they have the administration's policies and try to carry the water for the president?" he said.

"We are going to have an opportunity to discuss with Director Burwell her approach to making sure that the American people are the primary objective and not politics," Scott added.

Republicans hope to wrest control of the Senate from Democrats in November's midterm elections and see Obamacare's unpopularity as a key lever for attracting independent swing voters and turning out their own base.

But the strong enrollment results have revived Obama's fellow Democrats, who now hope the impending change in leadership at HHS will begin a new chapter for the law and help stave off blistering Republican attacks.

"It probably is a good thing to have a new face going forward," Democratic U.S. Senator Sheldon Whitehouse of Rhode Island said on "Fox News Sunday."

Sebelius, whose tumultuous five-year term became overshadowed by last year's botched rollout, told NBC's "Meet the Press" that she made the decision to step down and told Obama in March, after the enrollment effort had bounced back and was meeting its targets.

"The site actually worked, and the great thing is there's a market behind the site that works even better. People have competitive choices and real information for the first time ever in this insurance market," she said.

Blackburn scoffed at the idea that Sebelius' resignation would quell Republican opposition to the Patient Protection and Affordable Care Act.

"No, it's not going to quiet the controversy, I think it's quite the opposite," the Tennessee Republican said. "What it has done is to elevate some of the concerns." (Additional reporting by Doina Chiacu and Sarah Lynch; Editing by Jim Loney and Meredith Mazzilli) 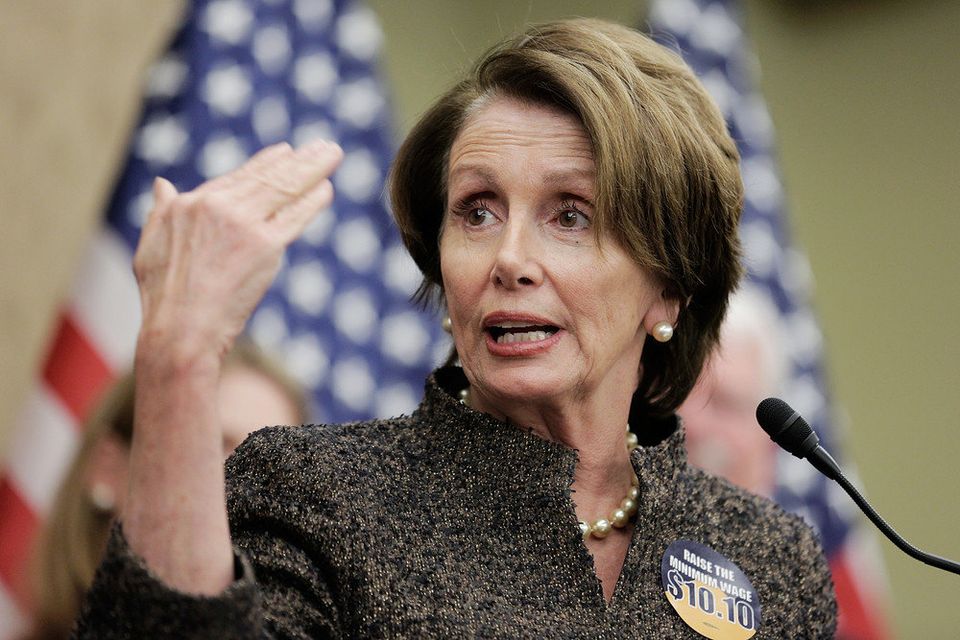 1 / 7
Nancy Pelosi
“Secretary Sebelius was a leader in the long effort to make history for our country with passage of the Affordable Care Act. She has been the key figure in the day-to-day work of implementing the law and securing new protections for patients. Her legacy will be found in the 7.5 million Americans signed up on the marketplaces so far, the 3.1 million people covered on their parents' plans, and the millions more gaining coverage through the expansion of Medicaid. Beyond the law, her lasting impact will be felt in her work to expand mental health services, decrease disparities across communities, and promote women's health."
Getty