With swing states like Ohio and Virginia tucked neatly into coal country, it should come as no surprise that both President Barack Obama and the Republican presidential nominee, Mitt Romney, are eagerly positioning themselves as "friends of coal."

But the truth is, neither man has a legitimate claim to the title.

Last week, the climate action organization Forecast the Facts called on the Obama administration to stop airing an ad that depicts the president as a coal supporter, and Romney as anti-coal.

The ad in question, which was cobbled together late last month and has been flickering across televisions in Appalachia recently, includes a 2003 video clip of Mitt Romney, then the governor of Massachusetts, outside the Salem Harbor coal plant in his home state. "I will not create jobs, or hold jobs, that kill people," Romney says, pointing back at the polluting facility. "And that plant, that plant kills people."

Romney, the Obama ad concludes, is, "Not one of us."

This was meant to counter a Romney campaign narrative that positions the former Massachusetts governor as a champion of the coal industry -- and Obama as an over-regulating destroyer of coal jobs.

"I like coal," Romney declared at the recent presidential debate in Denver. "People in the coal industry," he continued, speaking directly to Obama, "feel like it's getting crushed by your policies."

The line echoed similar sentiment conjured in a campaign advertisement that the Romney team began airing just a few weeks earlier. It showed a resplendent Romney speaking at an outdoor podium in Ohio -- flanked by a regiment of grizzled, hard-hatted coal miners -- and decrying Obama's "war on coal."

Just how well any of this plays in coal country is an open question, but the coal friendly pretense on both sides has never really stood up to scrutiny. To be sure, Romney is the favorite among coal executives and industry lobbyists. By their estimation, the Environmental Protection Agency under Obama, with its raft of regulations and proposed new rules designed to curb greenhouse gases, mercury, sulfur dioxide and other pollutants from coal-burning power plants, is determined to crush the industry.

Asked whether Obama's ad carried any weight in coal country, Don Blankenship, the former chief executive of the now-defunct coal giant Massey Energy, said, "only for pensioners or the uninformed. Coal miners and their families," he continued, "are well aware of Obama's anti-fossil fuel positions."

Carol Raulston, a spokeswoman for the National Mining Association, more or less agreed.

"EPA's policies during the Obama years have distorted the marketplace to disadvantage coal as America's most consistently affordable source of electricity," Raulston said. "As a result, more than 6,000 coal mining employees have lost their jobs this year -- primarily in Appalachia. Longer term, American consumers and businesses will pay more for their electricity."

Still, while it's true that coal's contribution to the American energy portfolio is shrinking fast, EPA actions are only part of the picture -- and a very small part at the moment. Much bigger, according to most analysts: cheap natural gas, which is nudging electricity producers to switch fuels. 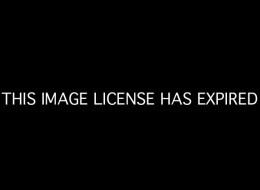 An Ohio coal miner looks on during a visit from Republican presidential hopeful Mitt Romney.

No doubt stiffer EPA rules will make life difficult for coal producers over the long haul -- and perhaps even continue to shrink the coal workforce. But what the Romney campaign carefully ignores when positioning the candidate as a protector of coal jobs is that the industry -- increasingly mechanized and less needful of manpower -- has been shedding jobs for a long time anyway, even as production has risen. Today, only about 86,000 Americans work in coal mines, down from as many as 150,000 workers 40 years ago, according to the federal Energy Information Administration.

As for that regiment of coal miners standing shoulder-to-shoulder with Romney, they were apparently forced to be there -- and to forgo a day's pay -- by their employer, Murray Energy Company. The New Republic magazine later uncovered evidence that Murray employees had long been coerced by management to donate to the Romney ticket.

The Ohio Democratic Party is calling for a criminal investigation.

In this light, many of the coal industry's rank and file view Romney, whose anti-union rhetoric and apparent disdain for the working classes have not been lost on many Americans -- with an air of caution.

"Many of our members were already aware of Gov. Romney's comments from 2003, so that comes as no surprise to them," Phil Smith, a spokesman for the United Mine Workers of America, said of the most recent Obama ad. "Most union miners understand that Romney is no friend of workers, especially union workers."

At the same time, UMWA membership -- which has refused to endorse a presidential candidate -- isn't buying Obama's "friend of coal" narrative either.

"I can't speak for non-union miners -- including those who were the unpaid extras in the Romney ad," Smith said, "but I do know that our active members are very concerned about the long-term viability of their jobs, especially once natural gas prices return to their historically normal levels well above coal prices. At that point, the regulations currently being advanced by the EPA will make it difficult, if not impossible, for coal to regain the market share it's losing today because, unable to meet the overly stringent timelines EPA insists upon, so many utilities will have switched fuels.

"They see that the industry their families have relied on for generations to provide a secure living is being squeezed by a government agency that appears not to care what happens to them," Smith added. "The fact that this is happening under a Democratic administration, which the vast majority of union miners have loyally supported for decades, is extremely unsettling for them and their families. This more than anything else will reverberate throughout the coalfields for a long time to come, whatever the results of the current election."

Whatever your feelings about coal -- inarguably a dirty, polluting, planet-warming fuel source that would, in the long run, be better left in the ground -- it's still hard to dismiss the concerns of ordinary folks who continue to feed their families by harvesting the stuff. And this is what makes Obama's cloying, friend-of-coal come-on as grating and disingenuous as Romney's staged back-slapping at an Ohio coal mine.

Sure, both campaigns might reckon that standing up for coal workers will resonate with a wider audience of voters for whom coal mining remains a gritty and romantic emblem of America's waning industrial might. What else can be made, for example, of the weeping orchestral strings that provide the score for team Romney's ad, where burly coal miners, filtered in twilight-blue light, stride in slow motion past mountains of raw black rock, or cast their eyes into the middle-distance, presumably contemplating their uncertain future?

But in the end, both men are peddling -- to borrow a phrase from Vice President Joe Biden's own debate performance Thursday evening -- a bunch of stuff.

"I do believe that Mitt Romney being a friend of coal is just political and just playing to his Republican base," said Roger Philpot, the retired son of a Kentucky coal miner who now maintains a web site documenting the struggle of coal workers. "The coal industry in my opinion has to be regulated just like anything else, and to ignore clean air for us to breathe, and do away the EPA, is not justified just for the sake of jobs.

"But I will tell you this," he added. "Folks in coal country do not like Obama, and are solidly against him."