As Americans head to the polls Tuesday to pick the next U.S. president, religious voters could have a significant impact. In battleground states such as Ohio, where 26 percent of voters are Catholics, and evangelical-heavy Iowa, the campaigns have continuously targeted the "God" vote.

In the days leading up to the election, both the campaigns of President Barack Obama and Republican presidential nominee Mitt Romney released new videos presenting their candidate as more friendly to religion. In a three-minute video that was uploaded this week to YouTube, the Obama campaign extols the president as someone who is "leading with faith values," with a mix of clips of the president talking about his Christian faith in speeches alongside testimonials from clergy. The video shows a Catholic professor in Washington, D.C., praising Obama as a "man with with deep Christian faith that has a real sense of the common good," and a rabbi in Illinois who says Obamacare's policies regarding insurance coverage of pre-existing conditions stem from a religious sense of equality and care for the community.

In two videos from last week, the Romney campaign presented its nominee as the champion of religious freedom and claimed the Obama administration has waged a war on Catholic institutions.

Obama has been strongly criticized by Catholic bishops for his health care law's requirement that most religious institutions, including hospitals and schools, provide employees with birth control with no co-pay as part of insurance plans. Earlier this year, the Obama administration revised the rules to put the burden of paying for contraception coverage solely on insurance companies, but many Catholic institutions have protested because they are self-insured.

More broadly, Republican vice presidential nominee Rep. Paul Ryan rallied conservative supporters on a conference call this week in part by saying that Obama's vision for the U.S. would "compromises those values -- those Judeo-Christian, Western civilization values that made us a great and exceptional nation in the first place."

Several polls in the last week have shown that voters in several battleground states are nearly evenly divided between the candidates.

Ohio, where Jews make up 1.3 percent of the population, and Florida, which has about 640,000 Jews, are the two battleground states where a few Jewish votes could swing the electoral results. Virginia, also in play, has more Jewish voters than Ohio and could also prove pivotal to the results. Other states with larger Jewish populations such as New York, New Jersey and California are solidly blue and out of contention for Republicans.

The campaigns, as part of their outreach, have also received endorsements from major pastors and religious figures, as shown in the slideshows below. (Not every person listed below has officially endorsed a candidate, but each has indicated his or her support for Obama or Romney in some way.)

What was your polling place like this year? The Huffington Post is eager to hear your experiences and see your photos. Email us at openreporting@huffingtonpost.com. 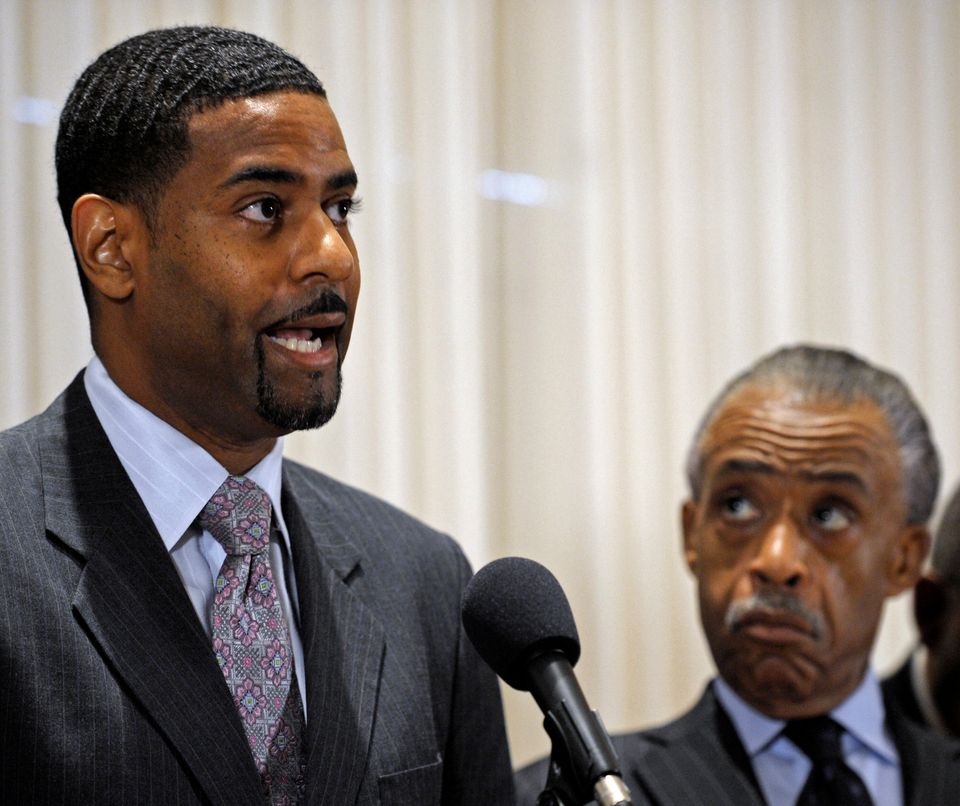 1 / 8
Rev. Otis Moss III
Rev. Otis Moss III, pastor of Chicago's Trinity United Church of Christ, endorsed Obama, who was formerly a member of the church when it was led by the controversial Rev. Jeremiah Wright. "We are writing to offer our strong and enthusiastic endorsement of President Barack Obama... We must reelect this President," he <a href="http://elev8.com/606240/rev-otis-moss-ii-rev-charles-jenkins-standing-up-for-obama/">wrote</a> in a recent public appeal.
AP 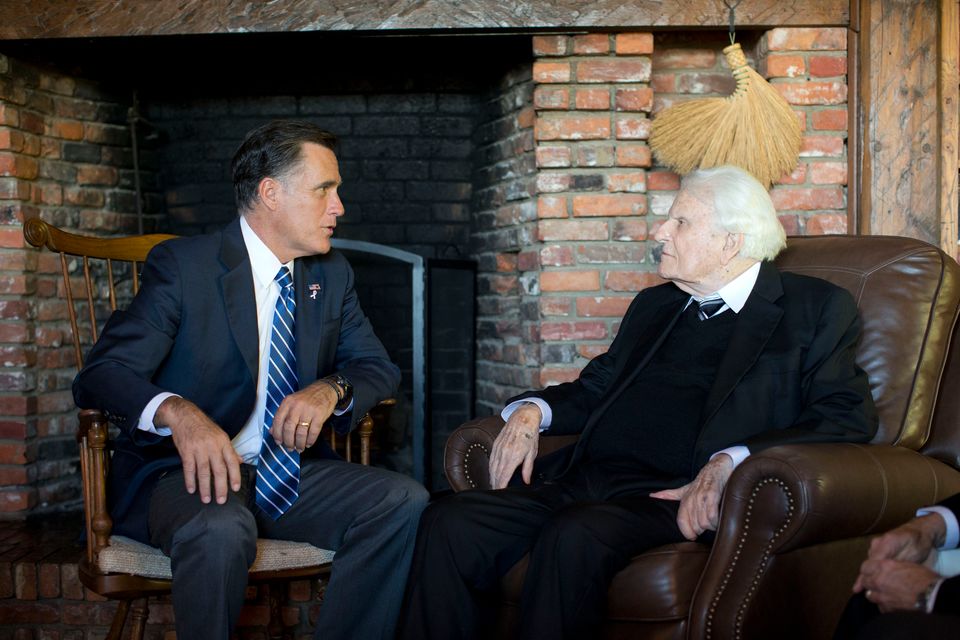 1 / 8
Rev. Billy Graham
In mid-October, Romney met with Graham and his son, Franklin, who leads the Billy Graham Evangelistic Association. The elder Graham stopped short of an endorsement, but told Romney that he would do "all I can to help you." Later, the BGEA released a series of newspaper ads that many people have interpreted as <a href="https://www.huffpost.com/entry/billy-graham-ads-mitt-romney_n_1983113">indirect endorsements</a> of Romney.
AP