President Barack Obama sat Wednesday for a moment inside the Montgomery, Ala., city bus where Rosa Parks refused to give up her seat. The bus is currently housed at the Henry Ford Museum in Dearborn, Michigan.

Obama later reflected on the moment at a fundraiser in suburban Detroit. "I just sat in there for a moment and pondered the courage and tenacity that is part of our very recent history but is also part of that long line of folks who sometimes are nameless, often times didn't make the history books, but who constantly insisted on their dignity, their share of the American dream," he said, according to a White House pool report. 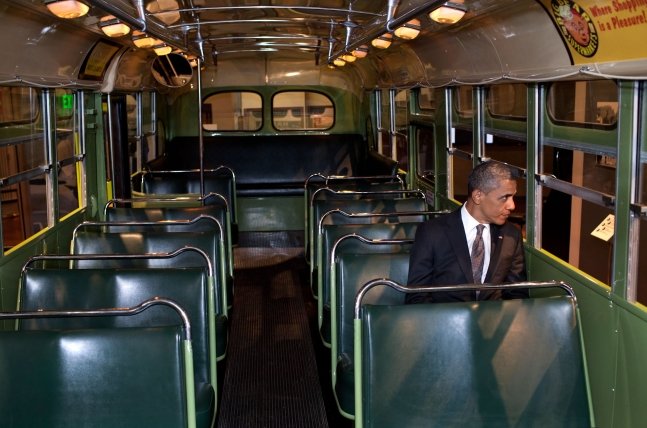