Unless you live under a rock, we're sure you came across the series of photos of President Obama snapping selfies with fellow world leaders at Nelson Mandela's memorial service on Tuesday. 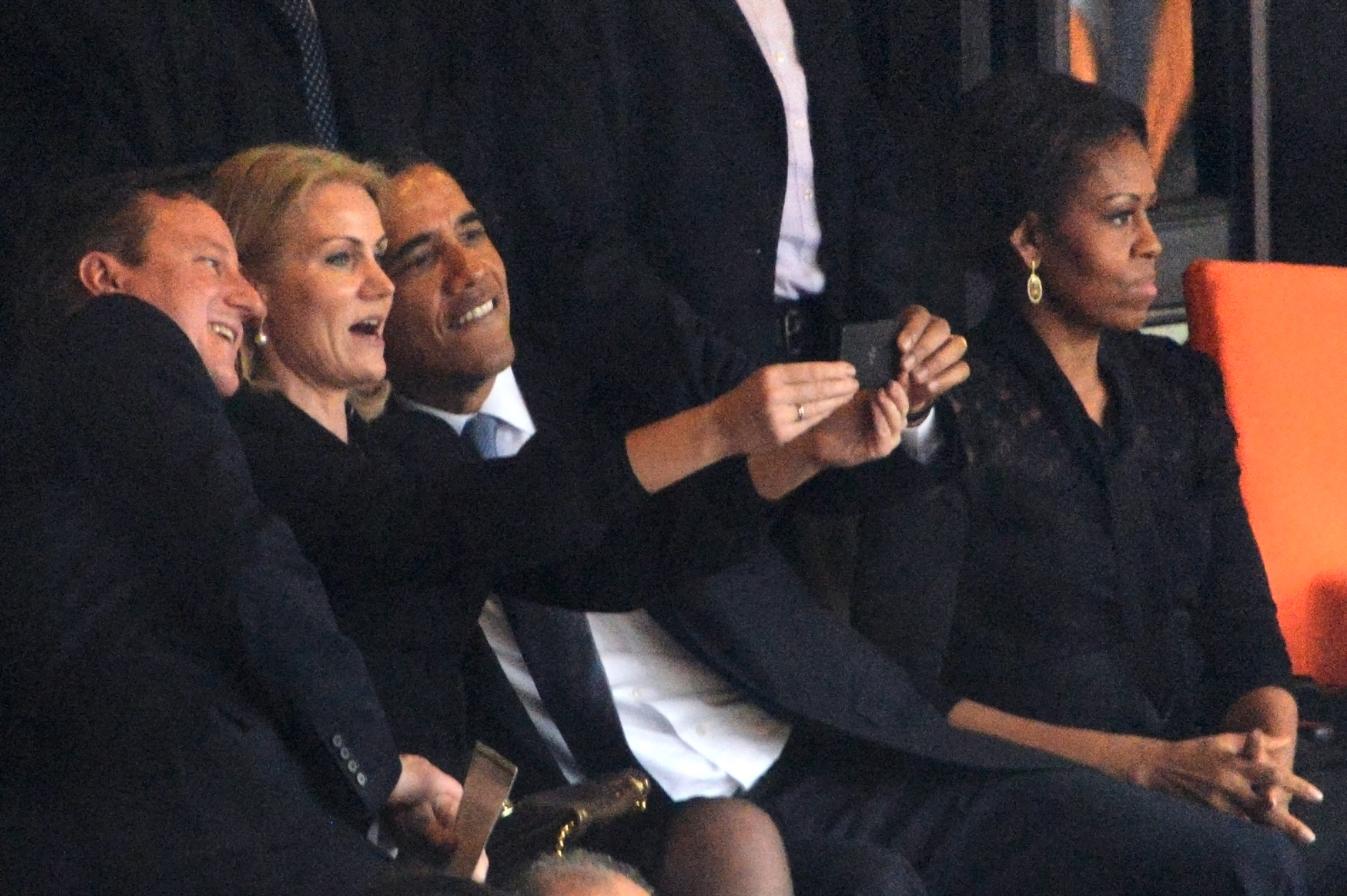 Naturally, the internet exploded with commentary and criticism, wondering why the president thought it was appropriate to jest at an event marking such a somber occasion. But one critique that piqued our interest was that of the first lady's response to her husband's behavior.

Of course, out of context, the images made it seem like Michelle Obama wasn't very happy with POTUS, not only was he taking selfies at the memorial service of an internationally revered leader, he was also cozying up to the pretty blond Danish Prime Minister Helle Thorning-Schmidt--and we've all watched one too many episodes of "Scandal" not to speculate.

And that's just what websites did. The folks at Daily Mail described their take on the situation:

"It seems that the frosty faced First Lady was so unimpressed with her husband's behavior that she eventually put an end to the fun."

But we still weren't sure if we thought the responses perpetuated widely held assumptions about women of color, or if it was just the Internet doing what the Internet does best. So, we reached out to you for your opinion, posing this question on Twitter and Facebook:

Did the series of Obama selfie photos perpetuate stereotypes of FLOTUS as an angry black woman? #TellUs http://t.co/AbSgWpM4dO

And here's what you had to say:

Yes, it did. Every commentary I have read was a racialized stereotype of a bitter, grim, or angry black woman.

Still others brushed the responses off as ignorant and nothing more than the Internet topic of the day. Of course, the photographer who actually snapped the series of images eventually revealed that everyone read the whole incident wrong (surprise, surprise), and that Michelle was in fact joining in on the fun too, although it wasn't caught on camera.

The lesson to be learned: sometimes, pictures don't really speak a thousand words...or do they?