President Barack Obama, Britain's Prime Minister David Cameron and Denmark's Prime Minister Helle Thorning Schmidt can be seen in the photo below taking a selfie during a memorial service for Nelson Mandela on Tuesday: 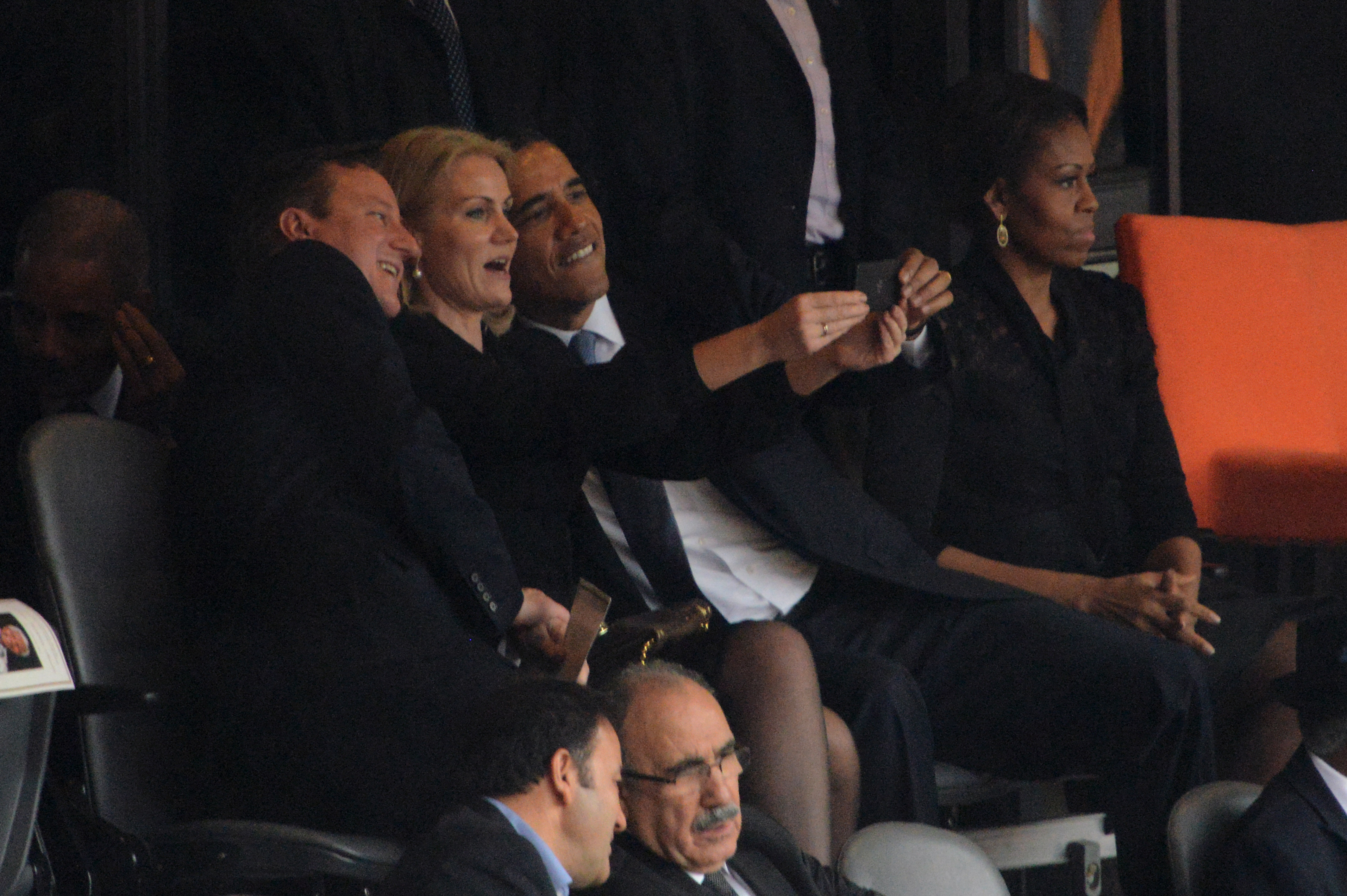 President Barack Obama and British Prime Minister David Cameron pose for a picture with Denmark's Prime Minister Helle Thorning Schmidt next to First Lady Michelle Obama during the memorial service of South African former president Nelson Mandela at the FNB Stadium in Johannesburg on December 10, 2013. Mandela, the revered icon of the anti-apartheid struggle in South Africa and one of the towering political figures of the 20th century, died in Johannesburg on December 5 at age 95. (Photo: ROBERTO SCHMIDT/AFP/Getty Images)

UPDATE: Roberto Schmidt, the photojournalist for Agence France-Presse who caught President Barack Obama goofing around with British Prime Minister David Cameron and Danish Prime Minister Helle Thorning-Schmidt at the memorial for Nelson Mandela, said Wednesday that world media had a skewed interpretation of the snapshot. Go here to read his take.