The White House released a photo of President Obama skeet shooting on Saturday, following a wave of skepticism about Obama's claim that he participates in the sport "all the time."

The "skeeter" flap began when Obama told The New Republic about his Camp David hobby, raising some eyebrows.

"If he is a skeet shooter, why have we not heard of this? Why have we not seen photos?" Rep. Marsha Blackburn (R-Tenn.) said earlier this week. "I think he should invite me to Camp David, and I'll go skeet shooting with him. And I bet I'll beat him." 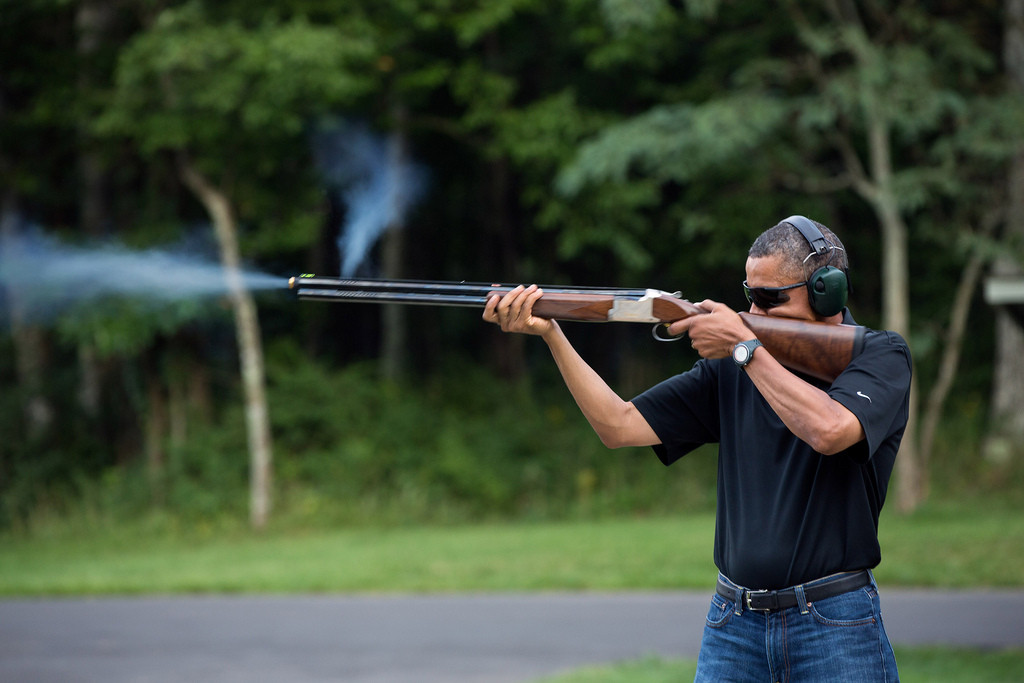 Obama Vs. The Fly