I went and got the original footage from the Clinton ad, and then compared it to 3 different video clips of the same debate from 3 different sources. I did this so as to take into account any editing, or quality issues, that might have accounted for Obama having darker skin in any particular video. None of the 3 video sources I found showed Obama nearly as black as the Hillary ad does. Click the image above to see a larger version. Look at his lips. Look at his eyebrows. Look at how the red MSNBC background has turned more purple. Clearly the image was darkened. The question is "why."

Make the comparison yourself: 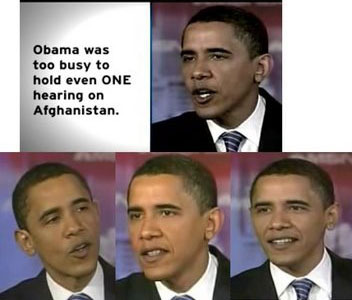 One of the first times I distinctly recall this issue being brought to the forefront was the Time Magazine cover picture of O.J. Simpson after his arrest. Time was heavily criticized for darkening the shade of Simpson's skin in the cover photograph.

Whether intentional or not, the message was that a darker skinned Mr. Simpson somehow was more threatening or frightening than a lighter skinned Juice.

Check out the original picture comparison: 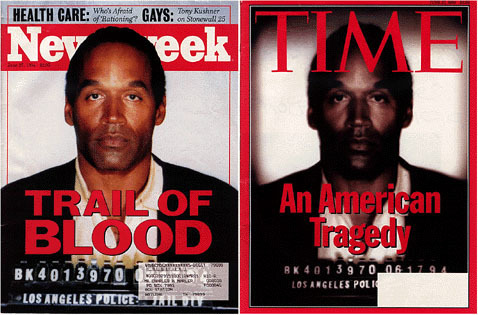