President Barack Obama briefly left a D.C. barbecue restaurant hanging on Wednesday, when he and his entourage left the establishment without paying the check.

ABC News reports on the meeting at Kenny’s BBQ on Capitol Hill:

As the group chatted about fatherhood, the president enjoyed a steaming plate of pork ribs with hot sauce, collard greens, red beans and rice and cornbread.

The bill for the president and his four guests was $55.58, but was left unpaid at the point of sale, according to pool reports.

Obama was holding the early Father's Day luncheon with members of the military and barbers to tout a new parenting initiative called "Fatherhood Buzz." The program is meant to provide dads with child rearing advice at local barbershops.

While the White House was quick to rectify the mistake, the momentary lapse contains a bit of unassociated irony, as just a day earlier the president sought to make a restaurant analogy to criticize Republicans.

“It’s like somebody goes to a restaurant, orders a big steak dinner, martini, all that stuff,” Obama told a crowd gathered in Baltimore. “And then, just as you’re sitting down, they leave, and accuse you of running up the tab!”

Obama Skips Out On Check At Restaurant
Obama Goes To Lunch At Kenny&#039;s BBQ 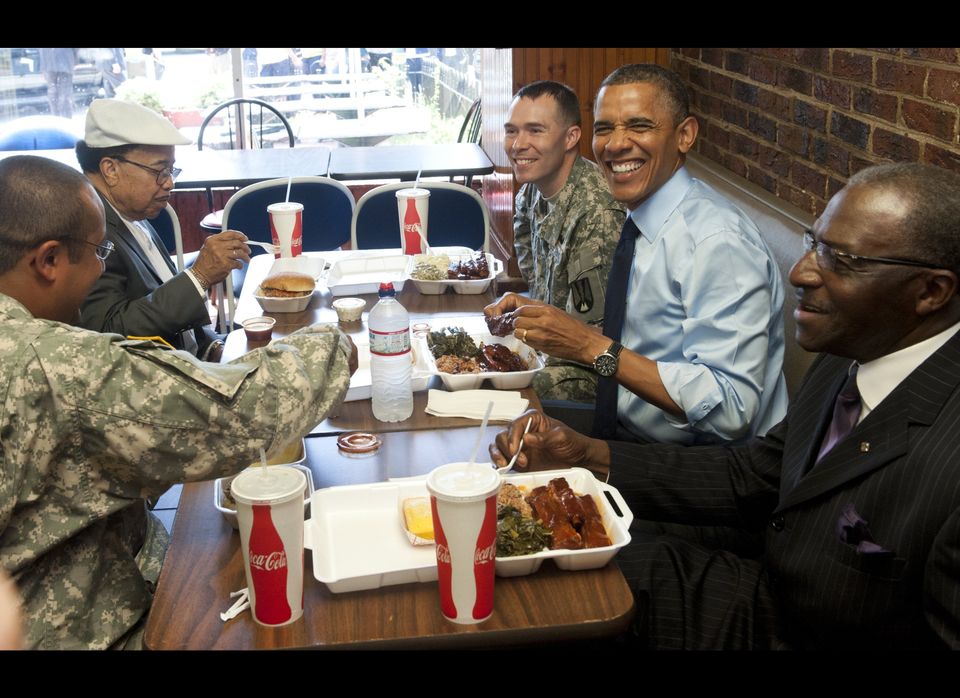