It appears that President Barack Obama got caught in Spider-Man's web at the end of October.

A White House photo released for TIME magazine and published Wednesday shows the president playing with the son of a staffer outside the Oval Office on Oct. 26.

The president was able to escape, though. He went on to win a second term less than two weeks later. 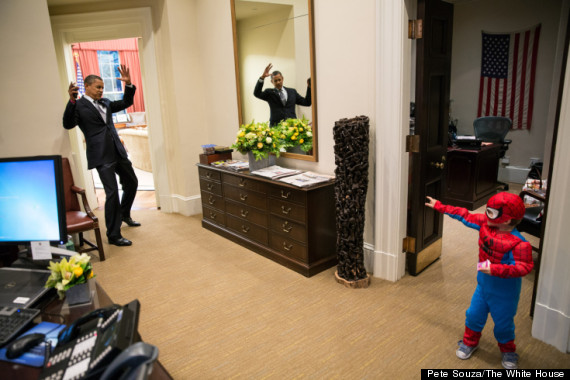 It's not the first time that Obama was photographed around a superhero. As a senator, he posed like Superman, with Superman.