STONEHENGE, England (AP) — President Barack Obama has crossed one off the bucket list.

Obama carved out time Friday to play tourist, stopping at Stonehenge before flying back to Washington after attending a NATO summit in Wales.

"How cool is this?" he remarked while being led on a guided tour of the ancient stone circle tucked into the rolling green English landscape about 80 miles southwest of London. 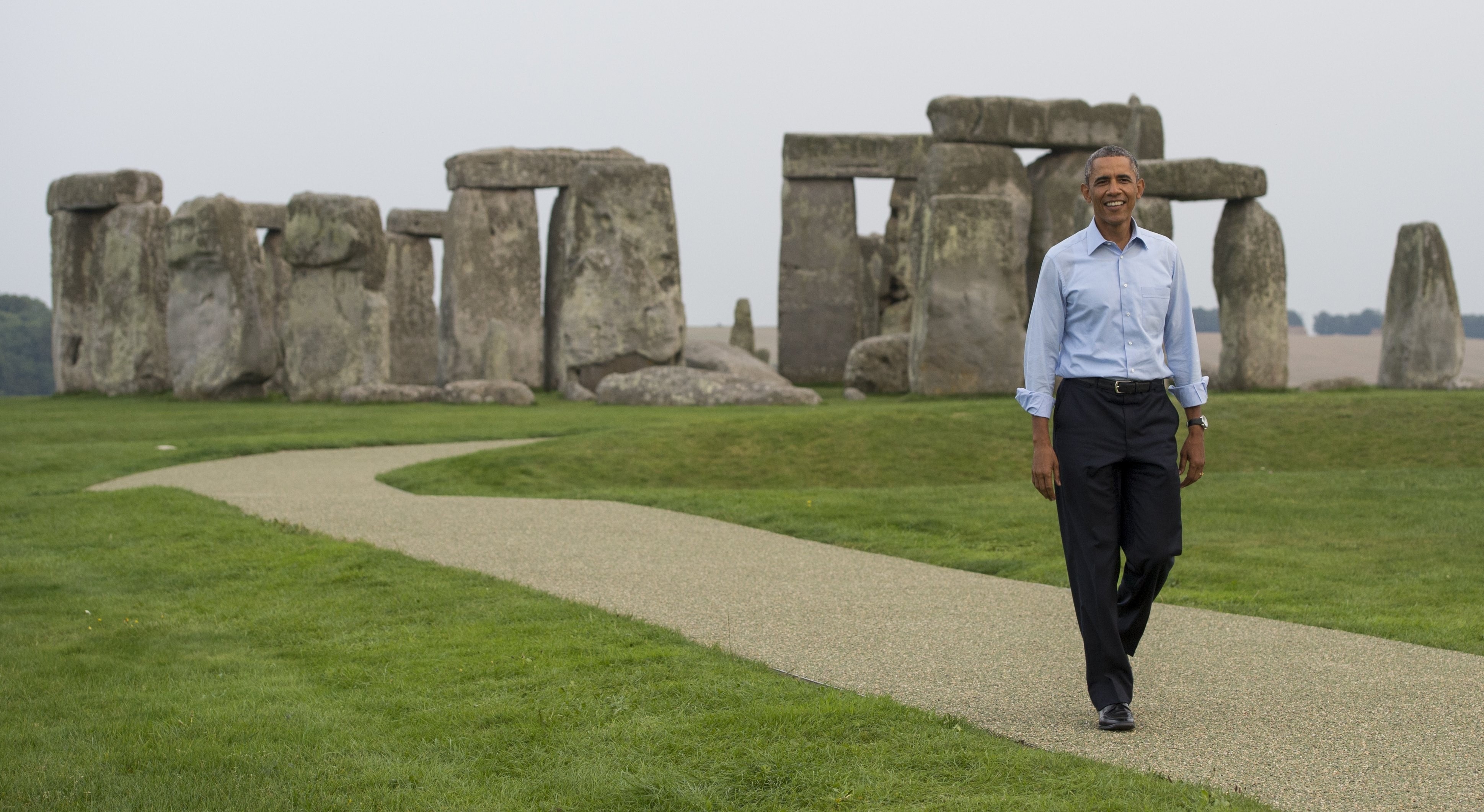 The sightseeing stop meant Obama would get back to the White House about an hour later than originally scheduled, but the president was all smiles.

Obama had removed his suit jacket to walk among the massive stones in apparent awe.

Stonehenge was built in three phases between 3000 B.C. and 1600 B.C. Archaeologists agree it was a temple — but to which gods, and exactly how it was used, remains unclear. The monument is on UNESCO's list of World Heritage List.

Asked whether Stonehenge was something he'd always wanted to see, Obama said it was.

At one point, Obama walked over to a man and a woman and three kids as they made their way through a nearby field of sheep. He spent a few minutes chatting with the excited family.

Twitter user @BeesRun posted a photo of her family with the commander in chief near Stonehenge.

Obama said he also saw Stonehenge from Marine One, the presidential helicopter that took him from Wales to England for the flight to Washington.