President Obama made his traditional bookstore stop this weekend, browsing local shop Politics & Prose in northwest Washington, D.C. on what's come to be known as Small Business Saturday. But it would appear the president did well on Black Friday, too, or at least upgraded his wardrobe as of late: He was wearing a trim, brown leather jacket and jeans that did not appear to be light, baggy "dad" jeans.

He might have been channeling his daughters, who looked stylish in their own casual wear. (Are those Uggs we spy on Sasha?) But we're impressed by POTUS nonetheless, who looked cool and at ease as he picked up several books, including "Collision Low Crossers: A Year Inside the Turbulent World of NFL Football," "Harold and the Purple Crayon" and "Ragtime" by E. L. Doctorow.

President Obama, if this new laid-back look is a sign of things to come (in the style department, at least), we're pretty darn excited about 2014. 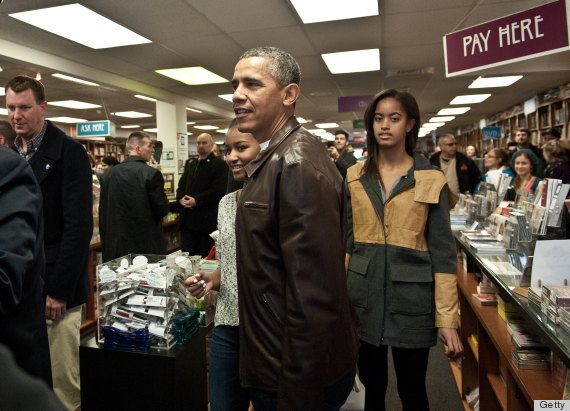 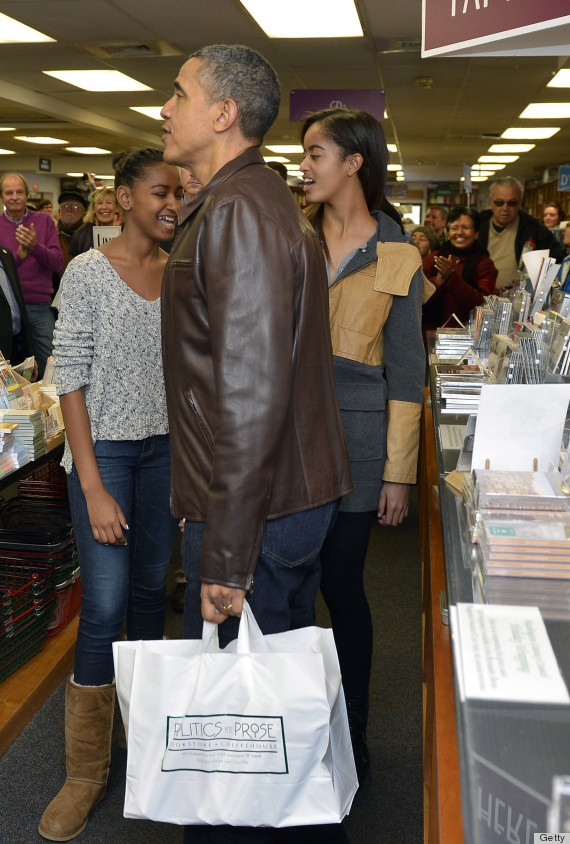 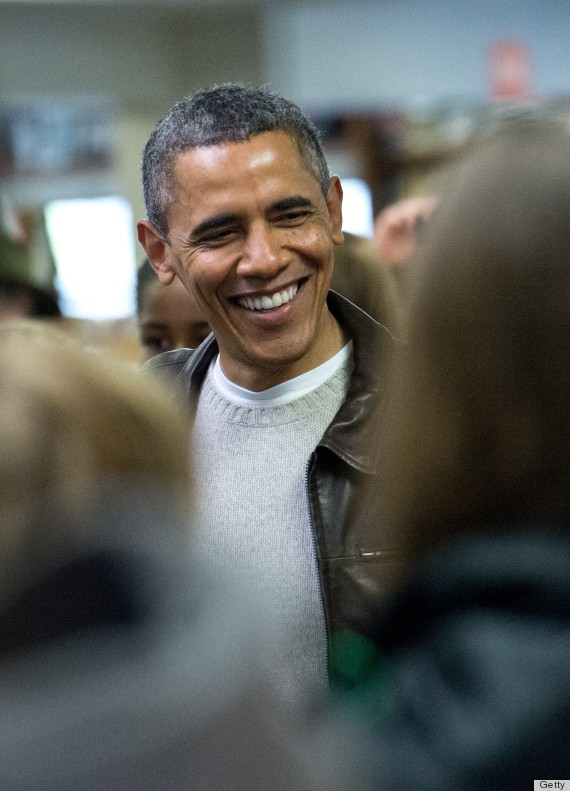 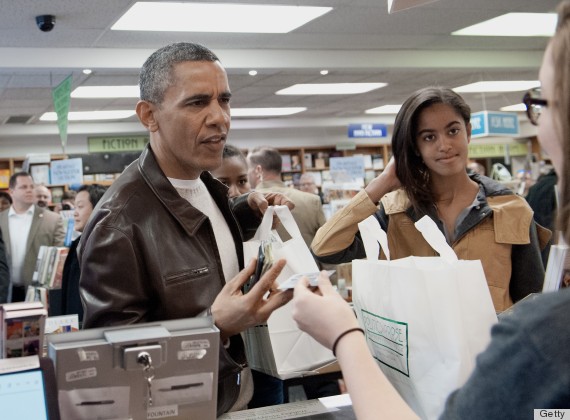 Remember how he used to dress?