Obama made the announcement while presenting preliminary plans for his presidential library and center in Chicago’s Jackson Park neighborhood. Construction will take four years, but Obama said he wanted the facility to start offering programs immediately.

“We don’t want to wait for a building,” he said. “One of the things that we will be starting this year is Michelle and I personally are going to donate $2 million to our summer jobs programs here in the community, so that right away, young people can get to work and we can start providing opportunities to all of them.”

Obama, who has faced criticism for making paid speeches to Wall Street since leaving the White House, said one reason he wanted his presidential center to begin offering programs is to combat the perception that Chicago is a dangerous city besieged by gun violence.

“As somebody who has not been right here in Chicago over the last couple years, whenever I visit, I tell people, Chicago’s never looked more beautiful. It has, it has never sparkled more,” Obama said. “And yet, if you ask a lot of people outside of Chicago about Chicago, what’s the first thing they talk about? They talk about the violence.”

Obama didn’t mention President Donald Trump by name, but Trump has repeatedly painted Chicago as dangerous. Trump has tweeted about “horrible carnage” in the city and threatened to send in federal agents. Homicides in Chicago had been decreasing for several years, but ticked up last year. Trump has said the national murder rate is the highest it has been in nearly a half-century ― a claim that’s untrue.

Obama said his presidential center’s programming will aim to make a lasting impact on the community.

Obama estimated the presidential center would create 200 to 300 permanent jobs, and 1,400 to 1,500 jobs during construction. Economic development as a result of the library would produce an additional 2,000 jobs, he added.

Obama, speaking without a tie, said he didn’t want Wednesday’s announcement to be formal, “because I’m home.”

He said he wants his presidential center to transform Jackson Park to look more like better-maintained parks on the north side of the city. The center, he said, will be a campus that could have studios, where directors like Spike Lee and Steven Spielberg, as well as musicians like Chance the Rapper and Bruce Springsteen, could work with young activists.

“What we want this to be is the world’s premier institution for training young people and leadership to make a difference in their communities, in their countries and in the world,” Obama said. 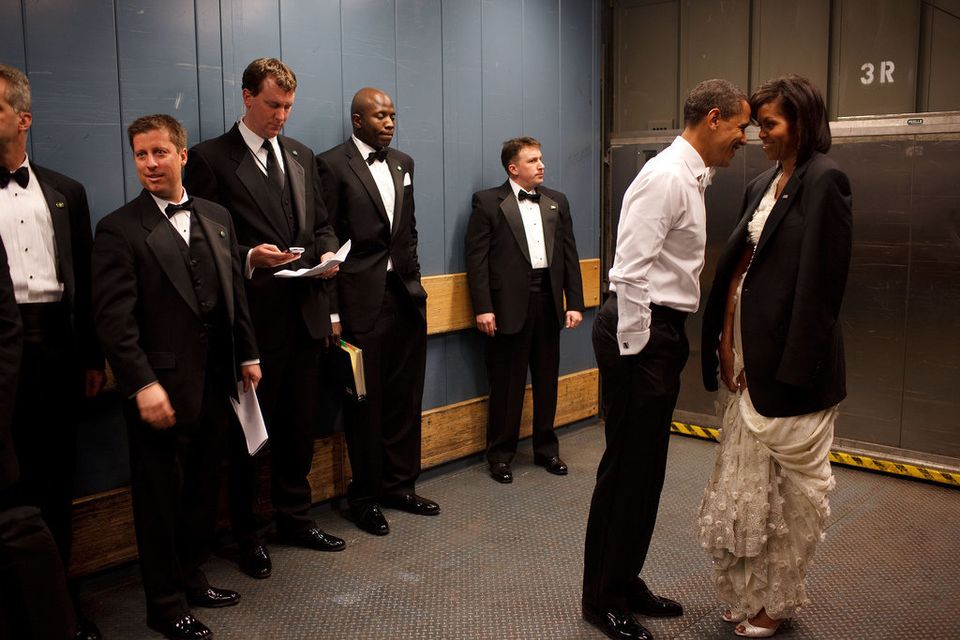