We'd been holding our breath all day, waiting to see if President Obama would go for a swim during his Gulf vacation...and finally, all of our questions have been answered. From the White House Flickr comes a photo of the Prez and Sasha taking a dip in Saint Andrew Bay off of Alligator Point, in Panama City Beach, Florida.

Obama kept writers guessing earlier about his swimming status, saying he would, but not in front of the cameras. According to the pool report:

He joked that the last time he went swimming without his shirt on he wound up on the cover of magazines. Pool joked that that's a good thing. FLOTUS, standing nearby, chimed in: "No it's not," she said, shaking her head and smiling.

Barack ultimately ditched his shirt and took the plunge. Here's a pic of the Obamas in the water on Saturday, and check out the last time the President went shirtless. 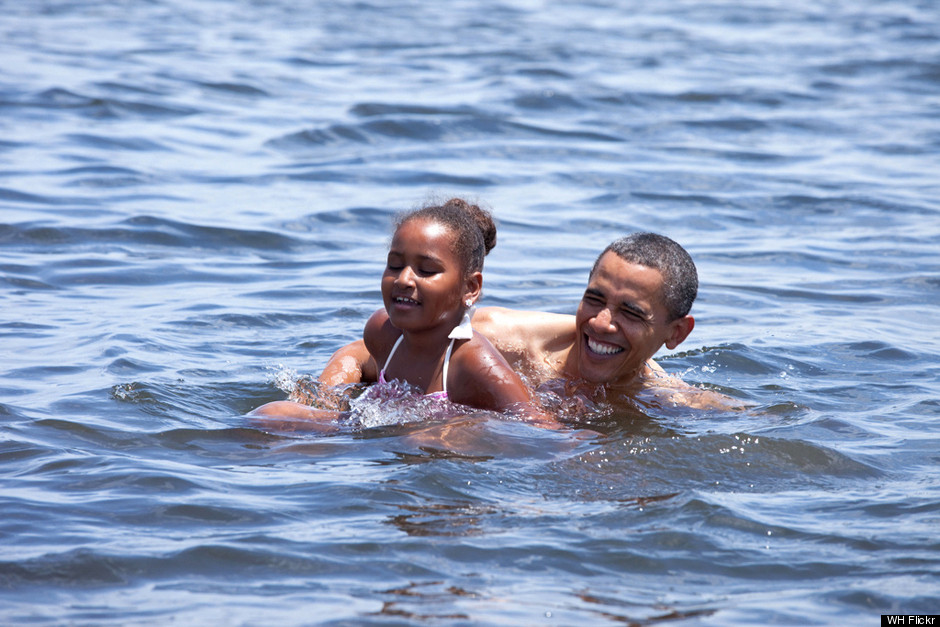