WASHINGTON (AP) -- The White House braced for a tough sell of President Barack Obama's long-awaited decision on whether to commit tens of thousands of new U.S. forces to the stalemated war in Afghanistan, even as the president met Monday with top advisers for the last major discussion before an announcement "within days."

Military officials and others expect Obama to settle on a middle-ground option that would deploy an eventual 32,000 to 35,000 U.S. forces to the 8-year-old conflict. That rough figure has stood as the most likely option since before Obama's last large war council meeting earlier this month, when he tasked military planners with rearranging the timing and makeup of some of the deployments.

The president has said with increasing frequency in recent days that a big piece of the rethinking of options that he ordered had to do with building an exit strategy into the announcement -- in other words, revising the options presented to him to clarify when U.S. troops would turn over responsibility to the Afghan government and under what conditions.

As White House press secretary Robert Gibbs put it to reporters on Monday, it's "not just how we get people there, but what's the strategy for getting them out."

Obama held the 10th meeting of his Afghanistan strategy review since mid-September on Monday night, with a large cast of foreign policy and military advisers, to go over that revised information from war planners. The two-hour Situation Room session was aimed at discussing "some of the questions that the president had, some additional answers to what he'd asked for," Gibbs said.

The spokesman said the president left the war council meeting without announcing a decision to the group, but added it would become public soon.

"After completing a rigorous final meeting, President Obama has the information he wants and needs to make his decision and he will announce that decision within days," Gibbs said late Monday.

The spokesman said the president did not share his thinking on what he would speak about when he makes an announcement.

The administration's plan contains "off-ramps," points starting next June at which Obama could decide to continue the flow of troops, halt the deployments and adopt a more limited strategy or "begin looking very quickly at exiting" the country, depending on political and military progress, one defense official said.

"We have to start showing progress within six months on the political side or military side or that's it," the U.S. defense official said. [...]

As McClatchy reported last month, the Obama administration has been quietly working with U.S. allies and Afghan officials on an "Afghanistan Compact," a package of political reforms and anti-corruption measures that it hopes will boost popular support for Karzai and erase the doubts about his legitimacy raised by his fraud-tainted re-election.

The meeting was arranged for the unusual nighttime slot to accommodate both Obama's packed public schedule on Monday and the fact that many of his top advisers were leaving town for the holiday. No more war council meetings are on the calendar.

The presidential spokesman had said ahead of the meeting that it was possible Obama could lock in a decision then, or that one could come "over the course of the next several days." In either case, it will not be announced this week, he said, and the meeting concluded with no announcement about a decision.

The White House is aiming for an announcement by Obama next week, either Tuesday or Wednesday, after Congress returns from its Thanksgiving break. 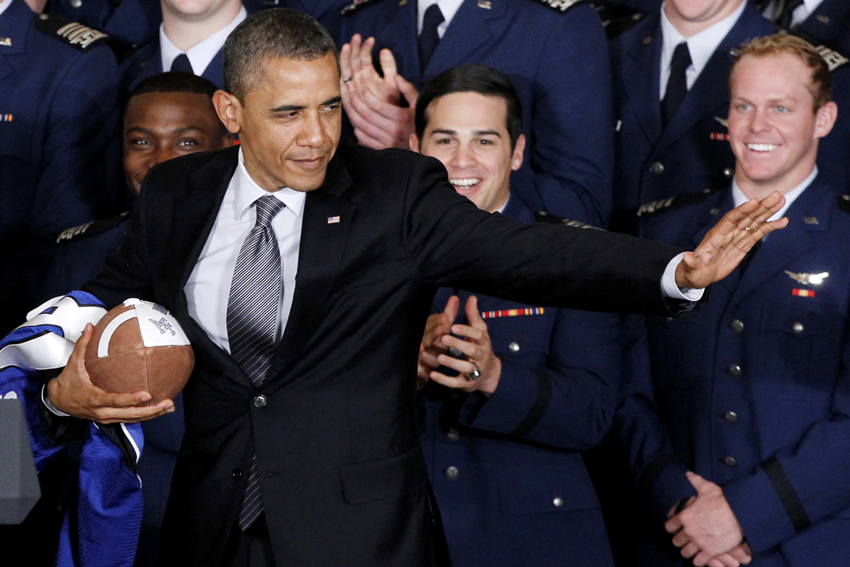 Military officials, congressional aides and European diplomats said they expect Obama to deliver a national address laying out the revamped strategy. Obama said in a television interview last week: "At the end of this process, I'm going to be able to present to the American people in very clear terms what exactly is at stake, what we intend to do, how we're going to succeed, how much it's going to cost, how long it's going to take."

Congressional hearings would immediately follow that address, including testimony from the U.S. commander in Afghanistan, Gen. Stanley McChrystal. Others likely to take part in hearings would be Secretary of State Hillary Rodham Clinton, Defense Secretary Robert Gates and U.S. Ambassador to Afghanistan Karl Eikenberry. All four were among the approximately 20 top administration officials and Obama advisers participating in the talks Monday night -- one of the biggest groups gathered for these sessions in some time.

Obama must not only sell his plan to the public, but to foreign allies whose additional resources the White House wants in Afghanistan and to lawmakers on Capitol Hill who would be asked the fund the effort.

Gibbs said that the subject of a war tax on the wealthy, proposed by a handful of leading Democrats, has not come up yet in the president's extensive war council meetings. But the idea, though unlikely to pass Congress, is one way for Democrats who are coming to dislike the war in greater numbers to challenge the president to confront the cost of any escalation.

Democratic allies of the president, such as House Speaker Nancy Pelosi, D-Calif., and Senate Armed Services Chairman Carl Levin, have become more outspoken on the war in other forums as well.

The force infusion expected by the military would represent most but not all the troops requested by Obama's war commander, for a retailored war plan that blends elements of McChrystal's counterterror strategy with tactics more closely associated with the CIA's unacknowledged war to hunt down terrorists across the border in Pakistan.

McChrystal presented options ranging from about 10,000 to about 80,000 forces, and told Obama he preferred an addition of about 40,000 atop the record 68,000 in the country now, officials have said.

Obama has already ordered a significant expansion of 21,000 troops since taking office. The war has worsened on his watch, and public support has dropped as U.S. combat deaths have climbed.

The additional troops would be concentrated in the south and east of Afghanistan, the areas where the U.S. already has most of its forces, military officials said. The new troops that already went this year were directed to help relieve Marines stretched to the limit by far-flung postings in Helmand province and that would continue, while the U.S. effort would expand somewhat in Kandahar.

The increase would include at least three Army brigades and a single, larger Marine Corps contingent, officials said.

All officials spoke on condition of anonymity because the decision is not final.

U.S. war planners would be forgoing the option of increasing U.S. fighting power in the north, a once-quiet quadrant where insurgents have grown in strength and number in the past year. But McChrystal's recommendation never called for a quick infusion there.

In the absence of large additions of ground forces, dealing with the north would probably require relying more heavily on air power, two military officials said. Any such additional air strikes would be more successful if, as U.S. officials hope, Pakistan turns up the heat on Taliban militants on their side of the border.

As originally envisioned by McChrystal, the additional U.S. troops would begin flowing in late January or after, on a deployment calendar that would be slower and more complex than that used to build up the Iraq "surge" in 2007. McChrystal's schedule for full deployment has it taking nearly two years, military officials said.

The relatively slow rollout is largely driven by logistics. But it also could give the White House some leverage over Afghan President Hamid Karzai. U.S. officials note that where and how fast troops are deployed are a means to encourage fresh and more serious efforts at cooperation and clean government in Afghanistan.