The cost of enrollment in the health care exchanges that open Oct. 1 will depend on a person's age, family size, tobacco use, income — and geographic location, with significant variation among cities and states. The average nationwide price of basic coverage was $249 a month, not including tax credits that could reduce the cost for many Americans, according to a report the Obama administration released Wednesday.

Why is the cheapest "bronze" plan just $144 in Minnesota and $425 on average in Wyoming? Prices hinge on many factors, including how much health care services cost in the region. Premiums on the health insurance exchanges also depend in part on how many insurers are competing in the local market. 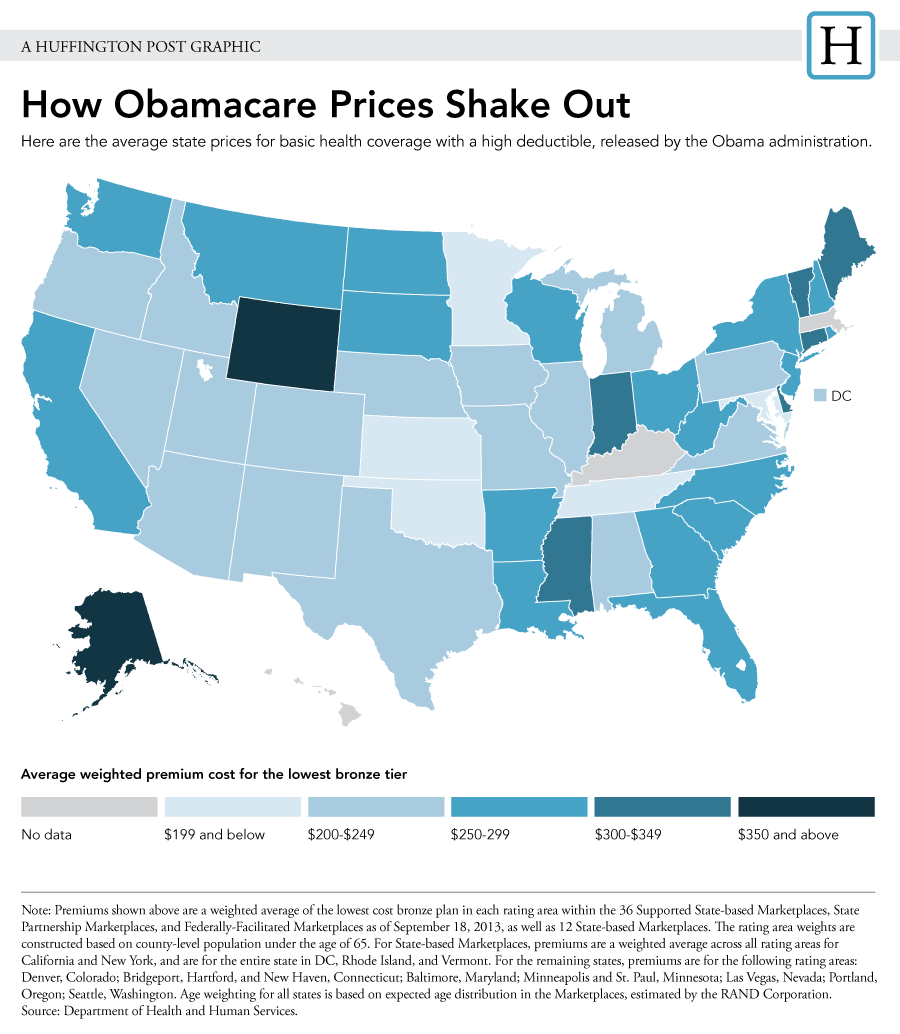 “The more choices you have, the lower the premiums,” a senior administration official told ThinkProgress. “States with few insurance companies who didn’t get a lot of new competitors this coming year, still have higher premiums.”

These prices may not reflect what consumers will actually pay, as more than half of the uninsured will be eligible for federal subsidies that would reduce the cost of coverage to less than $100 per month.

Because most Americans already have coverage through their employers or government programs, only a small slice of the population is likely to enroll in the health care exchanges. See who will be affected here.

What Will You Pay For Obamacare? Depends On Where You Live (MAP)
Obamacare Haters