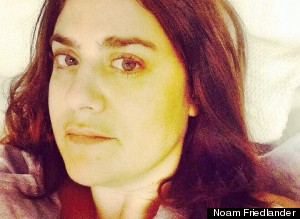 LOS ANGELES - In January, a doctor told Noam Friedlander, who was suffering from excruciating lower back pain, that she needed surgery to remove part of a severely herniated disc. Friedlander had Blue Shield insurance through Covered California, California's version of Obamacare, and planned to use it to cover the costs of the operation.

But when she started to call surgeons covered by Blue Shield, she ran into a roadblock. Surgeons who were covered by her insurance operated out of hospitals no longer covered by her insurance -- or vice versa. Friedlander spent days on the phone, hours on hold, making dozens of calls across Southern California, trying to match a surgeon with a hospital that would both be covered. In total, she reached out to 20 surgeons and five hospitals.

"No one could help me. Some expressed sympathy," Friedlander, 40, told The Huffington Post in an email. "They told me, 'I'm so sorry -- it's all just so new. You're a victim of the changes. No one knows what they're doing.'"

Unable to match a hospital and a surgeon that were both covered, Friedlander started haggling between doctors for a cash price for the surgery. She chose a surgeon who wasn't covered by her insurance but who operated in a hospital that was covered. She expects her insurance to pay the hospital bill, but she had to pay for her surgeon's bill herself. In the end, she had to take out two credit cards so she could pay $16,000 out of pocket.

The first national open enrollment period under the Affordable Care Act ended last week, with a total of more than 10 million Americans signing up for public and private health plans through the insurance exchanges created under the law. More than 3 million of those enrollees are in California. Across the U.S., because of ACA government subsidies and an expansion of Medicaid in more than half of all states, many individuals and families who previously couldn't afford insurance now can.

However, nationwide, about 70 percent of Obamacare plans offer fewer hospitals and doctors than employer-sponsored group plans or pre-ACA individual market plans, according to a study by consulting firm McKinsey & Company released in December. This narrowed number of doctors and hospitals is what Friedlander encountered when trying to match a surgeon and hospital that would both be covered.

"We understand that some people are having trouble getting access to the doctors and hospitals they need," Rideout said. "And we're working very hard to fix [that] as fast as we can."

The Affordable Care Act increased insurers' costs by forbidding denial of coverage to consumers with pre-existing conditions and by imposing taxes and fees to fund aspects of the new law. To make up for ACA costs and keep premiums low, Blue Shield asked its doctors and hospitals to accept payments from the insurer at rates reduced up to 30 percent.

Rideout said that Blue Cross's network narrowed in a similar fashion to Blue Shield. He said Covered California is working directly with both networks and state regulators to ensure access and provide clearer information to physicians and consumers. He added that gaps in access are largest in Southern California, the part of the state where the most subsidy-eligible people live.

"It's definitely harder than it should be," Rideout said regarding the task of matching a doctor who's covered with a hospital that's also covered.

Earlier this month, the Obama administration issued strict new standards for health insurers to address a flood of complaints from consumers who said that ACA plans were too expensive and offered too few doctors and hospitals.

David Fear, an insurance agent in Sacramento, thinks the narrow network problem will be resolved by more doctors and hospitals agreeing to accept the lower reimbursement rates from Blue Shield and Blue Cross.

"In this health care reform process, everybody has been taking a hit -- insurers, agents and non-subsidized consumers," Fear said. "If we're all taking in less money, doctors should be too. As we're trying to control the cost of care, they'll be forced to come to the table next or face losing patients."

Some people who couldn't afford health insurance before the ACA -- including low-income, sick or elderly people -- will tolerate narrower networks if it means lower premiums, Fear said. But other people who already had insurance, especially healthy, young people, may be paying more under Covered California for fewer hospitals and doctors.

And when signing up for a plan, it's difficult to determine which doctors and hospitals are still covered. "You can sign up on Covered California and think you're totally fine, only to find out later that you're totally hosed," Fear said. Specialist doctors, such as surgeons, ob-gyns and urologists, declined Blue Cross and Blue Shield's lower payments most frequently. Fear estimates that about two-thirds of Blue Cross and Blue Shield's specialists have opted out of the networks. 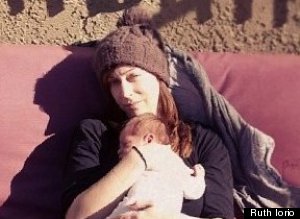 Like Friedlander, Ruth Iorio, a 35-year-old new mother from Los Angeles, is struggling to find the care she needs in Blue Shield's smaller network. She signed up for Blue Shield through Covered California in November because the Covered California website listed her hospital, UCLA, as accepting Blue Shield, she said. However, after Iorio gave birth in December, she was told that her ob-gyn at UCLA was not covered by her insurance. So she paid out of pocket.

"My insurance is pretty useless. And I'm not fussy about what doctor I see," Iorio said. "I don't know what to do. I may just drop it for myself and keep my son on it. It's really depressing."

Before joining Covered California, Iorio had an individual Blue Shield plan that was cheaper than what she now pays and that gave her wider access to doctors and hospitals.

Wagner said she is hopeful that more doctors and hospitals will join Blue Shield's network in the future. "With any large sweeping change like the implementation of the ACA, there will be some confusion in the market," she said. "I expect it will get better."