President Barack Obama suffered a setback Tuesday in a legal battle that threatens to unravel his health care reform law. A federal appeals court panel, led by two Republican-appointed judges and opposed by one Democratic appointee, voted that ambiguous wording in the the Affordable Care Act means residents of states that didn't establish their own health insurance exchanges aren't eligible for subsidies to make their coverage more affordable.

Since 36 states allowed the federal government to set up and operate their exchanges, that's a lot of people -- and a lot of money that would be taken away if the ruling in Halbig v. Burwell is upheld. More than 5.4 million people purchased health insurance on a federally run exchange in those states during the first Obamacare enrollment period. Tax credits are available to people earning up to 400 percent of the federal poverty level -- or $45,960 for a single person this year -- and 86 percent of federal exchange enrollees received this financial assistance. On average, these tax credits are worth $264 a month, which amounts to a 76 percent discount off full price for these consumers. Take that money away, and a lot of those folks will wind up uninsured.

But the ruling hasn't blown up Obamacare -- yet. Another federal appeals panel, led by three judges appointed by Democrats, unanimously ruled in Obama's favor in a similar lawsuit, King v. Burwell, showing this issue has a ways to go before anything happens to anyone's subsidies. The White House will demand the full D.C. Circuit appeals court reconsider the Halbig case, and a majority of its judges are Democratic appointees. A majority of judges in the full appeals court handling the King case also were appointed by Democrats. Ultimately, it may fall to the Supreme Court to decide. That would be the same Supreme Court that declined to destroy Obamacare in a different lawsuit two years ago. 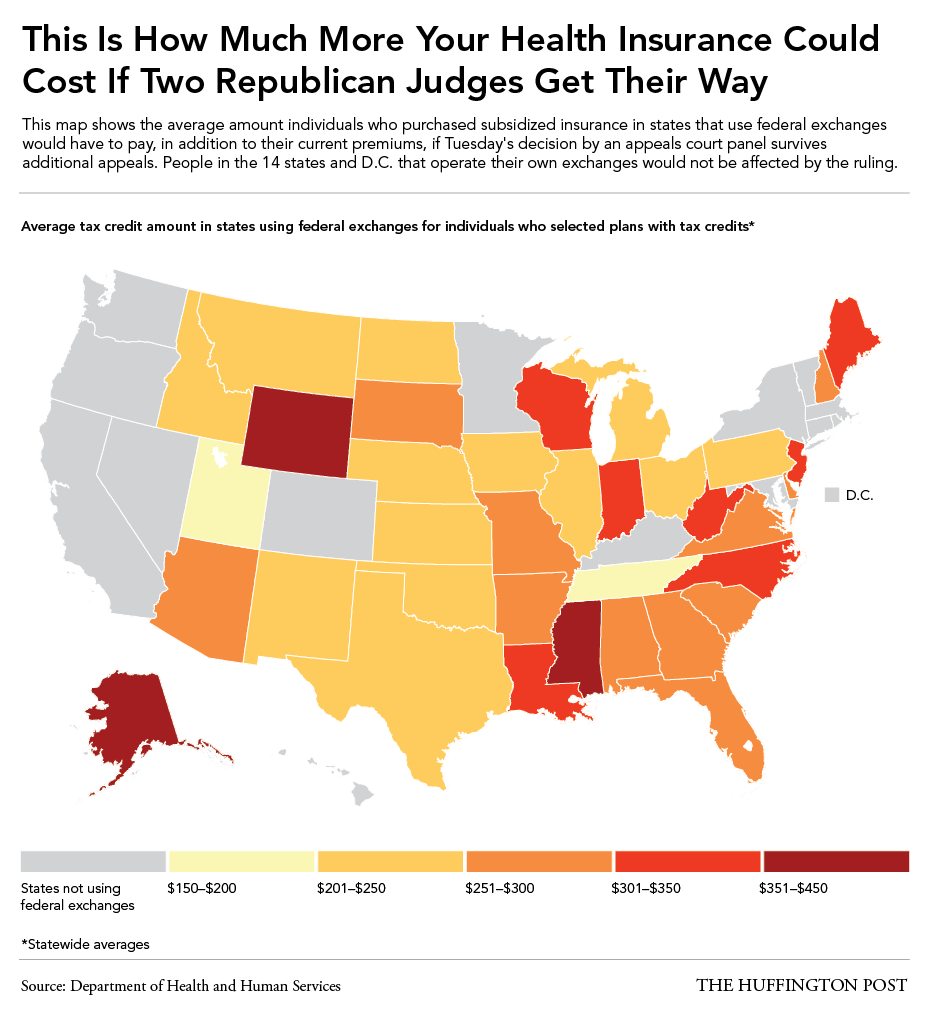